Sightseeing in Florianopolis - what to see. Complete travel guide 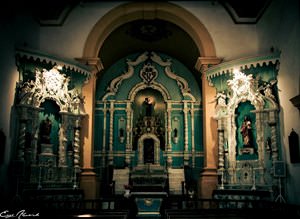 The amazing city of Florianopolis can be deservedly called one of the most picturesque cities in Brazil. Founded in 1726, it is the capital of the state of Santa Catarina

. Part of the city, including its central area, lies on the island of the same name, while the other part is continental. The areas separated by the strait are connected by the biggest suspension bridge of the country. The stylish city attracts travelers from all over the world, offering them a well-developed infrastructure, picturesque beaches, and many interesting leisure establishments. Traditionally the peak of the tourist season falls on the summer months, i.e. deep winter typical for the Northern Hemisphere.
Top hotels in Florianopolis for business trip or short vacation
Florianopolis pleases tourists with top-level inns and hotels. The total number of available accommodation facilities is more than 400. Prestigious hotels worth noting include Sofitel …

Open
Travelers are attracted not only by the variety of entertainment and magnificent beaches but also by the unique atmosphere reigning in the city. The state of Santa Catarina is usually referred to as the so-called "white states" of Brazil. The fact is that a significant part of the local population is descendants of European immigrants. A few centuries ago these picturesque places began to be actively mastered by immigrants from Germany, Italy, and Portugal, therefore an original international culture has been formed here over the years.
Florianopolis resembles a typical European resort rather than a Brazilian city with its authentic African-Indian exotics. Experienced travelers often compare Florianopolis with beautiful Venice, Rome and even Lisbon due to its unique national charm, original architecture and cultural traditions. At the same time, the city has all the features of modern metropolises. Here you will find a stylish built environment, a variety of shopping malls and entertainment centers, lively promenades. The infrastructure of the city is largely geared towards tourists. Copyright www.orangesmile.com
Shopping in Florianopolis - main shopping streets, outlets and boutiques
If you are going shopping, please note that it is better to pay for goods with a card in Florianopolis. Cashless payments are available even in small tourist shops here. Of course, you can …

Open
They are sure to be pleased with a worthy choice of high-class beach hotels. Rest on the picturesque beaches remains a favorite entertainment for many travelers. The charming city locally known as Floripa appeals not only to beach holiday fans. It is ready to offer its guests a rich excursion program. The variety of historic landmarks located in the city can amaze even experienced tourists. 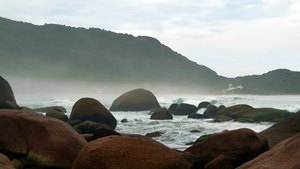 The first major settlement on the site of the present city appeared in 1662. A migrant from Portugal, Francisco Dias Velho, founded a small village here and named it Nossa Senhora do Desterro. The village area gradually expanded, and 50 years later a large city appeared in its place. Visitors to Florianopolis have the opportunity to admire its beautiful buildings dating back to 17-18 centuries, which has managed to preserve their original look. The region is also rich in natural attractions, including the most famous one - the Lagoa da Conceicao

freshwater lake. Florianópolis is an amazing modern city with a rich history, capable of impressing fans of a variety of leisure activities.
Family holidays with kids in Florianopolis. How to entertain your child, things to show to children.
Florianopolis is a good place for families with children. If you want your child to have the opportunity to meet his peers from other countries, you should look for hotels with their own …

Open
In Florianopolis, there are more than forty beaches, so the resort offers excellent conditions for water sports and entertainment. Daniela and Brava beaches are among the most crowded in Florianopolis. Not far from them, vacationers will find numerous hotels and entertainment centers. These beaches are particularly popular with young people who are usually fond of numerous clubs and bars nearby. Thanks to such a well-developed infrastructure, it is easy to relax and have fun there from morning until late at night. Besides that, there are modern water sports centers and beach gear rental offices. 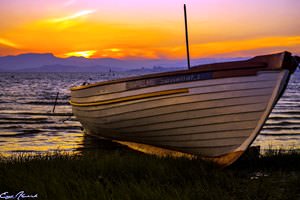 Mozambique Beach is one more notable destination of the region. The length of this beach is 14 kilometers. Vacationers should keep in mind that this beach has strong waves, so it has been a favorite destination of surfers for many years. Travelers seeking secluded and private atmosphere and those who want to admire gorgeous nature will find all these and more at Santa Catarina Island. This island is famous for its gorgeous tropical landscapes and lush exotic flora that grows close to the coastline. Naturally, the beaches of Santa Catarina do not have any infrastructure, so it is important to take all the necessary items in advance.
Cuisine of Florianopolis for gourmet with top restaurants and cafe
You can find dishes borrowed from African, Injun, French, and Portuguese culinary traditions in Florianopolis. You can also find great Italian restaurants, Japanese sushi cafes, and even a …

Open
Lagoa da Conceicao is an unusual destination for beachside recreation. This lagoon lake is quite shallow and safe to swim. Lagoa do Peri is another picturesque place where vacationers can conveniently combine beachside recreation and exploration of the fabulous area. There are several interesting hiking trails that start not far from the lagoon. Campeche is a tiny island that is incredibly popular with fans of snorkeling. Coastal waters of this island are mostly shallow and have a rich underwater world. The island itself is also very interesting to explore as there are several unique archaeological sites there.

This guide to iconic landmarks and sights of Florianopolis is protected by the copyright law. You can re-publish this content with mandatory attribution: direct and active hyperlink to www.orangesmile.com.
Florianopolis - guide chapters 1 2 3 4 5 6 7 8 9

City tours, excursions and tickets in Florianopolis and surroundings

National and city parks around Florianopolis
♥   Park 'Parque Natural Municipal Do Morro Da Cruz' , 1.9 km from the center. On the map

♥   Park 'Parque Natural Municipal De Navegantes' , 85.1 km from the center. On the map

Art galleries in Florianopolis and around
♥   Art museum 'Santa Catarina Art Museum' Santa Catarina, 3.3 km from the center. On the map 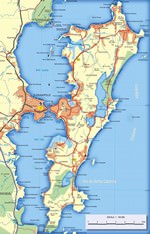 Search touristic sites on the map of Florianopolis

Sightseeing in regions nearby Florianopolis

Balneario Camboriu
This is a relatively young settlement that was founded on July 20, 1964. Balneario Camboriu has become internationally renowned thanks to its unique night parties and gorgeous beaches. This is a favorite vacation destination for tourists of all ages. Is there something interesting about Balneario Camboriu? The leader in popularity is undoubted – the Laranjeiras Beach, ... Open »
Curitiba
The opera house opened in 1992. The main hall of the building can provide space for up to two thousand people. The architecture of the transparent building is truly marvelous and unique. All visitors to this theater find it unusual and one-of-a-kind. The road to the theater amazes even experienced tourists. In order to reach the opera theater, you will need to walk on the ... Open »
Porto Alegre
Children never feel bored in Farroupilha Park because there is a special small zoo for kids. The zoo mostly has domestic animals and several exotic species brought from Europe. There is a separate playground for children in the park with different amusements. Fans of cycling will be pleased to find quality roads for bicycles. There are even areas where visitors are permitted ... Open »
Santos
Santos is known for its beautiful, rich and fertile terrain, on which is grown one of the best sorts of coffee – Bourbon. This coffee has a sophisticated bitter-sweet, slightly buttery flavor with a slight acidity, which is not found in the ordinary Santos. The city is cut by small bays, but the length of the beach surrounding the city is striking with its length. Santos ... Open »
Sao Paulo
Modern Sao Paulo is the industrial metropolis of skyscrapers that reminds of the old Chicago. However, despite numerous grey buildings you can always find seclusion in Sao Paulo if you visit the magnificent Ibirapuera Park or enjoy planted green areas Alameda Santos and Morumbi. You will feel the true spirit of history if you visit the City Museum of Art, which presents the ... Open »
Ilha Grande
It’s interesting to explore Dois Rios village, which is located on the territory of one of the most picturesque island beaches. Here you can admire a small old church with an interesting interior, as well as residential buildings or walk around incredibly beautiful tropical gardens, which are also among the major attractions of the island. Climbing Pico do Papagaio is one of ... Open »

All about Florianopolis, Brazil - sightseeings, attractions, touristic spots, architecture, history, culture and cuisine. Prepare your trip together with OrangeSmile.com - find out the 'must see' things in Florianopolis, which places to visit, which excursions to take, where the breathtaking views are waiting for you. Planning your trip with this travel guide will help your to get the most out of Florianopolis in few days.