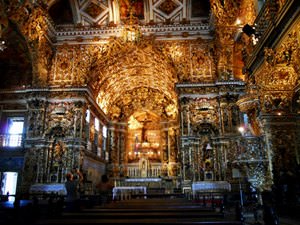 Local people have their own habits and mentality. If you do not know the specifics of the worldview of Brazilians, then many things may seem very unusual in Salvador. For example, “jeitinho brasileiro” can be considered the main feature of all citizens. These words can be translated as "the Brazilian style of behavior." However, the word "style" is used in a little pejorative sense in this phrase. This concept covers all areas of Brazilian life. It permeates all layers of society - from beggars to city administration.
Best beaches and recreation areas around Salvador
Many travelers know Salvador primarily as an excellent beach resort. In the city center, you can find Farol da Barra Beach, one of the busiest and most popular in Salvador. The sandy beach …

Open
It is almost impossible to articulate exactly what “jeitinho brasileiro” means. It includes an easy attitude to life, the ability to get out of a difficult situation with minimal losses, and simply incredible unpunctuality. Perhaps, the phrase "it is not necessary to do something today if it can be postponed for tomorrow" can become the slogan of citizens. Is it worth saying that nothing is done on time with this life approach in Salvador? Moreover, this attitude applies not only to the late arrival of taxi drivers or the delivery agreement not signed on time. Everything is large-scale. The deadline for collecting documents for the post of mayor is extended here. This is due to the fact that the candidates do not provide anything before the appointed date. The broadcast grid of TV channels is being shifted, and the deadline for the construction of apartment buildings and shopping centers is being moved. This is because there is a habit not to worry about current problems and to relate easily to life in the customs of Brazilians. If there is an opportunity to postpone the resolution of the problem for later, then Brazilians will definitely use it. Moreover, it may turn out later that the problem was solved by someone else, and there is nothing to do at all.
The high level of corruption is quite logically resulting from this approach. Many citizens of Salvador believe that the easiest way to find a way out of a difficult situation with the lower losses is a bribe. This is considered quite normal here. This is something like a national distinctive feature. Copyright www.orangesmile.com
Top hotels in Salvador for business trip or short vacation
Beautiful historic hotels are very popular among visitors to Salvador. A real tourist attraction is the fashionable Pestana Convento do Carmo Hotel. It is housed in a luxury colonial …

Open
Keep in mind that walking through the dark streets alone is an extremely bad idea, despite the fact that local residents hate violence and all conflicts are trying to resolve in peace. This is hardly a safe city. So be careful and avoid poorly lit streets. Local people love to communicate. They can talk to you in a queue, on a bus, or in a bank corridor, for example. However, the girl's direct offer to meet is considered extremely indecent. 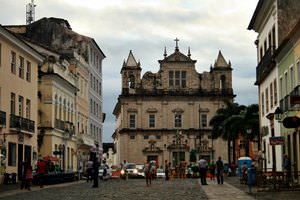 Do you speak English well and expect to be easy to communicate with the people of Salvador? Unfortunately, if you are retired at least a little from the tourist routes, only knowledge of Spanish can help you. The locals don't speak much English. By the way, don't be surprised that many fair-haired and blue-eyed men and women talk about themselves as native city residents in the third or fourth generation, or even more. Despite the stereotype, not all citizens are dark and black-haired. It is also interesting that the owners of dark brown hair are also called blondes in the local culture.
Shopping in Salvador - main shopping streets, outlets and boutiques
If you are going to go to local stores, remember that the best type of payment is cashless here. You will find terminals even in small shops. Of course, you can pay for the purchase in cash. …

Open
Don't be surprised when you see a man in flip-flops in an expensive restaurant. Such footwear is considered appropriate not only on the beach here. It is customary to answer only "Tudo" (fine) to the question "Tudo bem?"(Is everything okay?), even if it does not correspond to the truth. 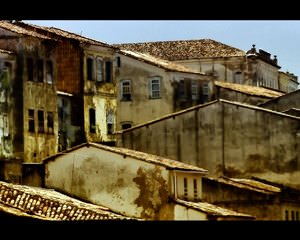 Don't be surprised if someone starts talking about their housekeeper. Even poor families hire a man who comes to clean their houses once or twice a week here. There are two or even three bathrooms in many apartments. You will not see carpets on the floor anywhere. There is also no wallpaper on the walls almost anywhere. This interior design is not accepted here.
Guide to Salvador sightseeing - things to see and to visit
The museum city of Salvador is the capital of Bahia state. it is considered the most "African" city of Brazil and is one of the most densely populated cities in the country. Founded in 1549, …

Open
The locals are mostly Catholic. Almost 70% of the residents attend church every Sunday. Christmas is the main holiday of the year. A huge diorama with a Christmas story can decorate an entire room on Christmas Eve here. It is called Nacimientos. Gifts from "El Nico" are given to children. He is also called "baby Jesus". 25 men carry a special platform with the image of the country's patron covered with a veil during celebrations in honor of the Savior, El Salvador. The crowd that follows the procession downs the street chants hymns and psalms. El Salvador del Mundo festival takes place in the first week of August. Artists, dancers, and musicians perform on the streets at this time. The opening and closing of the festival is accompanied by a grand costumed procession. Large-scale celebrations also take place during the week before Easter. It's called Semana Santa. Football matches, music, traditional and modern performances of amateur and professional actors on Christian themes take place at this time. Several major fairs and carnivals take place in Salvador throughout the year.

This guide to traditions and festivals in Salvador is protected by the copyright law. You can re-publish this content with mandatory attribution: direct and active hyperlink to www.orangesmile.com.
Salvador - guide chapters 1 2 3 4 5 6 7 8 9

Cathedrals and basilicas near Salvador
♥   Basílica Arquiabadia de São Sebastião, Salvador, 0.6 km from the center. On the map

♥   Catedral Basílica Primacial do Transfiguração do Senhor, Salvador, 1.3 km from the center. On the map

♥   Basílica do Senhor do Bonfim, Salvador, 6.7 km from the center. On the map

♥   Catedral São Tomás de Cantuária, Camaçari, 37.7 km from the center. On the map

Survived castles around Salvador
♥   Castle 'Castelo Garcia d’Ávila' , 69.3 km from the center. On the map

Colors of Salvador in photos

Traditions and festivals in cities around Salvador

Natal
The Forro com Turista party takes place in the Centro do Tourism every week on Thursday. You can also get this party on Tuesdays in January. You will learn how to dance forro dance which is popular in the North-East of Brazil at this party. Natal is transfigured on Christmas Eve. Almost 70% of the residents are Catholic. All Christian holidays are celebrated on a large scale ... Open »
Fortaleza
Early in the morning, lots of tourists are going to the beach to watch local fishermen deftly managing with unusual boats. Walks to the local fish market have become the tourist tradition. There are many rare varieties of fish in coastal waters of Fortaleza, so the trip to the local market will be a very informative event. Travelers can taste local delicacies in one of the ... Open »
Brasilia
For example, they will surely help a lost tourist to find a way to hotel or a place of interest, even if it is not close. At the same time such welcoming assistant will not ask anything in return, but will not refuse an invitation to drink a cup of coffee at a nearby restaurant. Visitors should also be particularly attentive to the local population, and should certainly ... Open »
Rio de Janeiro
Steadily the number of cultural events associated with the carnival increased. First colorful carts, which visitors can see nowadays during the modern holiday, appeared in 1855. The performance of samba schools is considered the culmination of the modern carnival. This is colorful dance show, the preparation to which lasts the whole year. Luxury costumes and elegance of ... Open »
Ilha Grande
The islanders are very religious. About 70% of them attend churches. Christian holidays are very popular and they’re celebrated greatly, especially Easter, Our Lady Apparition, Epiphany, and Christmas, of course. They also celebrate New Year and in this day they’re wearing white clothes and wish each other «Feliz Ano Novo!» - «Happy New Year!». But the biggest ... Open »
Sao Paulo
The main events of the fest take place in buzzing streets of the city. Guests of the festival may enjoy exciting contests of expert cooks and experienced housewives competing in cooking of this delicious treat. The contest is judged by the guests of this pizza event. The pizza holiday features plenty of different contests and competitions. Expert cooks are offered to compete in ... Open »

Cityguide on traditions, mentality and lifestyle of people in Salvador. Learn the best periods to visit Salvador to discover its soul - authentic festivals, events and celebrations. We will also reveal the interesting habits, attitude towards the world and to tourists in Salvador.