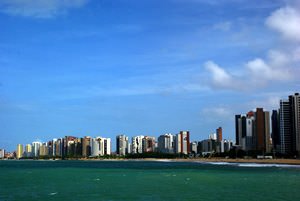 Brazilian shops work from 9:00 am to 6:30 pm on weekdays and from 9:00 am to 1:00 pm on Saturdays. Some large stores may be open up to 10:00 pm. Some supermarkets are open 24 hours a day.
Things to do in Brazil - active leisure
Multifaceted, cheerful Brazil is a paradise for fans of night entertainments. Nightlife and vigorous activities are organically inherent in the …
Read further
As a souvenir from Brazil, many tourists bring home green-colored alcoholic drink Caipirinha or Cachaça, Brazilian spirit made from fermented sugarcane juice. A traditional souvenir from the distant country is its coffee that became famous all over the globe. It's advisable to buy coffee beans for further grinding. In Brazil, there are many mines where precious stones are mined. Jewelry of decent quality can be purchased at lower prices than in other countries of the world. Football in Brazil is raised to the status of national religion. It's no wonder that here you can find a lot of sportswear and accessories related to this sport. Some stores offer their visitors balls autographed by their favorite players.
The purchase of local ethnic clothing would be quite original. Look for it in Rio de Janeiro's neighborhood of Ipanema where a fair is held once a week on Sundays. Here you can buy lace dresses, swimsuits, national musical instruments, jewelry, all kinds of small souvenirs and, of course, handmade shoes at reasonable prices. Local shoes deserve special mention. Brazil has long become the best place to buy summer shoes on the planet. The excellent quality of shoes is little inferior to the one offered by famous Italian and other world brands. Tourists should pay attention to summer slippers, light summer sports shoes, and, of course, summer ladies' court shoes. Copyright www.orangesmile.com
What you need to know about Brazil prior to visit - advices
1. There are several voltage standards In Brazil. The most common are 127V and 220V. 2. It is customary to leave tips in beauty parlors, on gas …
Read further
Besides the market in Rio, try to find time to visit such major shopping centers as Rio Sul and Barra Shopping. In general, Rio is a paradise for shoppers since the bulk of branded boutiques is concentrated in this city. But keep in mind that their prices are not much different from European ones. Another market famous all over Brazil and far beyond its borders is in the city of Salvador. Its name is Mercado Modelo. Today it is an ordinary flea market. Visit this place if you're interested in all kinds of small things and souvenirs at very low prices. By the way, prices in Salvador are several times lower than in Rio de Janeiro. Therefore, it makes sense to buy souvenirs while here but not in more expensive and branded Rio. 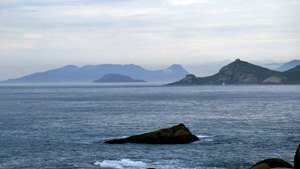 In the capital city of Brasilia full of noisy markets and large shopping malls, tourists are recommended to visit a market located at the foot of the city television tower. It is ideal for purchasing all sorts of souvenirs. Here you can find ceramics, leather, paintings, candles, hammocks, ethnic masks or jewelry. Prices will pleasantly surprise and please any tourist. A visit to Gaixa Cultural Brasilia Shopping Center promises to be interesting. Here you can buy a national costume or other memorabilia. The mall houses many souvenirs shops as well as an art gallery.
What to see and what to visit in Brazil with children
Children of all ages can find something to their liking in Cidade Entertainment Center located in the capital. Here they can ride a bike or go through …
Read further
While in Sao Paulo, tourists have a chance to visit the local grocery municipal market. You'll find products of the local cuisine, a variety of vegetables, fruit, and delicacies. Fans of gastronomic tourism will surely appreciate it, while low prices will be an additional nice bonus. 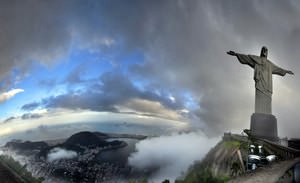 There are two sales seasons in Brazil. The first one starts in February and usually lasts about a month. It is timed to the carnival. Tourists should be attentive during this period. If tempting sales reach 100% and more (and sometimes it happens), then traders inflate prices for goods artificially, returning prices to the original values profitable for themselves. The second season falls at the end of Brazilian winter. Usually, it's August and September. The country does not have such a great flow of tourists during this period, and some shops reduce prices to attract customers.

Coolest places in Brazil from our Guinness book 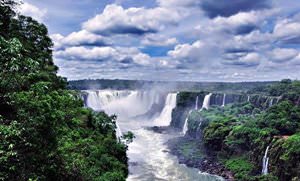 Parana-Etendeka province is incredibly amazing to explore. This igneous place is in Brazil. It was formed more than 130 million years ago. The area of ​​this province is more than one and a half million square kilometers, but scientists do not exclude that the lava spread area could be twice as much.

One of the main attractions of the igneous province is Rio Grande Mountain. The exact reason of its appearance is unknown, but scientists do not exclude that there has been the largest volcanic eruption in that place millions of years ago. Geological changes that followed the major eruptions were very impressive too. Researchers suggest that the picturesque island of Tristan da Cunha appeared as a result of this volcanic activity.

The magmatic Parana-Etendeka province is considered one … Read all 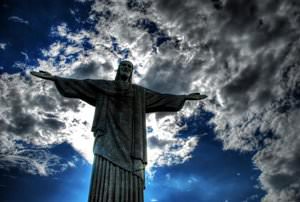 Christ the Redeemer monument is the most important national symbol of Brazil. It was officially elected as one of the seven new wonders of the world. The concrete statue is located atop of Corcovado Mountain in Rio de Janeiro. The height of the structure is 38 meters. The idea of ​​building the statue appeared in 1921, on the eve of the hundredth of Independence Day of Brazil. Authorities in Rio that at the time was the capital of Brazil immediately ordered the construction of a new monument. Already in 1931, Brazil had the new national symbol.

The basic building material was concrete. It's noteworthy that the monument is the highest point of the city and its surroundings, so during thunderstorms it often catches lightning. Builders foresaw this nuance few decades ago, so they … Read all
All unique sightseeing Brazil

Sightseeings of Brazil in photostream

Shopping malls, boutiques and outlets in top cities of Brazil

Balneario Camboriu
In search of new outfits and stylish accessories, head to Balneario Shopping, a mall located not far from the coast. Dozens of clothing and footwear stores are presented on its two floors. A large part of the first floor is occupied by the food court area. An interesting feature of this shopping center is the variety of sportswear stores, fans of an active lifestyle will especially enjoy shopping here. Several excellent shopping malls are located on Avenida Brasil. One of these is … Read more

Rio de Janeiro
A no less popular shopping center, Shopping Leblon, is open in the southern part of the city. It is also a great place to shop clothes and accessories for any taste. There are more than 200 stores in total in Shopping Leblon, including very interesting ones. There are also several special pavilions with handicrafts in the shopping center. A great choice of restaurants and cafes is a nice addition to shopping. There are several wonderful markets in Rio, and Feira Hippie is, without a doubt, … Read more

Salvador
If you want to spend the whole day shopping, you should not go shopping on Sunday. All major stores and shopping centers in the city are closed after one o'clock on this day. In any case, you will definitely not leave Salvador without shopping. It is worth considering the customs rules for the export of products and goods. Alcohol restrictions are quite strict, for example. Therefore, even if you really like cachaça, you should not buy it in dozens of liters. You will not be able to take more … Read more

Florianopolis
There is the most modern cinema in the city with seven halls and about two hundred shops in Iguatemi Florianópolis. You can also visit the new Floripa shopping center. About 160 stores are open here. In general, you can find products from the world's leading brands here. However, their prices are not much lower than in any other part of the world. So it may be worth focusing on stores from local manufacturers of clothing, shoes, cosmetics, and perfumes. Keep receipts until you pass customs … Read more

Natal
If you want to visit the Brazilian shopping mall, you should go to the largest shopping mall in Natal. It's called Midway Mall. There are 270 shops, a theatre, 7 screen cinema, and 4 restaurants there. In general, there is everything you need for a great shopping here. You can find both stores of local retail chains and boutiques from world-famous manufacturers of clothing, shoes, and perfumes in Midway Mall. If you want to combine a beach holiday and a shopping trip, go to Praia Shopping. … Read more

Brasilia
At the height of popularity is Conjunto Nacional shopping center, where residents of small surrounding towns come by for shopping on weekends. This shopping complex is the oldest in the city, its opening was held in 1971. Nowadays, the center houses over 300 shops selling locally produced goods only. The only downside is an everyday flow of visitors. Patio Brasil is one more known trading complex that includes more than 350 specialized shops. Here, besides traditional shopping pavilions with … Read more

Ilha Grande
Nobody would forbid you to pay with cash, of course, but eventually, you’ll miss just a couple of coins from a change. Don’t be surprised if you see a «20x6» on a price tag as you come to a grocery store. The point is that the locals buy goods in installments so often that people started to print all the price tags like this: «payment for month* installments date». You also can bargain on the local markets, but don’t be zealous. The locals don’t like getting into conflicts. So, the … Read more

Map of shops in Brazil cities