Sightseeing in Belo Horizonte - what to see. Complete travel guide 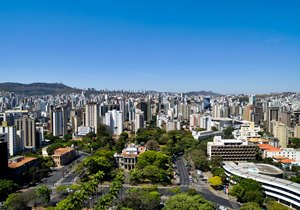 Three hundred thirty kilometers from worldwide famous Rio de Janeiro, tourists will find a place of spectacular beauty - Belo Horizonte. The city’s name means “Beautiful Horizon” in Brazilian Portuguese. The marvelous city amazes tourists with its lush vegetation. There are more than twenty parks in the territory of this settlement with a total of almost two million plants. Besides this, Belo Horizonte is famous for its futurist architecture.
The history of Belo Horizonte started in 1701. Initially, there was a cattle farm on the site of the modern city. The area was developing quickly, and so new settlers started moving to this region. The peaceful and tranquil settlement was slowly growing in size. Everything was fine until the start of the rivalry between different regions of the country, which took place in 1893. For the country, this was a real threat of unrest in the state. In order to stop all tensions and arguments, the country’s authorities decided to move the capital to the small settlement on the site of modern Belo Horizonte. The settlement changed its name to Cidade de Minas.
This marked the start of a new life for the town. A team of architects developed a new city layout that would turn a small settlement into a capital city. The government moved to Cidade de Minas in December 1897 despite the fact that many planned buildings were unfinished. This date is the official foundation date of the new capital that changed its name to Belo Horizonte in 1906. The city started developing actively after that, attracting even more people. Nowadays, the population of the city continues growing. Copyright www.orangesmile.com
Why should tourists visit Belo Horizonte? This settlement is rich in numerous landmarks. Without a doubt, Palacio das Artes is one of them. This is the largest concert venue in the whole of Latin America. The grand opening of the new complex took place in 1971. Nowadays, the total area of the venue is approximately ninety thousand square meters. 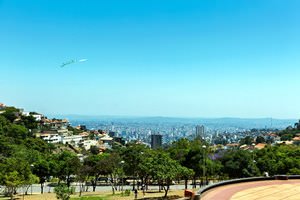 Palacio das Artes is a truly unique building that includes three theaters, four art galleries, and a scientific center dedicated to cultural studies performed by local scientists. There are even a library and a cinema that screens new domestic and foreign films. In numerous halls of the palace, visitors can enjoy performances of local talents. If you like opera or ballet, you will find it interesting to attend the venue.
However, this is not everything that Palacio das Artes is famous for. There is a large park that grows in the territory of the complex. When exploring local streets, it feels like there are trees and flowers everywhere. Thanks to lush vegetation, the air is always clean and fresh. It is a true pleasure to take a stroll here. 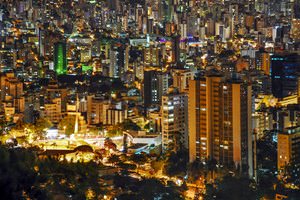 Continue your acquaintance with the city in the museum of natural history that is open in the former territory of Fazenda Boa Vista. There was a scientific station in this building in the second half of the twentieth century. This station was involved in agricultural studies. With time, the station evolved into the institute of agronomy. Nowadays, the building hosts the exhibition of the museum with many precious archaeological findings, a large collection of minerals, and various herbs used for curing diseases and making various medicines.
When finishing your tour in the city, don’t forget to take a look at the Church of Saint Francis of Assisi. This is a gorgeous Catholic church that looks nothing like usual churches that we can see everywhere. The Church of Saint Francis of Assisi was built in the 40s of the 20th century. The building is a gorgeous example of Brazilian modernism. The concrete church of an unusual shape looks more like a hangar for airplanes. 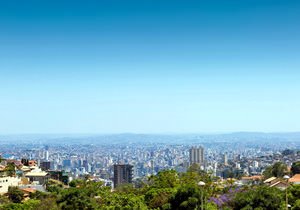 Fabulous figures and creative abstract drawings decorate the façade. Inside, the church has panel walls covered with fabulous drawings by Portinari. For many years, the church was banned because of its unusual design and one-of-a-kind shape that is so untypical for churches. However, the church started serving its original purpose after renovation. Catholic masses have become regular in it.
There is an international airport, Aeroporto Internacional Tancredo Neves, approximately 30 kilometers away from the central part of Belo Horizonte. Tourists can easily reach the city from any large city in Latin America. Moreover, there are flights from Lisbon to this miraculous land. If you are departing from Rio de Janeiro, you will spend only 25 minutes in the air. There is also a domestic airport that accommodates flights from Rio and Sao Paolo. Tourists can reach Belo Horizonte from these cities by car. A train ride will be the longest because the only train departs from Vitoria. The ride lasts roughly thirteen hours.
This guide to iconic landmarks and sights of Belo Horizonte is protected by the copyright law. You can re-publish this content with mandatory attribution: direct and active hyperlink to www.orangesmile.com.

City tours, excursions and tickets in Belo Horizonte and surroundings

Sights around Belo Horizonte from our guide 'Extreme places on Earth' 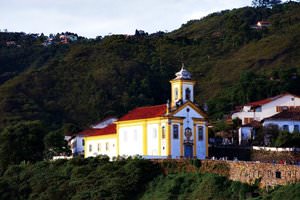 Distance from Belo Horizonte center - 67.9 km.
The real symbol of the historic city is the Aleijadinho Museum. The facility is dedicated to the famous architect. His projects were used to built the most magnificent Baroque palaces and churches. The city preserved a number of buildings that are reminiscent of the gold rush times. One of the museums is also dedicated to the history of gold mining. In the immediate vicinity of the ancient city there is a unique nature reserve, Itacolomi. Wild forests are preserved there. The Peak Odu is in the center of the park. Hundreds of years ago, it served as a kind of benchmark for lost miners. … Read further

Search touristic sites on the map of Belo Horizonte

Sightseeing in regions nearby Belo Horizonte

Rio de Janeiro
Excellent location is one of the main reasons for the beauty of Rio de Janeiro. The city is stretched along the coast like an endless strip. You will find here numerous beautiful beaches and rocky hills. Currently, the population of Rio is about 7 million people. This is one of the most populated cities in the world. By the way, local people call themselves "cariocas". ... Open »
Ilha Grande
It’s interesting to explore Dois Rios village, which is located on the territory of one of the most picturesque island beaches. Here you can admire a small old church with an interesting interior, as well as residential buildings or walk around incredibly beautiful tropical gardens, which are also among the major attractions of the island. Climbing Pico do Papagaio is one of ... Open »
Sao Paulo
Modern Sao Paulo is the industrial metropolis of skyscrapers that reminds of the old Chicago. However, despite numerous grey buildings you can always find seclusion in Sao Paulo if you visit the magnificent Ibirapuera Park or enjoy planted green areas Alameda Santos and Morumbi. You will feel the true spirit of history if you visit the City Museum of Art, which presents the ... Open »
Santos
Santos is known for its beautiful, rich and fertile terrain, on which is grown one of the best sorts of coffee – Bourbon. This coffee has a sophisticated bitter-sweet, slightly buttery flavor with a slight acidity, which is not found in the ordinary Santos. The city is cut by small bays, but the length of the beach surrounding the city is striking with its length. Santos ... Open »
Brasilia
Take a walk in Brasilia and you will be amazed by shapes of buildings on your way. They look more like artworks than ordinary business centers or living complexes. The peak of the local cathedral is decorated with a huge crown that signifies people raising their hands while praying. One more advantage of this city is the quality of its roads. All roads are of a great quality ... Open »
Curitiba
German Forest Park frequently hosts various concerts and events. As a rule, they take place in Bach Oratory. Children will find it interesting to visit the park’s library that has much to offer to young fans of fairytales. Besides colorful books that are always available for kids, the library often offers interesting costumed plays based on the fairytales of Grimm brothers. ... Open »

All about Belo Horizonte, Brazil - sightseeings, attractions, touristic spots, architecture, history, culture and cuisine. Prepare your trip together with OrangeSmile.com - find out the 'must see' things in Belo Horizonte, which places to visit, which excursions to take, where the breathtaking views are waiting for you. Planning your trip with this travel guide will help your to get the most out of Belo Horizonte in few days.