Sightseeing in Porto Alegre - what to see. Complete travel guide 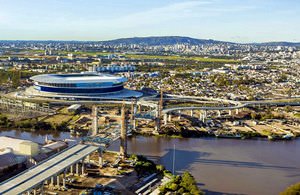 In Brazil, in Rio Grande do Sul, tourists usually prefer to visit the largest city and the capital of this southern state. Porto Alegre is located in a picturesque place near the shore of Guaiba Lake. By the way, local people often call this lake the Guaiba River because it is formed by the confluence of five rivers. The name of this city can be translated as “the Port of Happiness”. During a stay in Porto Alegre, it is easy to notice an amazing combination of Brazilian and Portuguese cultures, as well as traditions of the Spanish peoples. This is the richest city in the country. In Porto Alegre, there are many various recreation areas. It is particularly important to mention local parks. Tourists ready for cultural discoveries will enjoy a visit to the city museum. Porto Alegre is an interesting city with active life both in the daytime and at night.
The Tupi people were the first settlers on the Brazilian land that we currently know as the capital of the Rio Grande do Sul State. Men of this tribe were mostly engaged in hunting, and women were picking berries and vegetables. In 1494, the Treaty of Tordesillas divided the newly discovered land, and the region became a Portuguese territory. However, the land remained uninhabited for three centuries. The aboriginal tribes were hostile towards the foreign invaders. However, the armed groups of Bandeirantes ended all attacks of the indigenous people at the beginning of the 18th century. The first farms opened in the area already in 1832.
When the Spanish attacked the territory of Colonial Brazil in 1763, there was a threat of capturing the state’s capital. That is why it was decided to move the capital to another settlement, namely, to Porto Alegre. The capital city hasn’t changed since that time. Nine years later, the city officially became the capital of the state. The new status gave a powerful boost to all spheres of life. The city’s population was growing, the borders of Porto Alegre were expanding, and the economy was flourishing. The Civil War, which started in the 40s of the 19th century, was a hard period in the history of Porto Alegre. The city survived several sieges and attacks of the southern elites. Despite the inflicted damage, Porto Alegre managed to recover and regain its former importance. Copyright www.orangesmile.com
There are no beaches in the city. Local people often go to Rio de Janeiro to enjoy sunbathing and swimming in the ocean. Despite this, there are interesting places that are worth visiting in Porto Alegre. Without a doubt, the Ruy Tedesco International Sport Club Museum is one of these venues. This museum exhibits different memorabilia that represents the history of football. Do you like this sport? In this museum, you can see different documents that cast light upon the development of football and learn more about the origins of this sport in Brazil. One of the halls exhibits a collection of items dedicated to football stars and their achievements. 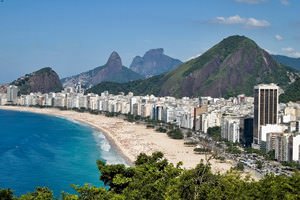 Piratini Palace is a gorgeous building that appeared in Porto Alegre in 1896. Nowadays, the eye-catching estate is the residence of the Rio Grande do Sul’s government. This is a popular tourist attraction – foreign guests come to see the neoclassical façade of the building. The inner décor of the palace is no less attractive. The decoration of the palace’s halls has elements brought from different regions of France. Sculptures by Landowski and paintings by Locatelli always draw the attention of visitors. These works are dedicated to the famous scenes from the city’s past and the most important events in the history of Rio Grande do Sul.
Farroupilha Park is an astonishingly enchanting place not far from the historic city center. The park covers an area of three hundred and seventy thousand square meters. More than fifty different bronze and marble sculptures are installed here. If you visit the park in the evening, you can witness a mesmerizing scene – the fountain with colorful illumination “draws” beautiful pictures. There is a triumphal arc installed in Farroupilha Park. According to a local legend, if you walk under the arc several times, you will be lucky in business and love in the nearest future. However, the arc was actually built in the memory of the Brazilian soldiers who were fighting against the Axis on the Italian front during World War II. 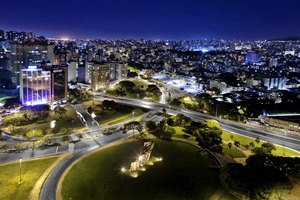 Children never feel bored in Farroupilha Park because there is a special small zoo for kids. The zoo mostly has domestic animals and several exotic species brought from Europe. There is a separate playground for children in the park with different amusements. Fans of cycling will be pleased to find quality roads for bicycles. There are even areas where visitors are permitted to lie on the ground and sunbathe. Local people enjoy gathering in Farroupilha Park on weekends and make picnics and family meetings. That is why the park is always crowded on these days.
There is an airport seven kilometers from Porto Alegre. This airport serves both domestic and international flights from Sao Paulo, Rio de Janeiro, Brasilia, Curitiba, Rosario, Buenos Aires, Lima, Panama, Miami, and Lisbon. There are also commuter trains that connect the capital of the Rio Grande do Sul State to the nearby towns. Argentina, Paraguay, Uruguay, and Chile have a bus connection to Porto Alegre.
This guide to iconic landmarks and sights of Porto Alegre is protected by the copyright law. You can re-publish this content with mandatory attribution: direct and active hyperlink to www.orangesmile.com.

City tours, excursions and tickets in Porto Alegre and surroundings

National and city parks around Porto Alegre
♥   Park 'Parque Estadual Do Tainhas' , 89.6 km from the center. On the map

Art galleries in Porto Alegre and around
♥   Art museum 'Rio Grande do Sul Museum of Art' Porto Alegre, 1.5 km from the center. On the map

Sights around Porto Alegre from our guide 'Extreme places on Earth' 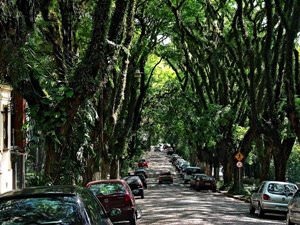 Distance from Porto Alegre center - 0.9 km.
Goncalo de Carvalho is officially recognized as the greenest street in the world. Today some trees reach 20 meters in height. The street is especially beautiful in late spring. When trees bloom, their branches are decorated with huge buds of rich yellow color. When the petals fall on the road, the place looks like an illustration to a fairy tale. Goncalo de Carvalho Street became a real pride for the people of Porto Alegre. … Read further

Search touristic sites on the map of Porto Alegre

Sightseeing in regions nearby Porto Alegre

Florianopolis
Florianopolis resembles a typical European resort rather than a Brazilian city with its authentic African-Indian exotics. Experienced travelers often compare Florianopolis with beautiful Venice, Rome and even Lisbon due to its unique national charm, original architecture and cultural traditions. At the same time, the city has all the features of modern metropolises. Here you ... Open »
Balneario Camboriu
To make a vacation in Balneario Camboriu more pleasant and entertaining for foreign guests, there is a club with striking views of the Atlantic Ocean. The inner décor of the club is reminiscent of Balinese design traditions. The club’s name, Warung, is in line with its design. In a local dialect, this word means “A house for Bali natives”. At this venue, visitors ... Open »
Curitiba
The town officially changed its name to Curitiba in 1842. Just eleven years later, the settlement became the capital of Parana State that was established in the 19th century. The economy of the region started developing quickly since then. Woodworking industry, mining, and mate cultivation brought revenues to Curitiba. The first railroad in the region appeared in the 80s of ... Open »
Punta del Este
Every year, Punta del Este hosts a wine festival that brings together many wine experts and professional sommeliers. If you arrive in the resort city at the end of January, you will be able to attend one of the grandiose celebrations that take place in Punta del Este. Winemakers from all parts of South America come to this Uruguayan city to sign long-term contracts, establish ... Open »
Montevideo
Start your observation of Montevideo from the central square called Plaza de la Constitucion. Here was founded the largest cathedral in the city, which construction took place in the beginning of the 19th century. The building of the Town Hall appeared a little later. These buildings represent a remarkable and harmonious combination of two architectural styles - Baroque and ... Open »
Asuncion
Do you like history? If yes, don’t forget to visit the museum that is open in the Independence House. The exhibition of Casa de la Independencia Museum features many artifacts and historical documents that tell the history of this settlement. Besides that, there is a collection of items dedicated to the colonial period, so visitors can see numerous weapons, furniture, ... Open »

All about Porto Alegre, Brazil - sightseeings, attractions, touristic spots, architecture, history, culture and cuisine. Prepare your trip together with OrangeSmile.com - find out the 'must see' things in Porto Alegre, which places to visit, which excursions to take, where the breathtaking views are waiting for you. Planning your trip with this travel guide will help your to get the most out of Porto Alegre in few days.