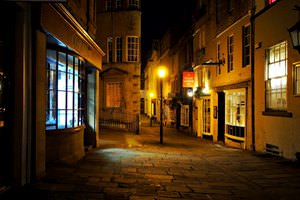 Bath has a lot of symbolic historical sights, the most famous among which is the Roman Baths Museum. The unique thermal complex discovered in Bath in the late 18th century is now one of the largest and most beautiful in the world. The baths are perfectly preserved; they were restored with the efforts of architects and today represent an incredibly beautiful architectural complex. A chic terrace with statues of Roman emperors and commanders, the ancient baths and spacious stone grounds - a walk through this amazing open-air museum gives a lot of impressions.
Guide to Bath sightseeing - things to see and to visit
Many travelers know the charming English town of Bath lying on the banks of the River Avon as a first-class balneological resort. It is curious that the name of the city speaks for itself: …

Open
The Abbey Church of Saint Peter and Saint Paul stands out among other religious landmarks. The beautiful Anglican church, which is considered a true example of the Gothic style, was built in the 7th century. During the early Middle Ages, the church was completely rebuilt. The building, which travelers can admire today, is 49-meter-high. The church can accommodate 1,200 parishioners at one time, it is a permanent venue for a variety of cultural events. Part of the large-scale structure is reserved for keeping the Heritage Museum's exposition.
An outstanding architectural landmark is the (Royal Crescent

). This is the name of an incredibly beautiful old street, which includes 30 houses adjacent to each other forming a crescent moon. The architectural complex is executed in the Georgian style. Its construction began in 1767 under the supervision of the architect John Wood and lasted seven years. In the heyday of the resort, this street was considered one of the most prestigious in the city. Many notable people preferred to stay in luxury houses located here. In memory of the past times, the historic buildings have plaques with the names of eminent guests who have visited them. Currently, several houses of the complex are occupied by a hotel, as well as a very interesting museum and numerous offices. Copyright www.orangesmile.com
Your active city break in Bath. Attractions, recreation and entertainment - best places to spend your day and night here
Bath is ideal for family holidays, offering a lot of entertainment and leisure centers that could be of great interest to both the smallest tourists and their parents. One of such places is …

Open
No less interesting architectural landmark is The Circus, which was built on the model of the Roman Colosseum. In front of the spectacular building is a very beautiful square, just behind which picturesque streets begin. A very interesting sight is the Old Town Hall building (Guildhall

), the construction of which was completed in 1780. All interested people can stroll through its spacious halls, one of which has been converted into the Museum of Roman Antiquities. 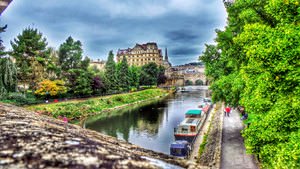 An important historical symbol of Bath is the Pulteney Bridge passing over the Avon River that was built in 1773. Travelers are not only attracted by the bridge's spectacular appearance and beautiful surrounding landscapes - next to it, there are several great stores and souvenir shops. The city has many interesting museums and galleries, and the Assembly Rooms is one of the most original and popular of them. Its collection includes a variety of beautiful national costumes of different epochs. Art admirers will be more interested in visiting the Holburne Museum storing a rich collection of old canvases, and those having a sweet tooth are frequent guests in the old Sally Lunn’s Eating House, which is a single complex with a museum of the same name. Areas surrounding the city are also full of amazing medieval sights and interesting natural attractions.

In the section below, you can get one of our excursion, activities or city discovery tours over Bath and surroundings. Our website offers 10-30% lower ticket prices, when compared to the offline purchase on the spot.

City tours, excursions and tickets in Bath and surroundings

This guide to cultural sights Bath is protected by the copyright law. You can re-publish this content with mandatory attribution: direct and active hyperlink to www.orangesmile.com.
Bath - guide chapters 1 2 3 4
Reference information
Map of all palaces

Art galleries in Bath and around
♥   Art museum 'Holburne Museum of Art' Bath, 0.3 km from the center. On the map

Cathedrals and basilicas near Bath
♥   Cathedral Church of Ss Peter and Paul, Bristol, 20.3 km from the center. On the map

Unique spots in Bath and near 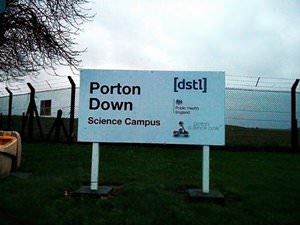 Distance from Bath center - 52.7 km.
It is also known that the laboratories of the science park store samples of the most dangerous and aggressive viruses in the world, including the Ebola virus, which was first recorded in 1976 in Africa. In 2008, the Daily Mail published an incredible note that in the "Porton Down" Science Park they are investigating bodies of extraterrestrials that were brought to the laboratory from the crash site of an alien ship. For more than a hundred years of the existence of the base, almost nothing is known about its activities. It is impossible for an outsider to penetrate the territory of the scientific center. … Read further 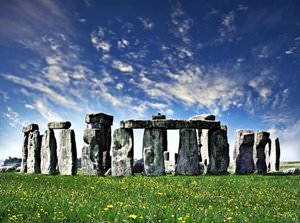 Distance from Bath center - 42.9 km.
Nearby, there is another amazing megalithic complex, Avebury. Archaeologists suggest that its age is about 4 000 years. This archaeological complex also consists of a cromlech, the diameter of which is more than 350 meters. The structure is surrounded by its moat and shaft. About a hundred stone pillars are set at the perimeter. The weight of pillars is about 50 tons, which also leads modern researchers to confusion. … Read further 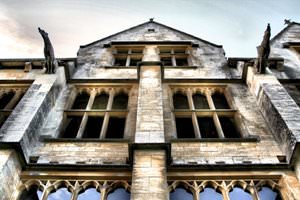 Distance from Bath center - 36.7 km.
From 1873 to the beginning of the Second World War, the mansion resided in ruins, and then was used by U.S. troops, mainly as a morgue. The mysterious mansion surrounded by fabulously beautiful scenery never ceases to attract tourists and researchers of paranormal phenomena. Latter have managed to collect lots of incredible facts. For example, at nightfall, visitors can often hear the music of 40s of the last century in the building. There are ghosts of militaries here, among which a pilot killed in these places during the war was identified. Researchers found the ghost monk at the chapel on the territory of the mansion. Those are just a few of Woodchester Mansion surprising mysteries. … Read further

Photogallery of cultural heritage of Bath

Excursions over cultural sights of neighbours of Bath

Bristol
There is a botanical garden near the observatory, which is also a great place for walking. Art lovers should not forget to visit the local art gallery, which is located close to the city’s art school. The gallery exhibits priceless paintings of best French and English painters of past centuries. Here visitors will see the works of contemporary artists. Interesting ... Open »
Cardiff
The town hall is also distinguished by luxurious interior design. Tourists will be able to see ancient statues, bronze candelabra and many decorative items made of wood. The Town Hall is open for public, so everyone is welcome to walk in its spacious halls. Travellers should not forget to include a visit to Pierhead building in their excursion program. Its facade is made in an ... Open »
Southampton
Returning to historical attractions, it’s worth to mention the trading house, which is a must visit point of many excursions. The house was built in the 14th century; today, the atmosphere of past centuries is fully restored there. All those interested can admire beautiful antique furnishings and exquisite interior decoration. No less significant is the Tudor house; in the ... Open »
Oxford
Numerous inestimable samples of architecture in Oxford were destroyed and badly ruined during the World War II. The Oxford War Memorial Garden resembles local folks about tense war times. The memorial was established in 1925 and is comprised of several symbolic statuary groups. The garden is crossed with alleys winding among the monuments and statues. The visitors of the place ... Open »
Reading
Not far from the museum tourists will find the Concert Hall, which usually holds interesting cultural events. The Hexagon complex is a good place to visit for cultural leisure. The complex venues include not only a great modern cinema hall but a theater as well where various fantastic plays are performed. In the warm seasons the majestic Forbury Gardens turn into scaled ... Open »
Portsmouth
It is important to note that both these houses are opened for visiting. Their internal space is designed in full compliance with style of last centuries, spacious rooms are decorated with antiquary furniture and items of art. In Portsmouth there is big number of acting museums and galleries, visiting of these places must be included in every trip program. Royal Naval Museum is ... Open »

Culture guide to Bath. Which fascinating sights to visit once you are in Bath: temples, churches, museums, theaters and castles. Recommendations (with addresses, phone numbers and links) on the places 'must visit' in Bath. Plan your own city excursion by using this page info!