Map of cities in Switzerland 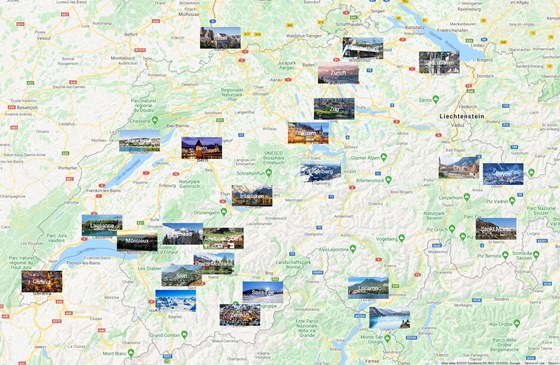 The actual dimensions of the Switzerland map are 1657 X 1080 pixels, file size (in bytes) - 963774. You can open, print or download it by clicking on the map or via this link: Open the map of Switzerland.

Map of cities and regions in Switzerland 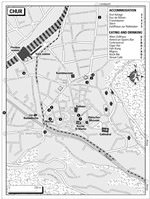 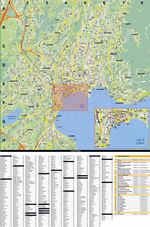 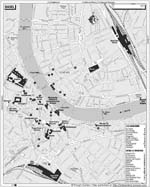 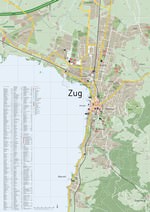 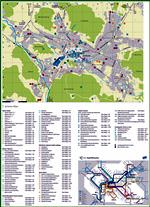 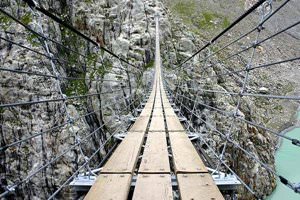 One of the leading positions in the list of the most dangerous bridges in the world is taken by Trift Bridge situated in the Swiss canton of Bern. It was built relatively recently, in 2004, at the initiative of one of the major energy companies that carried out works at the Trift Glacier. Five years later, the first reconstruction of the bridge took place; the construction was complemented by new stabilizing steel ropes. Initially, one of the major problems of the bridge was its huge mobility; it was swinging on the strong wind, making passage through the bridge a deadly event. This dangerous feature of the bridge has preserved to this day, despite additional strengthening.

Passing over the eponymous lake, Trift Bridge still retains the status of the most dangerous and the highest … Read all
All unique sightseeing Switzerland

Architecture of Switzerland in pictures

Culture of regions in Switzerland

Zurich
The headquarters of FIFA is located in the economic capital of Switzerland. Note that football fans as well as lovers of architecture will find it interesting to admire the building. Within its territory there is an interesting sculpture depicting football players. Next to it is the Fluntern cemetery, where many famous personalities are buried (James Joyce for instance). This place is surrounded by exceptional peace and tranquility, where each headstone is a piece of art. Also in the city is the … Read more

Zermatt
Modern sports infrastructure remains the main value of the resort. It’s a fabulous place where visitors can have fun and enjoy their favorite sports literally all year round. Zermatt doesn’t have a rich variety of historical landmarks and cultural centers. However, it offers quite an interesting tour program for its guests. In the heart of the village, visitors will see one of its main symbols – an ice tower that is a real masterpiece of architectural art. The construction is completely … Read more

Geneva
Geneva is considered the capital of the world for many reasons. As already mentioned, it is here that the UN Headquarters is located. The city is also the birthplace of Henry Dunant, the founder of the International Committee for Relief to the Wounded (now International Committee of the Red Cross). Therefore, there is the International Red Cross and Red Crescent Museum (located next to the above-mentioned institution), which contains exhibits related to the war and telling about its futility. … Read more

Interlaken
Interlaken is simply made for relaxation. This wonderful city attracts tourists all year round. The best way to get acquainted with its sights is to make a walk along its streets. You can see beautiful buildings, parks and historic sites right at every step. The area near Kursaal Centre is the best place for walking. The center houses a famous casino and a popular concert hall. This is the place where various interesting cultural events, including concerts and theater performances, shows and … Read more

Luzern
Among other cultural institutions of the city, the Historisches Museum stands out. Housed in a former arsenal building dating back to 1568, It will be of great interest to tourists wishing to plunge into the local culture and history. The diverse and modern museum keeps a huge collection of costumes, armor, weapons, household items, jewelry, as well as geological, religious, and paleontological artifacts related to the canton of Lucerne. Of particular interest is the diorama of the history of … Read more

Basel
A walk along Altstadt will bring only one pleasure since key attractions are concentrated here, at least those of a historical nature. Immersed in greenery and flowers, narrow cobbled streets, ancient houses with flowers on the windowsills, as well as fountains, all brings romance to the beautiful city. The most important squares located in Altstadt are Müensterplatz and Marktplatz. On the former is situated the already mentioned Münster (Cathedral). You can also find here, the Basler … Read more

Locarno
Connoisseurs of contemporary art (both fine and sculptural) would be happy to know that Locarno has a great museum with an impressive contemporary collection - Pinacoteca Casa Rusca. Its building is the former residence of the Rusca family, after which it was named. However, exhibitions of contemporary artists can also be enjoyed in another cultural institution such as La Rada. The city boasts several wonderful theaters worthy of the attention of theatrical art fans. Among these cultural … Read more

Saas-Fee
The Saas Valley was settled many centuries ago even though hardly more than two thousand people live in Saas-Fee today. It was mentioned in literary sources in the middle of the 13th century for the first time. There is information about the construction of a church in Saas-Grund as early as 1296. The population of the valley already allowed it to be divided into four localities at that time. They still exist today. These are Saas-Fee, Saas-Almagell, Saas-Grund, and Saas-Balen. If you are … Read more