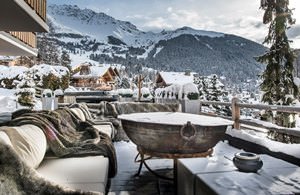 Switzerland is recognized as one of the most stable countries in the world. The country's policy has historically been oriented towards improving the quality of life of every single citizen. The absence of destructive wars has become an excellent tool for creating a strong and indestructible economic structure. Today, Switzerland is the true banking and financial heart of all Europe. The economy of the country is based on the market relations and the turnover of the foreign capital. Switzerland has created ideal conditions for both small and large entrepreneurs. The state doesn’t interfere in the activities of enterprises at all. The production fully meets all the requests of the average buyer. Successful economic relations exist not only within the country, but also in the international arena.
When and where to 'hang out' in Switzerland - festivals and celebrations
There is an incredible number of holidays in Switzerland. Festivals and events held in each canton are added to the nationwide ones. The Swiss …
Read further
The basis of the country's economic development is banking. Statistics show that approximately one and a half thousand citizens of the country own at least one financial institution. Despite a large number of banking structures, the quality of their services is considered one of the best in the world. The country has developed a strict system for controlling the security of all personal data of depositors. They are not available to outside parties. That is why many wealthy foreigners seek to keep their capital in Switzerland. The influx of investments guarantees the country a stable economic situation and a gradual development.
Switzerland is famous throughout Europe for almost complete absence of the unemployment. People here are hardworking. The main production sectors of the economy were discovered in the last century. To the date, the most financially profitable industries, besides banks, are represented by watchmaking companies, light and pharmaceutical industry, agriculture, and tourism. The Swiss watch industry has gained the worldwide fame. All production assets are concentrated in Geneva, Tun, Bern, and La Chaux-de-Fonds. About 95 percent of all watches are exported. The largest enterprises are Richemont, Swatch Group, Rolex, and Patek Philippe. Copyright www.orangesmile.com
For active traveler - national parks, landscapes and nature of Switzerland
Switzerland is one of the most picturesque countries in Europe. About 60 percent of its land is occupied by the Alps; the rest of the territory is …
Read further
There are very few minerals in Switzerland. Despite the mountainous terrain of the country, the rocks are poor. Numerous hydroelectric stations, which generate the cheap electricity are in the Alps. They generate about half of the total output. In general, industries that don’t require a large amount of raw materials and highly skilled labor, became more developed. Swiss nuclear power plants are considered to be the most reliable and safe, although the domestic policy of the state restricts the expansion of this type of facilities until 2050. Oil and gas are imported only from abroad. 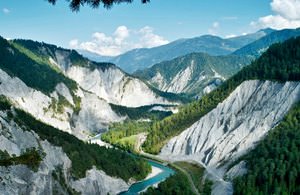 About 75 percent of all working-age population of Switzerland works in the sphere of tourist services. Hospitality takes its roots from this country. Annually, only about 10 million tourists come to the Alps, and the cost of rest is considered high enough. Therefore, the percentage of the funds brought by the tourism business is quite high. Agriculture of the country is oriented to livestock raising, which makes about 78 percent of all agricultural products. Most of the milk is used to produce various Swiss cheeses. Approximately 60 percent of rural lands have been plowed. Cereals are insignificant, but vineyards have been developing very actively in recent years. At the same time, the entire agricultural complex is not able to meet the needs of the population. The remaining 40 percent is imported from abroad.
Best visiting periods - the climate of Switzerland
The climate of Switzerland is moderately continental. The peculiarity of the country is its landscape. More than 62 percent of the territory is …
Read further
The textile industry is one of the most important places in the construction of the economic structure. The leading position in the food industry is taken by the Nestle Corporation. The main assets of the chemical and pharmaceutical industry belong to Novartis and Hoffmann-la-Roche. Swede-Swiss concern ABB is engaged in the manufacture of turbines and electrical engineering. The mechanical engineering is focused on forge-and-press equipment and high-precision metalworking machines. In general, there are very few large enterprises in Switzerland. The economy is based on small single companies and organizations. The transport connection in Switzerland occupies a very important position in the system of European transport interchanges. The country is crossed by many important highways, in spite of the fact that it was necessary to struggle with a mountainous relief, constructing tunnels, viaducts, and bridges to build them. 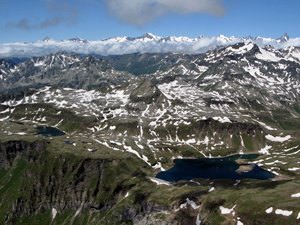 The foreign trade brings a huge profit to the country. The largest percentage of exports are manufactured goods, medicines, and food. The main trading partners of the country are the USA, Europe, China, and Japan. Switzerland is the seventh country in the world in per capita income. Some of the most prosperous people in Europe live there. The per capita income in 2014 was about 89 thousand dollars. The national income of Switzerland in 2014 was about 734 billion dollars. In recent years, aging of the population is increasing, which causes some imbalance in the retirement sphere. The gold reserves of Switzerland are simply amazing. Each hotel owns at least a hundred ounces of the pure gold. 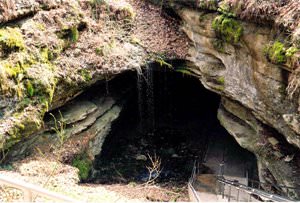 The longest cave in Western Europe is located in Switzerland. The general length of the underground vault of the Holloch cave reaches 156 km, and its some pits have the depth of more than 820 meters. Two natural entrances to the cave are on the slopes of the Glarner Alps. One of them is at the height of 734 meters, and the other - at the height of 1 260 meters above sea level. The cave was discovered in 1875. At present their lower part is very well equipped for the tourists.

The second, upper entrance to the cave was quite recently, found in 1980. The variety of the passageways and the galleries hide the unique sights - the stalactites and the stalagmites of different shapes and sizes. Thanks to the modern illumination system, it is even more interesting today to look at these … Read all
All unique sightseeing Switzerland

Adelboden-Lenk
One of the most popular shoe stores in the town – Schuhhaus Gerhard Brunner – is located on the other side of the street. It sells high-class sports shoes, ice skates for all members of the family, and special boots for skiing. The shop has its own workshop where visitors can sharpen their ice skates or repair their shoes. Female tourists should pay their attention to Mode Seematter. This popular clothes store sells trendy and high-quality women’s clothes for different occasions. The … Read more

Zurich
The Old Town is traditionally rich in interesting shops. For example, sweet tooth travelers will fall in love with historical Confiserie Teuscher. For many years, the shop has been selling exclusive sorts of chocolate and candies that are cooked in accordance with old family recipes. Visitors are allowed to sample sweets before making a purchase. Confiserie Teuscher also offers wonderful gift sets that will make great souvenirs for friends and family. Travelers who enjoy visiting large … Read more

Zermatt
Basler Läckerli is another local delicacy. These are hard spice biscuits from Basel. They are popular throughout the country. It's not a problem to find them in Zermatt. The sweetness is made according to the original recipe. It is very different from gingerbread from other countries. It is better to buy them at the end of the trip, otherwise, the sweetness may deteriorate. You should remember that open packaging tends to dry out quickly. So it is better to buy hard spice biscuits from Basel … Read more

Geneva
In Geneva, there are many interesting souvenir shops. Longemalle store remains at the peak of popularity among tourists. The choice of souvenirs here is simply enourmous, prices will pleasantly surprise even the most frugal customers. In this store they sell colourful T-shirts with funny pictures and inscriptions, real Swiss knives of the highest quality, and very nice watches. The store also presents traditional souvenirs, including postcards featuring famous Geneva attractions, magnets and … Read more

Interlaken
Buhler is a very popular store with tourists. It offers things indispensable on the journey and a lot of popular souvenirs. The huge store is divided into two parts. One half is given for souvenirs and another is for various irreplaceable trifles. They sell beautiful magnets and Swiss knives, bags and inexpensive watches, as well as T-shirts and other accessories with the symbols of the city. They also have toys. You can choose unique models of the railway, erecto sets and remote control cars, … Read more

Luzern
A beautiful historic building houses Bucherer store specializing in Swiss watches. More than 3,000 models of this popular accessory are presented in the store constantly. Among them, there are incredibly expensive exclusive watches, as well as affordable ones, which are also of high quality. The store always presents a large selection of watches from Rolex, Chopard, Rado, and Carl.F.Bucherer. Lucerne has many interesting souvenir shops, and Casagrande is one of the most popular of them. … Read more

Basel
One of Basel's most visited stores is Cafe Spitz, which sells the most popular chocolate-covered cherry with liqueur. These sweets can be found in many stores, but, according to experienced tourists, Cafe Spitz sells the best of them. Their prices are quite high, but the taste deserves the utmost praise. Fabulous sweet gift packages are offered as well. Many unusual shops are centred on Nadelberg Street. Every pavilion resembles a museum. Collectors of antiquities like walking down this … Read more

Saas-Fee
A trip to any of the local factories is another opportunity to buy chocolate. Basler Läckerli is a gift that you can find in any local store. Gingerbread is a popular Swiss dessert today. The recipe for its production was safely stored in Basel once. It is sold in all tourist places. Basler Läckerli is delicious. But these gingerbread cookies tend to dry out very quickly. Therefore, you should not keep the package open for a long time. It will be better to give preference to small packaging. … Read more