National traditions of Switzerland. Habits, mentality and the way of living 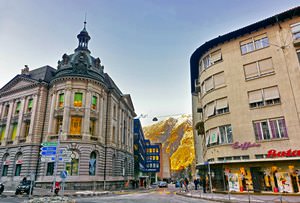 Switzerland is one of the most stable and secure countries in the world. It has kept a neutral position in key world disputes for many centuries. Switzerland is also home to the best watches in the world. It's closely related to the peculiarities of the Swiss mentality. The country consists of united cantons that are German, Italian, Austrian, and French. In Switzerland, they speak four official languages ​​at once. The influence of the neighboring country is traced in each of the regions. Italian Swiss are more expressive than German or Austrian. Refined gallant lovers of gastronomic delights dominate in the French part. Nevertheless, the Swiss is a solid nation that has its own traditions and color.
Top Switzerland hotels for most demanding travelers
Switzerland is one of the most expensive European countries to have vacations, and therefore a number of luxury hotels that offer services to …
Read further
German Swiss make up 65% of the population of Switzerland. The second place is occupied by French Swiss, then Italian, and about 1% of the population are Rhaeto-Roman, who speak their own, Rhaetian, language. It's notable that the relations between the representatives of different cantons are not always warm. They can joke about each other's dialects, hostile to the peculiarities and customs. This confrontation is particularly vividly manifested between the Germans and the Franco-Swiss. However, aggression is alien to Swiss, and, therefore, these features of the confederal existence do not affect the overall way of life. The Swiss comply with the laws and strictly adhere to the established rules.
The Swiss are incredibly polite and modest people. They always downplay their merits, never expose their achievements and wealth. The exception is the pride of their country. Swiss are ready to speak about that with admiration and enthusiasm. They usually treat goods from neighboring countries with distrust and prefer domestic counterparts. The Swiss are incredibly accurate and practical. They always count on the time they will need on the road, household chores or work. They are also very frugal and do not throw food away. They are honest, reliable, and very calm. Copyright www.orangesmile.com
Oldest hotels in Switzerland with a rich history
The Swiss are very attentive to everything that represents the cultural value for the country, including the old buildings that quite often house …
Read further
It is not customary to express emotions, raise voice in the street, disturb neighbors with loud sounds after 10 pm or on Sundays. Before the party, the Swiss will hang up a paper with apologies for possible inconveniences. The Swiss wake fairly early, about 5.30 in the morning. The business day in a number of organizations begins at 7 am; by 4 pm, as a rule, there is no one left at work. The Swiss necessarily plan their business for 2-3 weeks in advance. They are never in a hurry or late; people are not fussy. This country has a very measured way of life. Any Swiss begins a day with a cup of coffee on the terrace and admiring nature. 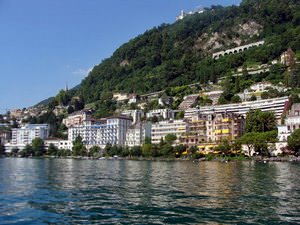 It is also not accepted to go for a visit without an invitation. You need to come exactly at the appointed time. The feast begins with an aperitif in the living room; wine and snacks are served to guests. Only after 30-40 minutes, people are invited to the table, which will be beautifully decorated with gorgeous dishes, rose petals, statuettes, chestnuts, and candles. On birthdays, it is customary to come with a bunch of flowers. It is worth taking a bottle of wine to other parties. Cities of Switzerland are very clean; it is impossible to find garbage, stray pets or homeless people on the streets. Tourists are treated very friendly. In Switzerland, it's common to greet everyone, even strangers.

Castles of Switzerland
♥   Castle 'Arenenberg Castle' . On the map

♥   Castle 'Brestenberg Castle' . On the map

♥   Castle 'Castello Visconteo' . On the map

Famous sites of Switzerland in pictures

Unique traditions in cities of Switzerland

Zurich
In Zurich lives a multinational population: German, Italian, Austrian, and French. This fact has the influence on the local mentality and culture. The Italians here have a more expressive character compared to Germans or Austrians. The population of the French canton is dominated by refined, gallant lovers of gastronomic delights. Locals are very polite and modest people; they always downplay their merits, and never expose their achievement. The only exception is the pride of their country, and … Read more

Zermatt
The contrast between the perception of one's own achievements and the country's achievements is particularly interesting. The Swiss don't like talking about themselves at all. For example, if you decide to communicate with a fellow passenger on a commuter train or bus, you will see only a lack of understanding on his face: "Why are you contacting me? We are strangers." Local residents are neutral and polite to visitors. However, if you want to make friends with someone, you will have to spend … Read more

Geneva
In local schools children learn all of these languages, but, as a rule, they can usually speak well only one of them. Local people are very religious, according to statistics, less than 5% of citizens do not adhere to any religion. The remaining 95% regularly attend religious shrines and have great respect towards religious holidays and customs. Residents of Geneva are very friendly to tourists, but you should not expect that can talk on any subject with the first stranger. Escalade, which is … Read more

Interlaken
Tourists should never ever be afraid to ask locals for help. Interlaken residents are always ready to help. However, if they cannot do something, they will not make futile promises and will refuse politely and tactfully. When staying in any city in Switzerland, Interlaken included, always answer “Switzerland” to a question about the best country in the world. No other answer will ever be accepted. Actually, local people may tell that Switzerland is the best country many times. Tourists can … Read more

Luzern
The cultural traditions of local folks are embodied in numerous ethnic fests. Tourists are recommended to visit Lucerne during the celebration of the Carnival. The brightest festival is held in Lucerne during this period which for its scale just follows Basel Carnival. The opening of the festival takes place on Fat Thursday which is the last Thursday before the Lent. The main events of the festival are grand marches or mask parades. Traditionally there are two parades during the Carnival. … Read more

Basel
Baselworld exhibition, which takes place in the city annually, is a no less important event in the life of Basel. On this exhibition you can see the works of the best Swiss watch companies. The event involves about two thousand manufacturers of watches. Every year this large-scale exhibition attracts approximately one hundred thousand people. In February the city becomes a true Mecca for coin collectors as during several days Basel hosts the International Festival of coins and banknotes. … Read more

Locarno
ithin the framework of the festival, more than ten cinema halls are equipped in the city. Some of them are located in the open air in parks and squares. Over the past decades, the film festival has become incredibly popular, so the preparations for its holding are always taken very seriously. Even local restaurants and cafes decorate their summer terraces with themed leopard-colored parasols. Leopard flags and other thematic installations can be seen on the main streets at every step. … Read more

Lugano
Apart from the concerts the festival program also includes exciting lectures and competitions as well as exhibitions dedicated to music. The city is transformed to the huge stage for several days. The festival engages popular musicians and amateur bands. As it was mentioned above the festival is of great popularity not only among music fans but among usual tourists as well. The history of the festival is rather engaging. Few decades ago a company of local music fans arranged a small scale … Read more