Sightseeing in Montreux - what to see. Complete travel guide 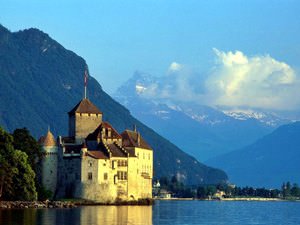 The Swiss town Montreux has captured the hearts of thousands of tourists long ago. The magnificent views of snow-covered mountain peaks, beautiful lakes, and endless vineyards - this amazing variety of natural landscapes cannot leave visitors indifferent.
Cuisine of Montreux for gourmet with top restaurants and cafe
Montreux is a perfect place for acquainting with traditional Swiss cuisine. Local restaurants will delight gourmets with seafood dishes and exquisite wine from local wineries. At each …

Open
Only a few decades ago this place was a small settlement founded on the shore of the Geneva Lake. First tourists appeared here in the middle of the 19th century. Due to amazing nature this area attracted artists and poets who gained inspiration by looking at beautiful mountains and quiet surface of the lake. Each year the number of visitors increased and that fact speeded up the development of the city and its tourism sector.
Nowadays this place is a famous resort of the world scale. Montreux has also been chosen the venue for the annual jazz festival. Here are opened several old music schools, the students of which are happy to demonstrate their skills performing in concerts and taking part in competitions. Copyright www.orangesmile.com
Authentic traditions, festivals and lifestyle of Montreux inhabitants
Montreux lives an eventful cultural life. During the year, a lot of beautiful festivals and holidays, most of which have become world-famous, are celebrated here. In summer, the Montreux …

Open
Active rest fans will certainly enjoy leisure walks in the mountains; some of the routes imply an overnight stay in a mobile camp. Each year new sports complexes are opened in the resort area, so vacationers have an opportunity to visit tennis courts, try in water skiing or visit the city’s hippodrome. Evening program can be diversified by visiting restaurants and cafes. As wine industry is booming in the city, here are opened several taverns and wine cellars, where you can try different sorts of this popular alcoholic beverage. 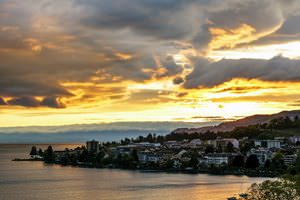 When it comes to describing the attractions of Montreux, the most significant architectural site is the Castle of Chillon built in the 13th century. The excursion to its spacious halls and twisting underground will definitely bring a lot of impressions.
Excursion over cultural sights of Montreux - 'must visit' points of interest
Montreux will impress travelers with a variety of historic attractions. The most spectacular historic symbol of the city is Château-de-Chillon. The castle was built on the rock that rises …

Open
Montreux is often called the city of monuments - during the walk they are met literally at every step. Next to the prestigious Montreux Palace hotel you can see a monument to the famous Russian writer Vladimir Nabokov. He was forced to leave his native land because of the persecution by the authorities and live in the hotel for a few years. The Russian writer became famous not only for his literary works. Throughout his life, he studied nature and collected butterflies. After his death, the writer's wife donated a unique collection to the University of Lausanne. 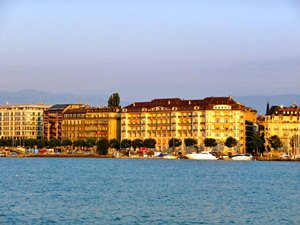 Another interesting monument can be found in Place du Marché where there is the world's only monument to Freddie Mercury. It is a matter of honor for all rock music fans from all over the world to visit it. In addition to the unique monument, the waterfront is famous for its numerous entertainment facilities and popular restaurants.
Your active city break in Montreux. Attractions, recreation and entertainment - best places to spend your day and night here
Montreux is a perfect place for active recreation. It will impress especially nature admirers and hikers. Not far from the city, there is a famous botanical garden named Rambertia. It is …

Open
Walking along Rue du Theater, you can see one of the resort's most interesting architectural monuments - the casino building built back in 1883. It stood for less than a hundred years and was almost completely destroyed by fire in 1971. The building was quickly restored, and today it still houses a casino, which is open to the public. 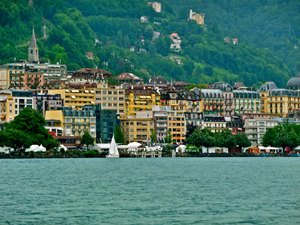 A special symbol of the historic resort is the panoramic Golden Pass train departing every day from the Montreux railway station. The train passes through the resort's picturesque surroundings. Its route is laid through the charming village of Chamby, just above Montreux, near the village of Les Avants. You will see beautiful mountain regions - it would be interesting to make such a trip at any time of the year.
Advices to travellers: what you should know while being in Montreux
1. In Montreux, the climate is quite mild. The temperature never drops below zero even in winter. Those who prefer to vacation in a quiet atmosphere should visit the resort in winter or late …

Open
History fans will have the opportunity to visit the Castle of Tour-de-Peilz standing on the shores of Lake Geneva, near Montreux. Erected in the 13th century, it was involved in many bloody battles - the defensive building was almost completely destroyed in the 15th century. It was possible to restore part of the building. At one time the castle was used as an apartment building. The surviving part of the castle houses an interesting museum dedicated to the cultures of various regions of the world.

This guide to iconic landmarks and sights of Montreux is protected by the copyright law. You can re-publish this content with mandatory attribution: direct and active hyperlink to www.orangesmile.com.
Montreux - guide chapters 1 2 3 4 5 6 7 8

Survived castles around Montreux
♥   Castle 'Chillon Castle' , 2.3 km from the center. On the map

National and city parks around Montreux
♥   Regional Nature Park 'Haut-Jura' , 72.6 km from the center. On the map

♥   World Heritage Site 'Swiss Alps Jungfrau-Aletsch' , 87.9 km from the center. On the map

Art galleries in Montreux and around
♥   Art museum 'Musée Jenisch' Vevey, 6.3 km from the center. On the map

♥   Art museum 'Museum of Contemporary Design and Applied Arts' Lausanne, 23.7 km from the center. On the map

♥   Art museum 'Cantonal Museum of Fine Arts' Lausanne, 23.9 km from the center. On the map

Sights around Montreux from our guide 'Extreme places on Earth' 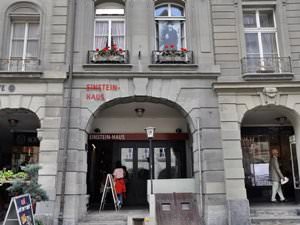 Distance from Montreux center - 69.8 km.
The building that houses the museum was completely renovated in 2005. An interesting gift shop with themed accessories is open in it today. It will be interesting to visit this museum for absolutely everyone, even tourists with small children. Special exciting excursions are held for them here. Guides talk about Einstein's scientific activities in an accessible language. If the exhibits presented in the former apartment of the scientist do not seem enough, you can visit the Bern Historical Museum. One of his large-scale exhibitions is also dedicated to the life and scientific work of Albert Einstein. … Read further 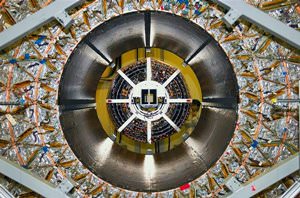 Distance from Montreux center - 66 km.
A distinctive feature of this outstanding detector is also the possibility of visual computer simulation of the studied processes. The Compact Muon Solenoid has an impressive size. Its length is 25 meters. It reaches 15 meters in diameter. The weight of the detector is also impressive. It is about 15,000 tons. The main feature of the detector design is a superconducting magnet built into it. It is the largest that has ever existed in the world. … Read further 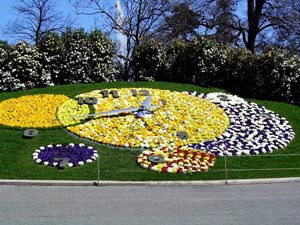 Distance from Montreux center - 64.1 km.
Each year, the best florists, designers, gardeners, and watchmakers in Switzerland work on building the clock. Despite the fact that the flower installation on the shore of Lake Geneva has long given its leading position on the scale, it still possesses a kind of record. This clock has the longest second hand in the world. It’s also worth noting that the clock mechanism is electronic. In the coming years, experts expect to replace it with mechanical one and make a special window through which curious visitors will be able to observe the work of clock. … Read further

Search touristic sites on the map of Montreux

Sightseeing in regions nearby Montreux

Lausanne
Even though Lausanne is a small place, this is the most visited city of Switzerland that is traditionally popular among tourists. Lausanne is located at the foot of the Aiguille du Midi Mountains and the Alps, on the north shore of Lake Geneva. The population of the city together with the port town reaches approximately 125 thousand of inhabitants. If you make a ride on a ... Open »
Morzine-Avoriaz
In the winter resort of Morzine-Avoriaz, visitors will find many skiing schools that offer their services to children, teenagers, and beginners. Do not worry if you cannot ski because professional coaches are always here to help you. Even advanced skiers can take several lessons from true professionals and polish their skills. The resort has special ski runs intended for ... Open »
Adelboden-Lenk
During your stay in Adelboden – Lenk, don’t forget to visit the museum with the same name and find out more about the town and its history. Items exhibited at this museum tell more about the customs and traditions of this part of Switzerland. After a visit to this cultural establishment, tourists can explore local natural landmarks and visit the Tschent Stream with ... Open »
Crans-Montana
... Open »
Chamonix
The cultural life of Chamonix is also very rich in activities. Here are conducted numerous sports competitions, music and cultural events. Among them are the famous 24 hour motor race on ice, Christmas events, festivals, short films, all kinds of tournaments, and much more. A big part of the events (L'arrivee du Pere Noel (Father Christmas meeting), a children's carnival, ... Open »
Neuchatel
The oldest religious building of Neuchatel is the church named Eglise Collégial. It was founded in the 13th century and features 15 ancient sculptures with images of prominent noble people of the town on its territory. Both church and the memorial are made in the gothic style. You should also visit the building of Town Hall and attend an excursion to the oldest prison of ... Open »

All about Montreux, Switzerland - sightseeings, attractions, touristic spots, architecture, history, culture and cuisine. Prepare your trip together with OrangeSmile.com - find out the 'must see' things in Montreux, which places to visit, which excursions to take, where the breathtaking views are waiting for you. Planning your trip with this travel guide will help your to get the most out of Montreux in few days.