Family holidays with children in Switzerland - attractions and entertainment 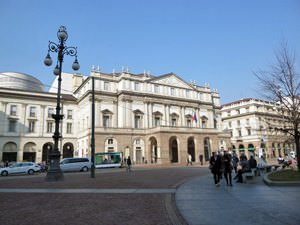 Switzerland provides everything for a comfortable family holiday. There are several large amusement parks, water parks, and children's museums in the country. In addition, travelers with children will be interested to go cycling or hiking along a special route. Children can relax outdoors, find out something new during excursions, and spend some time with their parents. At ski resorts, children, especially teenagers, will be amazed too. There are special trails. Schools that teach how to ride skis or snowboards, are everywhere. There is everything in this country to encourage children to love sport and a healthy lifestyle.
Most original hotels of Switzerland
In Switzerland, there is everything for a comfortable stay. The country has a variety of hotels. Among them, there are those that don't fit within the …
Read further
One of the largest indoor water parks in Europe, the Alpamare, is located in the town of Bad Tölz. There are dozens of various slides for children and adults, a pool with thermal water and a pool with sea waves in the park. Tourists can lie on a hammock, visit a solarium, and attend an aqua aerobics class. The swimming pool, where waves form, is particularly amazing. Every half an hour, a wave of about one meter is created. After sunset, a spectacular and incredibly realistic storm with lightning, thunder and rain begins in the pool. Another similar water park is in St. Gallen; it's called Santispark. Its visitors can also swim in the pool with waves, visit the solarium, and SPA. There is a bowling hall, billiard, saunas, and restaurants too.
There are also lots of amusement parks in Switzerland. The largest entertainment park for children and adults is Happyland in Grange. There are 25 slides and rides, and more than 300 different playgrounds and recreation areas. There is one more unusual park near Interlaken. That’s Jungfrau Park. Its territory is more than 10 thousand square meters; there are about 20 thematic pavilions connected by transitions. In each pavilion, children and adults can get acquainted with the amazing historical facts and the mysteries of science. The sections tell about the ancient Egyptian civilization, about life in the Sahara desert, the civilizations of Latin America before the invasion of Columbus, about submarines, and sunken treasures. In each pavilion, the excursion is accompanied by a theatrical presentation, lectures, and a multimedia exhibition. Copyright www.orangesmile.com
Admire style in every aspect? Selection of the best design hotels in Switzerland
People in Switzerland love and appreciate beautiful things. A number of elegant and stylish hotels allow to choose accommodation for everyone. A …
Read further
Not far from Zurich, on the shore of Lake Turler, there is the Pegasus Small World. This place represents to its young visitors a huge collection of toys from different eras. In addition to toys, there are rides, beautiful trails, baths and observation platforms featuring enchanting views of the lake. In Lucerne, there is the unique park and museum of transport, where children can not only get acquainted with historical and modern models, but also ride a historic mountain train, sit in a cockpit, and visit a cinema showing thematic movies. Transport fans will also be pleasantly surprised by the exhibition in the park of railway miniatures, Swiss Vapeur Parc in Bouvre. It recreates a network of roads, along with dozens of locomotives with trains. 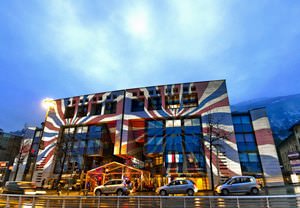 Geneva will amaze a sweet tooth. There is a chocolate laboratory in the Stetler store. During the tour, you can taste delicious Swiss chocolate. In the puppet museum, there are about 200 dolls from 20 countries. You can not just look at the exhibits, but also visit a theatrical performance with them. In Zurich, you should definitely look into the zoo. The territory of a huge complex is divided into thematic zones or continents. The each zone recreates the natural habitat of animals as close as possible. Visitors can watch feeding of penguins, fish or monkeys. On the territory of the zoo, there are restaurants and food courts, where you can always relax and have a snack.

Zoos and gardens in Switzerland
♥   Zoo 'Knies Kinderzoo' Rapperswil. On the map 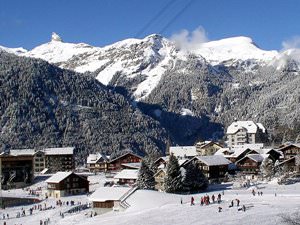 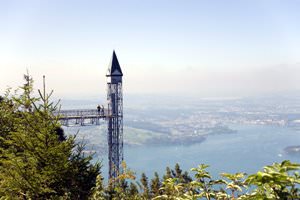 The Hammetschwand lift, which is located in Switzerland, will definitely please the tourists who like nerve kitzel. This elevator was built in 1905 and is located in the surroundings of Lucerne, not far from Lake Lucerne. The elevator lifts the passengers to the beautiful viewing platform, which is located at the height of 153 meters.

More than a century after the opening, Hammetschwand was considered the highest lift in Europe. In the beginning of the 20th century he lifted the passengers with speed of 1 m / s. Later, the elevator was modernized and today he lifts the passengers to the viewing platform in less than a minute. The tourists, who want to test the Hammetschwand themselves, should take into account that it works less than half a year. The elevator opens in the second half of … Read all
All unique sightseeing Switzerland

Top cities of Switzerland for children

Zurich
There are several family-friendly museums in Zurich, and Technorama Winterthur is one of the most interesting. Open in Zurich suburbs, it’s a large technical museum where young visitors can not only look at but also touch the exhibited items. Children will learn many interesting facts about operating principals of various machines, will see plasma with their own eyes, and even look at small models of tycoons and tornados. As a rule, kids are particularly fond of the optical illusion room. … Read more

Zermatt
Zermatt is considered one of the best European ski resorts. There is everything you need to learn the features of skiing and snowboarding not only for adults but also for children here. Experienced instructors have experience working even with four-year-olds children. You will find equipment for both adults and children at local rentals. If you send your child to any of the ski schools, it will be one of the best options to teach him to ski. You can relax during this time. Children from four … Read more

Geneva
Bois gela Batie Amusement Park is a very unusual entertainment center. This park is open in a picturesque nature reserve, where, among lush greenery, children will find interesting playgrounds and attractions. In summer, several swimming pools work in the park, including a shallow one for small children. Kids will also like exploring local caves and caverns. There are many various playgrounds for children of all ages in the park, and adults will be pleased with comfortable relaxation areas. In … Read more

Luzern
The number one entertainment center to visit while in Lucerne is Alpamare Water Park where you can find many interesting water rides that will be appreciated by both children and adults. Some of them are sure to please even seasoned thrill-seekers. Kids will certainly love every moment spent in a playground equipped here. The site is outdoor, offering wonderful views of Lake Zurich and Lake Aubert. If your child is getting hungry, be sure to visit a cafe on-site without wasting time looking … Read more

Basel
There is another interesting zoo in the city – Tierpark Lange Erlen. It is noteworthy for its arranged open-air cages, the demarcations between which are literally elusive. Special living conditions are created here for all animals, which are as close as possible to conditions of wild nature. Visitors to the zoo will be able to observe how storks nest, feed friendly goats and donkeys, and also get acquainted with other typical inhabitants of local farms. This is one of the few zoos in the … Read more

Locarno
Locarno will be a real find for fans of active entertainment. In the city, there is a first-class adventure park “Gordola”. This park is located on the territory of a beautiful forest and offers guests dozens of extreme attractions. It is a big rope town where you can find rope and wooden bridges among the trees, bungee jumping, and other unusual breathtaking attractions. In this wonderful park, recreation areas with benches, picnic areas, and playgrounds for the little ones are available. … Read more

Saas-Fee
There is a children's department called Snowli at the large Swiss Ski & Snowboard School Saas-Fee. Animators work here. Internal competitions and discos are held every week. Classes are held in two types of groups. “Minis” classes are designed for kids 3-4 years old. “Junior” classes are held for children 4-6 years old. There are also classes for those who are seven years old or older with their training levels and 3 leagues: blue, red, and black. You can leave your child in the … Read more

Lugano
Splash e Spa Tamaro is perhaps one of the first places to visit while in Lugano. This is a very beautiful water park that has already managed to become a favorite place for many tourists and locals. Kids will surely love its water rides, many of which are pretty impressive. Both indoor and outdoor swimming pools (with a bar and beautiful views), as well as wave pools, can also be found here. There is also a spa on site (as indicated by the waterpark's name). In the evening, its atmosphere … Read more

Map of Switzerland cities for family trip with kids