Detailed hi-res maps of Montreux for download or print 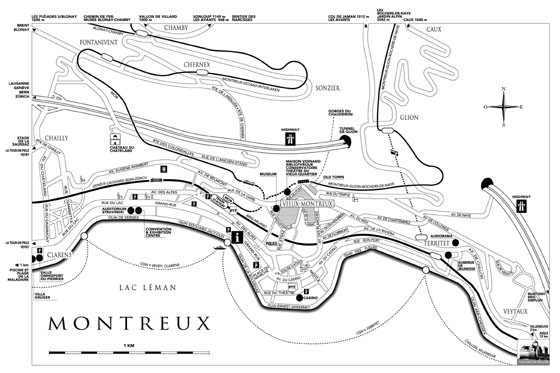 Despite the fact that there is no access to the sea, water transport here has become widespread. This is due to a large number of lakes. In order to get from one shore of the lake to another, ferry services are usually used. If you just want to admire the picturesque landscapes and lake surface, you can buy a ticket for sightseeing boats. They ply along the lakes in the largest cities of the country. Cash desks are located just at the coast. You can also ride a bike in the city. There are bicycle lanes, and the two-wheeled transport can be rented in any town. In Zurich and Geneva, bicycle rental is free of charge. In such a manner, cities take care of the environment and every person an opportunity to move fast without overloading public transport and polluting the city with cars. … Open

The foreign trade brings a huge profit to the country. The largest percentage of exports are manufactured goods, medicines, and food. The main trading partners of the country are the USA, Europe, China, and Japan. Switzerland is the seventh country in the world in per capita income. Some of the most prosperous people in Europe live there. The per capita income in 2014 was about 89 thousand dollars. The national income of Switzerland in 2014 was about 734 billion dollars. In recent years, aging of the population is increasing, which causes some imbalance in the retirement sphere. The gold reserves of Switzerland are simply amazing. Each hotel owns at least a hundred ounces of the pure gold. … Open

Search for services, infrastructure and sights on map of Montreux

Our guide chapters over Montreux

Montreux for children - what to visit

As for parks, you should visit Swiss Vapeur Parc with children. It is a sort of mini Disneyland or a small land with mountains, lakes, and palaces. Here, you can travel by tiny train. The only problem is that the park is closed in winter. It opens in April. Here, you can have a family picnic or have a snack in a local cafe. Jardin Instinctif is another interesting park where beautiful alpine flowers grow. In an … Open

9. Some of the most popular gifts in Montreux are local wine and chocolate. You can buy them in special shops, the most luxurious of which are located in the city center. 10. In tourist centers and hotels, you can buy the special Montreux Riviera Card. It allows you to use some types of transport for free and gives a discount on sightseeing tours. 11. Local culture centers offer a special discount … Open

Montreux lives an eventful cultural life. During the year, a lot of beautiful festivals and holidays, most of which have become world-famous, are celebrated here. In summer, the Montreux Jazz Festival takes place. It was first held in 1967. The music festival is usually held in the first half of July on the bank of Lake Geneva. It has been very popular over the years. In 1967, the first fest was held in a local … Open

People having a sweet tooth should visit the chocolate Caller factory in Montreux. Here, the best Swiss chocolate is produced. It is appreciated by gourmets and sweet-tooth people from all over the world. Several years ago, the factory became available for tours. Everyone can see the process of the production of legendary Swiss chocolate. The tasting of sweets is an integral part of excursions. In the territory of … Open