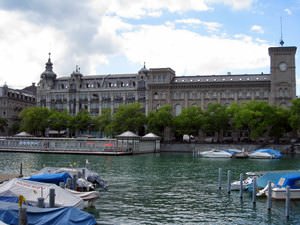 Politically, Switzerland is considered the Federal Republic. The Constitution in the country was adopted in 1848, and, 26 years later, some improvements were made.The central power in the country is rather poorly developed. The main reins of government are in the hands of the regional governments in cantons. The democracy of Switzerland can not be considered either presidential or parliamentary. The general political system consists of a bicameral parliament and the Federal Council. The Council includes 7 members or federal advisers, who are appointed for a period of 4 years. The parliament elects them.
Oldest hotels in Switzerland with a rich history
The Swiss are very attentive to everything that represents the cultural value for the country, including the old buildings that quite often house …
Read further
A council is being formed on the basis of the five largest parties. At the same time, ministers are prohibited from further propaganda of political concepts of their own party. All of them should act exclusively for the benefit of Switzerland, putting this goal above party principles and posts. Each year, one of the seven members of the Federal Council holds the post of president of the country. According to the current Constitution of Switzerland, all seven Ministers of the Federal Council are absolutely equal and must make decisions on the basis of collegial meetings. In this case, the position of the President is only a formality. There are 7 federal ministries in the country, and the activities of each minister are oriented towards the relevant ministry. Abroad, every minister has the right to represent the whole country independently.
The country's parliament consists of two chambers. The first is called the National Council and it embodies the entire Swiss people. The second chamber is the Cantonal Council that represents the cantons as a whole. The first large chamber includes 200 deputies. They are elected every 4 years by the people in every canton. The small chamber of the cantons includes 46 members. There are two representatives from each canton, and one from the half canton, which is a full-fledged subject of the federation. According to the basic rules of the majority system, the people of each canton elect representatives of the region to the Cantonal Council. Both chambers of the Government are engaged in approving federal laws and strict control over the actions of the Federal Council, including the President. The peculiarity of the political structure of Switzerland is the relative equality of both chambers of Parliament, so that large cantons are not able to press on small areas. Copyright www.orangesmile.com
When and where to 'hang out' in Switzerland - festivals and celebrations
There is an incredible number of holidays in Switzerland. Festivals and events held in each canton are added to the nationwide ones. The Swiss …
Read further
The Federal Supreme Court is located in Lausanne. At the same time, its authority does not include the recognition of federal laws as unconstitutional. Its members are elected by the Federal Assembly for a period of six years. Traditionally, in Switzerland there is a militia system. All armed forces of the country were formed precisely on the basis of active citizens. Therefore, to date, there are practically no professional soldiers in Switzerland. All men liable for military service are urged to take courses annually, which allow citizens to combine professional activities with military service. 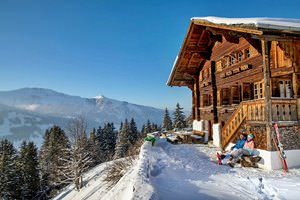 The practice of direct democracy allows citizens to influence on certain political decisions. Such democratic principles are considered to be among the most developed in the world. Swiss citizens can even propose a bill - it is necessary to collect 100 000 signatures for that - or protest against any law adopted by Parliament. The second form of democracy is the Referendum. And if citizens can collect 50 000 signatures in 100 days, after the adoption of a specific law, it can be challenged after voting on the Referendum. That is why, even in the case of the slightest disapproval from the citizens, the Government is trying to reform the legislation in order to avoid dissatisfaction of the population. The Swiss foreign policy is extremely loyal, which allowed to avoid various destructive wars. This gave an incredibly strong impetus for the development of a stable and reliable economic system. 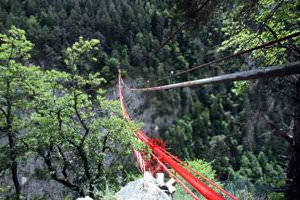 In Switzerland, Niouc Hängebrücke was built in 1922 above the deep ravine at the bottom of the river Navizence. In contrast to many other Hängebrücken, it was built not for the improvement of the transport infrastructure of the region, but for the optimal installation of the pipeline. The height of the bridge is 190 meters. The last major reconstruction was carried out in 1996.

In the same year, the space for Bunjee jumping, as well as a lot of the other breathtaking attractions were equipped. Today, the bridge is in the middle of the great adventure park, where you can prove the bravery in different ways. Under the bridge the swings were suspended. Next to it are the training places for mountaineers and the trampolines for those guests who are not afraid of jumping next to the … Read all
All unique sightseeing Switzerland

Photogallery of famous places of Switzerland

Zurich
Zurich is the most important administrative center of Switzerland and the financial capital of Europe. The very name of a metropolis is associated exclusively with the word "quality", and not without reason. Zurich has headed various prestigious ratings, which almost every year awarded it the status of a city with the highest standard of living in Europe. The same can be said about the well-being of local residents, as well as prices: Zurich has traditionally been considered one of the most … Read more

Zermatt
If you manage to start a conversation with one of the townspeople, you will find that they tend to understate personal achievements. For example, if you ask a Swiss man if he can play a musical instrument, your interlocutor will answer "a little". In most countries, this answer will mean knowing the simplest guitar chords or compositions. A person who has studied at a music school for several years or even graduated from it with honors will give you this answer in Zermatt. It is so accepted … Read more

Geneva
Escalade, which is celebrated each December, is one of most famous and colorful national holidays. A large historical procession is the culmination of the festival. The townspeople dress up in medieval costumes and walk on main city streets with an orchestra consisting of flute and drum players. Hot red wine is considered the main drink of the holiday. It can be tasted in many coffee houses of the city. From early morning till late at night the Old Town becomes the venue of numerous music … Read more

Interlaken
Festivals in Interlaken are always fantastic and unforgettable events that you will definitely not want to miss. At the beginning of June, vacationers will find it very interesting to visit the event named Greenfield. It lasts three days. This is the time when the festival’s venue (namely, Flugplatz military base) is filled with the sound guitar riffs, inviting all visitors to dance as they have never danced before. Among headliners, there are always popular and famous performers because the … Read more

Luzern
The main events of the festival are grand marches or mask parades. Traditionally there are two parades during the Carnival. The first one is considered to be official and austere. The representatives of different non-governmental organizations and guilds are commonly participating in the march. Tourists are commonly more interested in the second parade – the Monster parade in which any enthusiast may participate. To take part in the mask parade one should just get a monster suit. Many city … Read more

Basel
The end of October is the time for a large gastronomic fair, on which the local companies show off their products. Travellers really enjoy purchasing delicious Swiss cheese, dairy products and sweets from street vendors at very competitive rates. If you’re an art lover, the best time to visit Basel is June, when the city hosts the International Exhibition of Art. In the galleries of the exhibition you will find priceless works of Swiss artists. In addition to old and beautiful paintings, … Read more

Locarno
Townspeople are big fans of such holidays and always take an active part in them. Their behavior may even seem strange to many foreigners since it is not at all associated with the restrained nature of local residents. Here, it is extremely rare to witness excessive emotions or see people chatting with each other in crowded places. All communication usually takes place in a more secluded and less crowded setting. It goes without saying that talking to strangers on the streets is not accepted … Read more

Saas-Fee
You can participate in a candle-lighting ceremony near the church before Christmas. Anyone can join it. You don't have to be a Catholic or have a good command of French or German to do this. You can even donate candles purchased at local church or abroad Saas-Fee to the ceremony’s foundation in advance. This way you will contribute to the celebration. You will be able to experience the spirit of Christmas. But you will also be able to taste the fine local mulled wine at the ceremony. If you … Read more