Cuisine of Limburg for gourmets. Places for dinner - best restaurants 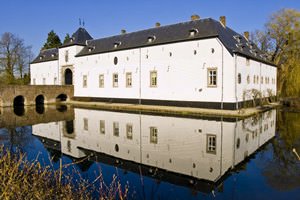 Limburg is full of attractive dining places, where you can enjoy classic Dutch cuisine. It should be noted that neighboring Belgium had a serious impact on the formation of Limburg culinary traditions, so many local dishes may seem quite unusual to foreign guests.
Your active city break in Limburg. Attractions, recreation and entertainment - best places to spend your day and night here
The fabulously beautiful region of Limburg appeals to fans of various activities. Scenic parks and caves, ultramodern malls and shopping centers, an abundance of attractive bars and …

Open
Seafood occupies a honorable place in local menu. You can enjoy it in the Beluga restaurant situated in Maastricht. All dishes have unique decoration; in addition to a huge selection of fish and shellfish, the restaurant serves delicious desserts. French restaurants are also common in this area; this culinary tradition enjoys continued popularity among locals.
The restaurant Chez Philippe in Venlo can be called the best in town. Every day, this popular restaurant is visited by thousands of guests wishing to taste exquisite French delicacies for a modest fee. Another popular dining place is the Alde Mert restaurant; it is recommended to those who wish to get acquainted with the local cuisine. The menu consists of the most popular dishes of Dutch and Belgian cuisine, but there are also exquisite French delicacies. Copyright www.orangesmile.com
Guide to Limburg sightseeing - things to see and to visit
Limburg is situated in the southeastern part of the Netherlands. Several centuries ago, Limburg was an independent county, large industrial and commercial area. Its capital was the city of …

Open
Travelers who visit Gulpen should definitely look into the Atelier restaurant. It specializes in gourmet dishes; its specialty treats represent a unique combination of national traditions and French charm. Besides the vast menu, the restaurant has a rather pleasant decor; in warm months it allows visitors to stay on the spacious terrace. 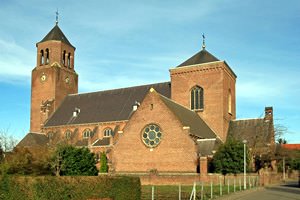 Among numerous dining places of Roermond the De Gelegenheid restaurant remains a confident leader; its customers are pleased with a great choice of Dutch cuisine. Pleasant interior design of De Gelegenheid ideally complements the quiet and secluded area. Werth has pretty much fancy restaurants and cafes. One of these places is the Mediterranean restaurant Bretelli resembling an art gallery with its design. Limburg has restaurants of different traditions, but a tour to this picturesque province would be incomplete without a visit to the popular local diners.

This guide to cuisine and restauraunt in Limburg is protected by the copyright law. You can re-publish this content with mandatory attribution: direct and active hyperlink to www.orangesmile.com.
Limburg - guide chapters 1 2 3 4

♥   Restaurant 'Aubergine' Tegelen. Type - Modern cuisine. 12.9 km from the center. On the map

Distance from Limburg center - 37.9 km.
The year 1901 is considered the official date of the museum's foundation. It occupied several rooms in the city hall building for the first three years of its existence. The museum moved to the former Protestant school building in 1904. It was located there until 1925. The museum was moved to the Karl-Brandt House in 1926. It stayed there until 1944. This historic building was destroyed during the Second World War. So the museum had to find a new location. It was located in the Oskar-Kühlen-Haus building until 1982. The museum building is an outstanding architectural landmark of Monchengladbach today. … Read further

Distance from Limburg center - 47.5 km.
The authors of the project of an unusual staircase are Heike Mutter and Ulrich Genth. They managed to combine in one structure two functions at once: to make an excellent viewing platform and an unusual attraction. Many tourists prefer to stroll through the stairs in the evening, when it is decorated with spectacular artistic illumination. The design is quite of impressive scale. Its height reaches 13 meters. From the highest point of the staircase opens a wonderful panoramic view of the city. … Read further

Searching where to eat - restaurants and cafe on Limburg map

Cuisine and restaurants in the neighbours of Limburg

Venlo
HapaS is a relatively small restaurant with affordable prices. A three course dinner will cost approximately 10 euro. In the morning, the restaurant serves fresh coffee, sandwiches, and pastries. During the lunchtime, everyone is welcome to try original salads and delicious first-course dishes. There are restaurants that specialize in Greek cuisine in Venlo, and Kreta is one ... Open »
Monchengladbach
Another unique place is a bar named KULT+GENUSS. It is situated in a spectacular historic building designed in an old architectural style. In the bar, you can taste dozens of German beer varieties from different regions of Germany. It also offers a luxurious wine list. Besides a wide choice of beverages, it offers a rich menu. Here, you can taste German, Mediterranean, and ... Open »
Eindhoven
There is also the attractive tapas bar, Que Pasa. In warmer months, visitors can stay on the terrace in the picturesque courtyard. Here you can enjoy interesting snacks and desserts, drink a glass of your favorite beer and just relax in casual atmosphere; reasonable prices will contribute to the whole impression. Among the restaurants of national cuisine, La Fontana is ... Open »
Duisburg
Duisburg is rich in restaurants of different culinary directions, but travelers are traditionally most interested in dining facilities that specialize in cooking national dishes. Interesting meat dishes should be included in the list of traditional food first of all. As a rule they are served with boiled or fried potatoes as a garnish. Fans of dietary cuisine may consider such ... Open »
Oberhausen
ALEX is a popular restaurant among budget travelers. It features a harmonious design in a classic style and specializes in regional and European cuisines. Here you can order river fish, including herring so beloved by locals. To complement meat and fish dishes, visitors are offered a wide choice of salads and vegetable garnishes. The restaurant has a special menu for ... Open »
Dusseldorf
Dusseldorf is very popular among fans of gastronomic tourism. Its cozy and welcoming restaurants will surprise even big experts in cooking. Guests of Chanakya restaurant will be offered to try the best dishes from Indian cuisine, but the excellent menu of the restaurant is not the only advantage of it. Unique design of the hall features a great reflection of distant and ... Open »

Travel notes on best cuisine and restaurants of Limburg (Netherlands) on OrangeSmile.com. Famous recipes and traditional dishes and courses in Limburg restaurants. Where to eat - our recommendations on popular places in Limburg, where you can taste delicious meal and also spend a good time with your friends.