National traditions of Czech Republic. Habits, mentality and the way of living 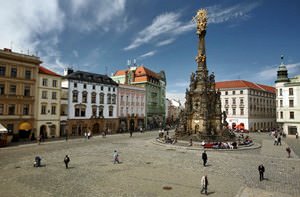 The Czech Republic has a rich culture and a complicated history. The latter is reflected in the character of Czechs - they are typically quite private persons and do not show emotions, especially to unfamiliar people. Many Czechs tend to have distrust, especially towards foreigners. Personal space is very important in the Czech Republic. At the same time, Czechs are quite hospitable, and only with long acquaintance their kind and friendly nature reveals. Czechs are more individualists than collectivists, and this applies to both personal life and work. Western habits prevail in business. Being late for official events and meetings is considered very rude.
When and where to 'hang out' in Czech Republic - festivals and celebrations
The Czech Republic is a country with a rich history and cultural heritage, which are reflected in local holidays and festivals. Czechs love both …
Read further
Entering the house, Czechs remove their street shoes immediately and put on slippers. Almost every Czech house has shoes for guests. Even in the workplace people often change their shoes to lighter ones. Many Czechs, being at home with their families, can only be dressed in underwear - this should be borne in mind if you're planning to visit your Czech friend. His/her father can sit in a living room just in his underpants without feeling any embarrassment. Family plays a crucial role in the life of every Czech, often several generations live side by side. It is customary to respect all the elderly, including strangers. In public transport, locals give up their seats to older people and pregnant women.
At home, the roles of men and women are clearly divided. Women are expected to sacrifice careers for the sake of raising children and caring for the house and husband, men are traditionally bread-earners. Nevertheless, most women have jobs. Men and even little boys should not cry in public. Czechs use a polite form of address to strangers and unfamiliar people, as well as elders. People of the same age or with a small difference in age quickly shift to an informal form. If these are people of different sexes or with a big difference in age, a woman or an older person usually suggest going to first name terms. Copyright www.orangesmile.com
For active traveler - national parks, landscapes and nature of Czech Republic
Located in the center of the European continent, the Czech Republic shares borders with Germany, Poland, Slovakia, and Austria. A relatively small …
Read further
Getting acquainted with someone, Czechs shake the hands, keeping eye contact. Friends are greeted the same way. Czechs are mostly logical and practical, and try to plan ahead, appreciating these qualities in others. The question "how are you?" should not be asked at the first meeting - this may be regarded as an interference with privacy. It happens because this kind of question is perceived as a literal desire to learn about the life and well-being of a person. Instead of the polite Western “I'm fine, thanks", the Czech can really start talking about his health, what he did yesterday, and how petrol prices make him angry. 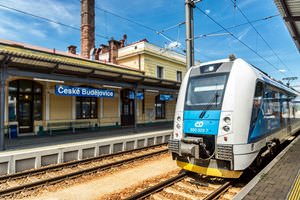 Most Czechs are Catholics, but there are also many atheists in the country. Here faith is considered a private matter. During a conversation, Czechs are at arm's length from each other. Only people who don't want their conversation to be heard by others stand closer. Eye contact is always maintained. Being quite tolerant, many Czechs still have a negative attitude towards Gypsies living in the country, suspecting them of being prone to theft. In general, the crime rate in the Czech Republic is one of the lowest in the world, and the country is considered one of the safest for life.
Unique sights of Czech Republic from our series 'Extreme places on Earth'
These spots really worth the attention of a real traveler-researcher. …
Read further
Czech mentality can be called “a small country's mentality”. “A small but their own” - that's what many Czechs think, preferring to pay more attention to what is happening in their country than in the rest of the world. All Czechs are very fond of music, many love to sing at any opportunity, be it a wedding, a public holiday or just meeting up with friends for a beer. Czechs highly value education and respect educated people. Most Czechs are willing to spend the last money to ensure that their children receive the best higher education. 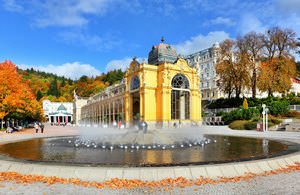 Most Czechs have national pride; they have a good opinion of their country, its culture, and other Czechs, being rarely prone to crude nationalism. Residents of the Czech Republic, being pragmatists and skeptics, solve the problems they face rationally and without unnecessary emotions. A Czech who openly shows emotions can usually be seen only in a pub. Over a beer, they often have heated debates on the hottest topics (politics, sports, economics) with friends and strangers.

This article about national traditions in Czech Republic is protected by the copyright law. You can re-use the content, but only under the condition of placement of an active link to www.orangesmile.com.
Czech Republic guide chapters 1 2 3 4 5 6 7 8 9 10 11 12 13 14 15 16

♥   Bazilika Nanebevzetí Panny Marie a sv. Cyrila a Metoděje, Velehrad. On the map

Prague
Locals are famous for their love to sport. We should say a couple of words about this passion separately. The city’s sports facilities are visited absolutely by people of all ages. On mornings the city’s parks are always full of cyclists and people who came here to make a jog. Tourists are also advised to rent a bike and make a walk through picturesque streets of the city. For many local people bike has even become the main vehicle, so they can exercise right on their way to work. As for … Read more

Karlovy Vary
The reason for this is the fact that the 31th of December is the day when local residents celebrate an old religious holiday - the Day of St. Sylvester. Holiday celebrations begin early in the morning, when the streets of the city become the location of interesting fairs, concerts and activities for children. On this day people should have fun and walk in the city until the evening, and when darkness falls to the city locals come back home and prepare a festive table. According to a good old … Read more

Brno
While walking on the streets of the city, tourists will certainly notice how clean they are. Visitors are also asked to follow the local rules and maintain order. Please keep in mind that debris thrown in the wrong place may lead you to heavy fines. During year Brno becomes home to numerous interesting events. Each of them has its own unique traditions and customs, but there are also many similarities in these national celebrations. For example, simply no celebration is possible without a huge … Read more

Plzen
At the time of festival there are the most unusual competitions, the one of the natives’ favorite entertainments is competitions of trays throwing. The local strong men demonstrate their talents for rolling beer casks; all those who wished to have a part into the national festivities and entertaining events can do this. Pilsner Urquell is the most famous sort of beer, which is still produced by the local factory. At the first time production started in 1842, the first portion of beer was … Read more

Ostrava
Besides the unhurried nature, citizens are also known for being very superstitious. Here, everyone, from baby to long-lived centenarians, believes in ancient legends and can tell many stories about ghosts that can scare even brave skeptics. Such stories and legends are linked with literally every ancient castle and palace here. For curious tourists, they even organize special ghost-hunting tours. Tourists should respect all sorts of beliefs and legends and by no means laugh at them - such … Read more

Liberec
Locals may seem quite reserved to many foreign guests. All the city's residents dress in a very modest way, it is not customary to wear expensive jewelry and show off other expensive accessories. It is literally impossible to recognize the financial well-being of any local resident, since there are no obvious differences in behavior and style of clothing. The reason for that is the traditional upbringing - it is not customary here to brag about one's wealth and flaunt it. Local people are … Read more