Sightseeing in Central Bohemia - what to see. Complete travel guide 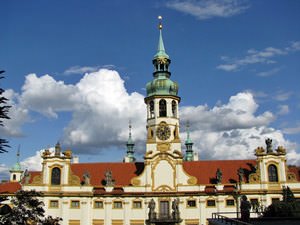 Bohemia is the largest region of the Czech Republic, which includes major cities such as Prague, Liberec, Plzen, Usti nad Labem, Hradec Kralove and Ceske Budejovice. Tours to cities of the region are very popular. Each of them is represented by countless landmarks, entertainment venues and shops.
Prague is the undisputable leader among the cities. Most of the attractions are concentrated in the Old City. Church of Our Lady before Tyn, the Town Hall, the Prague Castle, Golden Lane, the old quarter of Josefov, Strahov Monastery and Petrin Lookout Tower are among priceless historical monuments that can be seen in Prague. You can not only stroll through remarkable places, but also look into local restaurants; beer lovers will appreciate great beers served at local bars.
Plzen is also famous for its architectural landmarks, among which St. Bartholomew, Church of the Assumption of the Virgin Mary, the old town hall of the 17th century built in the Renaissance style and Old Synagogue are considered the most important. Here is the famous West Bohemian Museum storing thousands of priceless historical artifacts. Liberec also excites fans of excursions and those who want to visit colorful markets and shops. The fact is that the city has several large textile mills. You won't find such a choice of fabrics and clothing in any other Czech town. Art lovers will be interested to visit the art gallery, while families with children will love the local zoo. One of the most popular destinations among tourists is the Babilon entertainment complex. Copyright www.orangesmile.com
City of Usti nad Labem also offers to visit its zoo and take a stroll through the picturesque parks and squares. The old church of the Virgin Mary is considered to be the most striking architectural attraction of this place; it has witnessed many important historical events. Ceske Budejovice is famous for its Dominican Monastery and Iron Maiden Tower; Hradec Kralove boasts an excellent water park and lots of old buildings, which can be seen on every street. Every year Bohemia attracts more tourists who are in awe of its beauty. 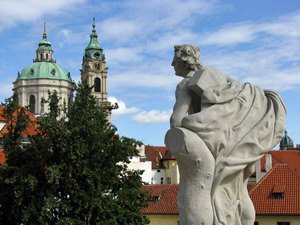 Bohemia is often chosen by fans of ecotourism and active holidays. There are a lot of small picturesque towns and only a few experienced tourists know about them. Those who prefer walking along picturesque places will be really impressed by Rabi. The main attraction of the town is a namesake castle. This castle started to be built in the 13th century. It had been used as intended until the 18th century and then was abandoned. Today, you can explore the entire territory of the old castle. Tourists have an opportunity to see its rooms, walk along its halls and towers that have a spectacular view of the surroundings.
The enchanting town of Tabor is a perfect place for excursion tourism. Its old streets have excellently survived to this day. The historical district is a pedestrian zone, so it is very convenient to walk and relax here. In the building of the old town hall, there is the Hussite Museum that houses the collection of historical exhibits. Another interesting place is Zizkovo Square where 12 historic streets end. Today, there are several symbolic monuments on the square. 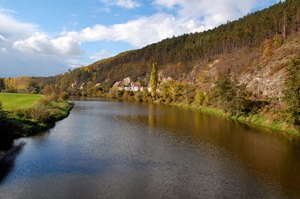 Pelhrimov is famous not only for its rich historical values, but also for medieval brewing traditions. In the 16th century, the first brewery was opened here. Now, popular beers are still brewed in accordance with old recipes in the town. Interesting themed excursions are organized for fans of beer. You can also visit here amazing pubs. The most famous pub in the town is historical U Vlasaku.
If you want to vacation far from lively tourist districts, visit Susice that is located near the Rabi Castle. In the Middle Ages, this town was a big trade center. Rich merchants and industrialists producing salt lived here. Luxurious palaces in the Renaissance style that belonged the richest natives once remind of the Middle Ages. One of the most beautiful architectural monuments in the town is the Vorontsov House. Now, this building serves as an interesting historical museum. In the city surroundings, you can see the preserved fragments of old defensive constructions.
This guide to iconic landmarks and sights of Central Bohemia is protected by the copyright law. You can re-publish this content with mandatory attribution: direct and active hyperlink to www.orangesmile.com.

City tours, excursions and tickets in Central Bohemia and surroundings

National and city parks around Central Bohemia
♥   National Park 'Karkonoski Park Narodowy' , 112.7 km from the center. On the map

♥   Nature Park 'Gemeindeau-Heidenreichstein' , 113.8 km from the center. On the map

Sights around Central Bohemia from our guide 'Extreme places on Earth' 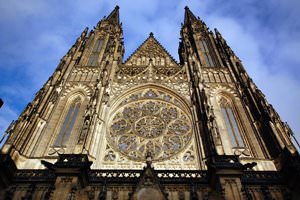 Distance from Central Bohemia center - 45.1 km.
Entrance doors for ordinary visitors of the cathedral are equipped on its western facade. A special entrance is equipped for high-ranking clergy. It is called the Golden Gate. Elaborate mosaics adorn them. Scenes of the Last Judgment are captured on it. Many mysteries are connected with the Golden Gate. Among them are astrological signs applied to them. Astrology was considered pseudoscience according to the Church canons. Therefore, it remains a mystery of how astrological symbols could appear on the gate. No one was able to determine what they meant, either. The cathedral is located near Prague Castle. A great panoramic view of the Gothic building opens from some areas during a walk through its territory. … Read further 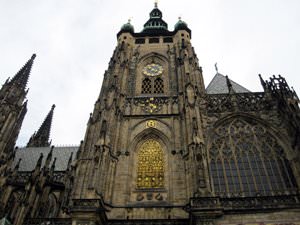 Distance from Central Bohemia center - 45 km.
In some houses the interiors of the previous years were restored. In such houses the collections of antique furniture, works of art, ancient books and documents are preserved. After visiting the old buildings and the church you can walk in the Royal Gardens. The tourists who visit Prague Castle with the young children can go to Golden Street. Here the interesting museum of the toys was opened in one of the colorful houses. The painted galleries, the old fountains, the painted gates and the hundred-year-old statues - all this can be seen behind the walls of the wonderful old castle. … Read further

Search touristic sites on the map of Central Bohemia

Sightseeing in regions nearby Central Bohemia

Kutna Hora
It is easy to get to Kutna Hora from the capital of the Czech Republic. There are daily trains to this town, so you can reach the “silver” settlement in just one hour. Besides trains, some buses connect the “Czech treasury” to the capital. This direction is popular, so there is no problem with finding a suitable bus. You will reach Kutna Hora in one hour and forty ... Open »
Prague
Prague is one of the most beautiful cities in the world. The city is divided into two parts by the Vltava River. Together with Athens, Rome, Paris and London, Prague belongs to the oldest metropolises of Europe. Nowadays, its former beauty is back - access to all the sights is open again, and the restoration work of the most important monuments and historic buildings has been ... Open »
Hradec Kralove
At the moment, there is no direct way to Hradec Kralove from foreign countries. The most popular way is to reach Prague first and then get on a bus to the “Queen’s City”. There are several buses a day that go in this direction. The ride will last one and a half hours or two hours. It is also possible to reach the city by train. For this purpose, get to the Prague ... Open »
Liberec
If you enjoy shopping and various kinds of entertainments, you should definitely move your feet to the trading center named Babylon. It occupies the area of approximately 5.5 football fields. Babylon is the location of numerous restaurants, shops, wine cellars; in this center you will find a disco, playing areas, bowling, business center and even aqua and Luna parks. We can ... Open »
Ceske Budejovice
If you plan to travel to the South Bohemian Region, don’t forget to visit its capital – the city of Ceske Budejovice. This charming settlement is situated at the confluence of the Vltava River and the Malse River. Tourists from different countries of the world find this city incredibly lovely and attractive. Nowadays, Ceske Budejovice is famous for its beer, the likes of ... Open »
Plzen
Your excursion to the Museum of the Underground Tunnels will be one of the most exciting events. Of course, no excursion route can be done without visiting the local brewery. Within just one hour visitors will get acquainted with the technology of brewing; they will be able to explore the process in details and, of course, take part in the tasting of the prepared product. On ... Open »

All about Central Bohemia, Czech Republic - sightseeings, attractions, touristic spots, architecture, history, culture and cuisine. Prepare your trip together with OrangeSmile.com - find out the 'must see' things in Central Bohemia, which places to visit, which excursions to take, where the breathtaking views are waiting for you. Planning your trip with this travel guide will help your to get the most out of Central Bohemia in few days.