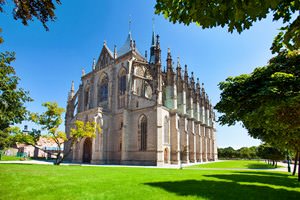 The Czech Republic is located in the heart of Central Europe. The cuisine of this country is world famous for its wonderful beer and juicy meat used for the preparation of many dishes. Roasted crispy pork knee is one of the traditional Czech dishes. Karbanátek is fried, breaded meat patties made of minced beef, pork or fish. Grilled sausages are served with mustard or horseradish, there are also popular sausages marinated in vinegar, onions, and all sorts of spices. They are usually eaten with beer. "Pilsner Urquell" and "Kozel" are the two most famous and popular beer brands in the Czech Republic. Locals also like stewed beef generously poured with vegetable sauce, which is often served with whipped cream.
What you need to know about Czech Republic prior to visit - advices
1. In Czech cities, especially in Prague, tourists are often insistently offered to exchange money on the street. Of course, you should do this only …
Read further
The meat of turkey, chicken, lamb, rabbit, as well as fish, is often used in traditional dishes. In Czech restaurants and local kitchens, you can find such dishes as roast duck and stuffed goose. Stewed pork goes to goulash, a spicy rich soup with onions particularly popular in wintertime. The most common garnishes to the main dishes are potatoes, rice, whipped cream, sliced dumplings made from potato or millet flour. Dumplings are generally well-liked here. They are prepared from yeast and flour with the addition of sugar, eggs and salt, and boiled in salted water for 20 minutes. Fried cheese is also widespread. Special tasty cheese popular in the Czech Republic is called “Hermelín” - it is white on the outside and very soft inside.
Apart from goulash, Czechs love onion and garlic soups. Salads are typically seasoned with lots of sauce or mayonnaise. Shopska salad is made from diced vegetables: tomatoes, green, yellow and red peppers, cucumber and onions covered in Feta cheese. All ingredients are mixed, sometimes with olive oil. Cucumber salad with sour cream, salt, sweet pepper, sweet onions, vinegar, and garlic is quite popular. Cucumbers are left in a colander with garlic and salt for half an hour, then the vegetables are manually squeezed out as much as possible. Copyright www.orangesmile.com
What to see and what to visit in Czech Republic with children
Many tourists travel to the Czech Republic as families. Here there are entertainment and educational programs and places to suit children and adults …
Read further
Popular local desserts include fruit dumplings, as well as pancakes with various fillings: fruit, jam, ice cream. They are covered in almond nuts or whipped cream. Sugar is added to some types of salads. A multi-layered honey cake with nuts and condensed milk is also very popular. On holidays, Czechs often eat fish soup. Dishes that contain legumes symbolizing the material well-being are always prepared for Christmas. Fried carp is indispensable during the winter holidays, and many Czechs put fish scales in their wallets to attract money in the coming year. 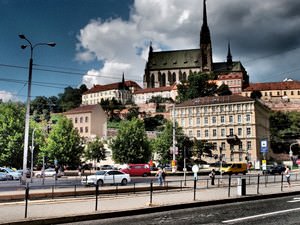 When dining at a Czech restaurant, keep in mind that bread standing on the table or served with a soup is rarely free. You'll most likely have to pay for each slice. Sauces and garnishes are normally paid separately. In cafes and restaurants, Czechs often share tables with strangers - sitting down next to someone is normal when there are no free places. After the meal, it wouldn't be superfluous to compliment the chef. It is customary to leave a tip in the amount of 10-15% of the bill. Tips shouldn't be left on the table but given directly to the waiter along with the total amount, informing him/her about it.
Shopping in Czech Republic - best shopping places, what to buy?
In the Czech Republic, shopping malls, stores, and supermarkets are at almost every turn, which makes it a great destination for shoppers. Popular …
Read further
If you are invited to a Czech home, be sure to bring a bottle of wine with you. Men traditionally enter the house first, the same rule applies to restaurants. The knife is held in the right hand, the fork in the left. Hands should be visible, do not put them on your knees. Putting elbows on the table and picking teeth are not acceptable. At somebody's home, guests eat everything that is on the plate, after which offered a second batch. But keep in mind that agreeing immediately is ill-mannered - first it's better to refuse. 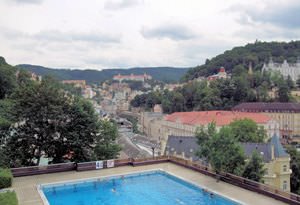 For fans of eating out, in the Czech Republic, there are all kinds of coffee shops and restaurants. Browar Krajowy brewery restaurant in Prague is a great place for beer lovers where Czech Lion beer is brewed and served, as well as traditional Czech dishes. Artisan Cafe & Bistrot in the capital offers fragrant coffee and own-baked pies. The cafe is vegetarian-friendly. In Karlovy Vary, you will find Smichovsky Pavilon, an elegant restaurant that is more than 120 years old. Czechs gather here to watch sports on large screens.

This article about national cuisine of Czech Republic is protected by the copyright law. You can re-use the content, but only under the condition of placement of an active link to www.orangesmile.com.
Czech Republic guide chapters 1 2 3 4 5 6 7 8 9 10 11 12 13 14 15 16

Cuisine and restaurants in popular cities of Czech Republic

Prague
Hacienda Mexicana restaurant provides its visitors with large selection of dishes from Mediterranean cuisine. Excellent mango salad, juicy steaks, cold meat with spicy sauce and other dishes will satisfy fans of this culinary direction. Slavia restaurant is known far beyond the city. Dishes representing Czech cuisine make up the basis of the restaurant’s menu. When it comes to desserts, the guests of this place usually order aromatic Venetian waffles and coffee. Fans of Asian cuisine are … Read more

Karlovy Vary
Pupp coffee shop is located in the building of the same named hotel. The main distinguishing feature of this café is a rich selection of various desserts and beverages. A part of tables of the café is set on the terrace, where guests can relax during a hot day and enjoy signature sweets. Elefant is a cozy restaurant that also offers various hot dishes and desserts. The restaurant features quite an original design of its main hall. Besides tourists the restaurant is frequently visited by … Read more

Brno
Kaskáda restaurant will be simply the best choice for rest of a big company and various celebrations. This restaurant also specializes in the preparation of dishes of the national cuisine. Friendly and professional staff at Kaskáda will surely organize any celebration at the highest level. A small cozy restaurant of Sherlock Holmes is located in the center of the city. The restaurant is very popular among both locals and foreign tourists. Among the specialties of the restaurant guests will … Read more

Plzen
The restaurant Slunečnice zdravá výživa s. r. o. is very interesting establishment, it specializes in healthy food cooking. The restaurant is popular not only among the followers of healthy food, but also among people who worry about their body, because here it is possible to taste fantastic and exceptionally health-giving dishes. The most popular restaurant among followers of vegetarian nutrition is Vegetka, the local cooks can make the real masterpieces with vegetables. There are exotic … Read more

Ostrava
It is necessarily complemented by Knedlíki - large dumplings made from potato or flour dough. They also became an essential symbol of local gastronomy. Dumplings are served here with many dishes instead of regular bread. Those who prefer original meat dishes should order Tlačenka - a special kind of spicy brawn served at Ostrava restaurants. Locals considered this dish to be an appetizer, but it is so hearty that it could well replace the main course. The meat jelly is prepared from all … Read more

Liberec
Even though regional dishes are clearly dominated by first courses based on meat, some soups are still prepared without it. A good example is Bramboračka - potato soup with seasonal vegetables. The way of serving the first courses is also special in Liberec restaurants. In some of them, dishes are served in bread bowls. To serve such dishes, they use the most delicious fresh bread, which is rarely left untouched. The most common snacks in local restaurants are all kinds of meat … Read more