Sightseeing in Brno - what to see. Complete travel guide 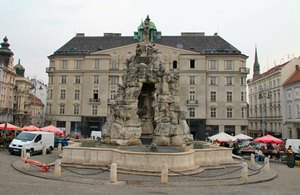 Brno is an ancient Czech city that is rich in different traditions and customs. This place is also known as the largest winery center of the country. Brno has a long history and sometimes this place is called “the city of wrong time”. Such name is connected with an interesting historical fact. The city was attacked by Swede in the 17th century. The inhabitants of Brno tried to resist as much as they could. The Swedish troops laid siege to the city for several days and then told if Brno didn’t surrender till noon, they would go away. On that day the bells of the local town hall rang one hour earlier and Swedish troops went away. The city was saved. In the memory of that event Brno keeps the tradition of ranging “the wrong time” – each day on 11 a.m. the bell-ringer on the town hall tolls twelve times.
Extraordinary weekend in Brno - unusual places, services and attractions for travel gourmet
If you have long explored all the most popular city tours and iconic sights in Brno, it's time to begin an independent acquaintance with the city. Some of its places tend to change radically …

Open
The town hall mentioned above is also known as one of the most notable sights of the city. The town hall hides the symbol of Brno – a stuffed crocodile. Why did such an exotic animal become the symbol of Brno? A crocodile first appeared in the city in the 17th century when it was brought there from Turkey. Local people were so amazed by the scary look of the unknown animal that they considered it a small dragon and decided to make that strong animal the symbol of their city. One more sight is Hrad Spilberk that has been the city’s main prison for a long time. While taking a walk in this fortress, you will hear many interesting stories from a guide, who will tell mysterious legends about real events that have happened in this prison.
St Peter and Paul Cathedral is a wonderful example of neo-gothic architectural style. Tall and thin spires of the church proudly tower above other buildings in Brno. Church of St John is one of the most visited places in the city. It traditionally attracts people by its rich décor and delicate hand-made ornament. The church is particularly popular among couples as there’s a belief this place brings luck and binds loving hearts for eternity. Moreover, there are numerous museums and galleries in Brno that will tell you a lot about the history of the city and will bring unforgettable memories. Copyright www.orangesmile.com
Brno design-hotels for stylish travellers
A true work of art design is the interior of Hotel Grandezza, which occupies a luxurious historical building on the Vegetable Market. The hotel is finished in rare woods and marble, the main …

Open
There is an ancient Capuchin monastery in the city, which was founded in the 17th century. There are a lot of amazing stories and legends associated with the monastery. Over the years the monks were buried in the monastery crypts, whose bodies mummified without any additional means in an amazing way. When these crypts were discovered for the first time, the monks looked as if they had gone to another world only a few hours ago. Modern researchers incline to explain this phenomenon by the fact that there is almost no natural air circulation in the crypts. Nowadays absolutely everyone can visit these mysterious underground caves. 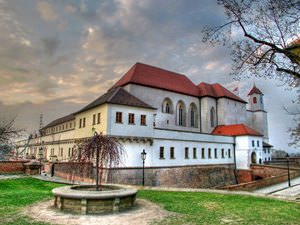 In Brno you can see many interesting architectural monuments; the fine example of the Modernist style is the Villa Tugendhat. It was built in 1930 and today is a UNESCO World Heritage Site and it has a lot of unique features. At the moment of building it was one of the most technically equipped in the city, looking at the villa now, it is difficult to imagine that it was built almost 100 years ago. This luxury villa with huge windows looks very modern.
Top places to stay in Brno - most luxurious hotels
Barcelo Brno Palace can safely claim the title of the most luxurious hotel in Brno. It is located in the heart of the city, on Silingrovo Square. The hotel occupies a unique historic …

Open
One more original place of interest is the Marketplace, as early as in the 13th century the vegetable market started working here. Local farmers sell fresh fruit and vegetables nowadays too; there are several interesting monuments on the market and nearby you can see beautiful historical buildings. Exactly on this square there is a wonderful Parnassus fountain, which was built in the 17th century and its main decoration is the sculpture composition depicting Heracles. 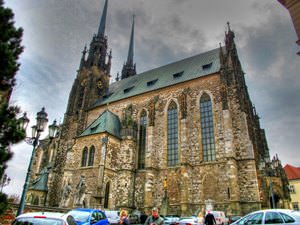 One of the most interesting cities’ museums is the Museum of Moravian land, it occupies the complex of several luxury palaces. Within the walls of historical buildings there is a many-sided collection of historical exhibits, where you can see also old cars, and collection of medieval weapon, and artworks as well as some curious collections of natural-science exhibits.
Old hotels keeping the history of Brno
In Brno, you can find unique historic hotels attracting customers with their incomparable situation and rich collections of antiques. For example, Royal Ricc that occupies a splendid Baroque …

Open
Brno lives rich cultural life, during the year there are several major festivals. Many tourists prefer to visit the city in the first summer days, because the parade of fireworks takes place at this time. Theatre and art festivals are held here one after another in summer, most of them are open air events.

This guide to iconic landmarks and sights of Brno is protected by the copyright law. You can re-publish this content with mandatory attribution: direct and active hyperlink to www.orangesmile.com.
Brno - guide chapters 1 2 3 4 5 6 7 8 9 10 11 12 13

City tours, excursions and tickets in Brno and surroundings

Survived castles around Brno
♥   Castle 'Burgruine Falkenstein' , 53.4 km from the center. On the map

National and city parks around Brno
♥   National Park 'Thayatal' , 68.9 km from the center. On the map

♥   Landscape Park 'Śnieżnicki Park Krajobrazowy' , 116.3 km from the center. On the map

Konopiste Castle is no less beautiful and grandiose than the previously mentioned two. The castle is located near the rivers Elbe and Vltava. As the castle had a strategically beneficial location, many mansions and palaces were built near it. During several centuries Konopiste Castle remained the residence of Czech princes and kings. Prague suburbs are the location of one more landmark – Terezin Fortress. The fortress got its name after the great empress Maria Theresa. Terezin Fortress was built in the 18th century; this is a large garrison city that was initially founded to protect the land against Prussian army. … Open 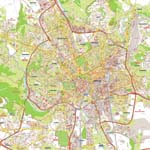 Search touristic sites on the map of Brno

Sightseeing in regions nearby Brno

Kromeriz
Kromeriz supported the Hussites during the Hussite War. The town became a bishop’s property again only at the end of the 50s in the 15th century. Eleven years later, the war between Bohemia and Hungary started. Kromeriz became the epicenter of the bloody battles. Unfortunately, this caused much damage to the town. However, Kromeriz managed to become one of the leading ... Open »
Olomouc
The sacred building changed its look more than once over the centuries. As each renovation brought new elements to the building, the solid-looking cathedral that we can see today is an interesting combination of Romanesque, Gothic, pseudo-Gothic, and Baroque architectural styles. The cathedral exhibits an important relic – a treasury box shaped like the Biblical Ark with ... Open »
Trencin
First mentions of this city date back to the 2nd century, when the Romans have created a fortified settlement Levkaristos on the place of the modern Trencin. In the beginning of the 11th century a fortress was built on the territory of the settlement. The owner of this place was a feudal lord Slovak Matos Chuck Trencin. The city got its name thanks to this fortress, which has ... Open »
Vienna
The history of Vienna is more than three thousand years. During the reign of the Habsburgs the city became the capital, and its imperial elegance is the legacy of the dynasty. Vienna is a world-renowned center of music, thanks to numerous famous composers who lived and worked in this city - Mozart, Beethoven, Haydn, Schubert and Brahms. The world-renowned Vienna Choir, the ... Open »
Bratislava
Bratislava is a magnificent and ancient city that always amazes visitors by the atmosphere of coziness and silence that is contrasting to fast and stressful life of modern urbanites. You will need to spend many days in order to view all places of interest and historical sites. We recommend starting your acquaintance with this city from its historical core represented by ... Open »
Hradec Kralove
The kostel is still operating and hosting the divine service. Nowadays, this is a forty-meter-long building that is twenty meters wide. The height of the inner premises is thirty meters. The amazing pipe organ is the main attraction in the church. Installed in the 60s of the 18th century, the musical instrument still works flawlessly. The main altar with a painting of the ... Open »

All about Brno, Czech Republic - sightseeings, attractions, touristic spots, architecture, history, culture and cuisine. Prepare your trip together with OrangeSmile.com - find out the 'must see' things in Brno, which places to visit, which excursions to take, where the breathtaking views are waiting for you. Planning your trip with this travel guide will help your to get the most out of Brno in few days.