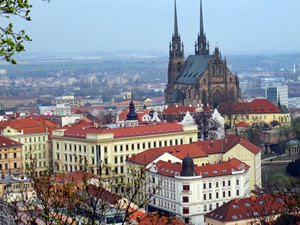 The Czech Republic is a country with a rich history and cultural heritage, which are reflected in local holidays and festivals. Czechs love both public holidays and days of national celebrations and festivals, the number of which is quite impressive. Each holiday date, as a rule, has its long history and traditions rooted deep in ancient times. Tourists going on a trip to the Czech Republic will most likely get to a festive event dedicated to celebrating a certain occasion.
Top Czech Republic hotels for most demanding travelers
5-star Art Deko Imperial luxury hotel surprises its guests with a ceramic mosaic decoration of the interior. Other luxurious advantages of the hotel …
Read further
Like in many other countries, the calendar year in the Czech Republic begins with the New Year. It coincides with the celebration of St. Sylvester's Day. A lot of festively dressed people walk through the streets, and carp with apples and lentils is served at homes. It is believed that this food can bring good luck and happiness in the coming year. On January 6, Czechs celebrate Epiphany or Three Kings' Day. Czechs go to church, children dress up as kings and collect donations for charity. Myasopust holiday falls on the same day. Czechs do not limit themselves in food during this period. Blood and liver sausages, pork in any form, roast duck and beer have become traditional dishes for the holiday. The symbol of Myasopust is donuts enjoying great popularity.
On Valentine's Day, people who kiss each other on the Charles Bridge will find happiness for the next year, and touching the sculpture of Saint John of Nepomuk on the bridge makes all the wishes come true. In February, there is Golden Beer Seal festival, during which 200 brewing companies present about 1,000 beers from around the world. A lot of beer-drinking competitions, the opportunity to try different types of beer and much more await guests of the event. Copyright www.orangesmile.com
Oldest hotels in Czech Republic with a rich history
A rich historical heritage of the Czech Republic found its expression in many hotels of this country. Hotel Imperial in Karlovy Vary dates as far back …
Read further
On the night of April 30th to May 1st, it is the Witches Night in the Czech Republic. It is believed that boundaries between the worlds are erased at this time, and evil forces come to the human world. On hilltops, Czechs burn bonfires, jump over them, dance and arrange all kinds of competitions. During the celebration, one can dress in a witch costume, try flying on a broomstick and participate in other interesting games. Many Czech towns hold witch processions ending with the symbolic burning of a stuffed witch. Easter is widely celebrated in the Czech Republic. It is hard to surprise anyone with painted eggs on this day, so Czechs lay them out wherever possible. Round dancing with birch twigs became an important attribute of the holiday. Men visiting girlfriends should spank them slightly with a wicker twig. It gives a charge of beauty and health for the whole year. 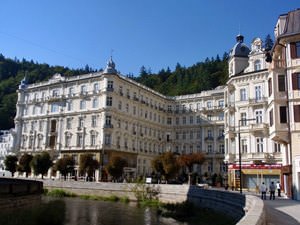 Five-Petalled Rose Celebrations dedicated to the ancient history and cultural customs of Bohemia are held in Český Krumlov in June every year. Within the framework of historical reconstructions, guests of the festival can watch knight tournaments, all kinds of performances, masquerades, and much more, all against the backdrop of a colorful fair on the territory of an ancient castle. A program of the open-air rock festival in Hradec Králové held in July will surely surprise guests with both new talents and performances by well-recognized leaders of this musical genre. The festival includes various theatrical performances, film screenings, and children's parties. One of the most prestigious international film festivals has been held in the spa town of Karlovy Vary since 1946. A festive atmosphere, the opportunity to see world stars of the film industry and just have a good time attract guests to Karlovy Vary every summer.
For active traveler - national parks, landscapes and nature of Czech Republic
Located in the center of the European continent, the Czech Republic shares borders with Germany, Poland, Slovakia, and Austria. A relatively small …
Read further
In September, Baroque Arts Festival is held in Cesky Krumlov Castle. Many connoisseurs of this style, opera and theater come to the Czech Republic for the sake of participating in this special event. The culmination of the holiday is grand fireworks, which have long become one of the main symbols of the festival. In the autumn, harvest holidays are celebrated in many Czech wine regions. Besides grape harvesting, the program includes wine tasting, visits to wine cellars, numerous entertainment events, processions through the cities, holiday fireworks, and street parties. In October, the Festival Of Light is held in the historic center of the Czech capital. At this time, many Prague buildings are colored with light shows and installations. The city's attractions appear in a completely new perspective.

This article about national fests and celebrations of Czech Republic is protected by the copyright law. You can re-use the content, but only under the condition of placement of an active link to www.orangesmile.com.
Czech Republic guide chapters 1 2 3 4 5 6 7 8 9 10 11 12 13 14 15 16

Attractions and entertainment in top cities of Czech Republic

Prague
Fans of jazz will surely like their visit to U maleho Glena club, which often hosts performances by famous bands. The club’s bar is a great place to try various interesting appetizers. By the way, the specialty of the club’s bar is borsch. Palac Akropolis club is very popular among young people. Here you can hear the music of absolutely different directions. Solidni Nejistota club is definitely an interesting institution. There are several cozy bars in this club, a beautiful restaurant, and … Read more

Karlovy Vary
In Karlovy Vary tourists will find a lot of bars and night clubs that suit every taste. Music lovers, fans of dancing, and tourists who want to spend free time in relaxed and intimate setting will easily find a nice place to stay and have fun. Becher's is a stylish nightclub attracts visitors with fiery parties and live music every day. The club’s bar serves delicious cocktails and Czech wine. Fans of jazz will definitely enjoy their visit to Club Imperial. Several times a week the club hosts … Read more

Brno
Brno will surely not disappoint fans of shopping. The city is home to a huge number of various shops and shopping complexes. If your aim is to purchase clothing, shoes and perfumes by the world's leading brands, you may like Galerie Vankovka shopping center. Visitors of the center will be amazed not only by a wide range of products, but also by attentive staff, so leaving Galerie Vankovka without buying anything is simply impossible. Olympia center also offers a large selection of various … Read more

Plzen
It represents the wide collection of models of dinosaurs and other historical animals to visitors’ attention; all the models in the park are made in compliance with dimensions of real animals. The picturesque park Lochotin is good for picnic and sportive entertainments. There are a lot of paths for walking and bicycling rest; if a day is sultry the park will become the best resting place. Plzen is not noted for a great assortment of night establishments, its principal advantage is the … Read more

Ostrava
The city has a wonderful zoo - Zoologicka Zahrada Ostrava. Here, besides animal enclosures, there is a botanical garden, as well as many recreation areas and attractions. In the first years after its opening in 1951, only volunteers from the local schoolchildren and students took care of the animals. To make it more fun for young people to spend time in the zoo, its administration built numerous sports grounds for them, and many of them are still popular. Today's zoo occupies a vast area … Read more

Liberec
The most famous entertainment center in town is Babylon that was opened in a renovated historic building. The complex is considered an ideal place for family leisure providing entertainment for every taste. Here you can find a large indoor water park decorated in antique style. Besides swimming pools, slides and other water rides, visitors have access to saunas and massage rooms. Babylon also houses the original "IQ Park" where over 200 interactive installations are equipped for visitors. The … Read more

Map of fun in Czech Republic