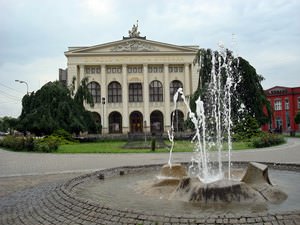 Ostrava is as rich in entertainment as it is in attractions. Svet Miniatur Miniuni opened in the city in 2004 is now one of the most popular miniature parks in Europe. It occupies an area of 1.5 hectares and presents replicas of world-famous landmarks made at a scale of 1:25. For the convenience of visitors, many walking trails have been laid around the park to ensure that its guests can see the sculptures in all their glory. Also, the territory of the park is equipped with a system of canals on which miniature ships are cruising. The park also has a functioning model railway. This amusement park is largely geared at visitors with children. Throughout the year, it holds lots of festivals and shows for families.
Cuisine of Ostrava for gourmet with top restaurants and cafe
Traditional Czech cuisine prevails in Ostrava, and the townspeople are not indifferent to the historically established culinary traditions. Most of the dishes that can be tasted at local …

Open
A must-have for all thrill-seekers is the main city attraction called Pohadkovy Sklepstrasidel. This is how the call a complex of ancient cellars that have been preserved under the main city square. Currently, they are all converted into terrific panic rooms. The total underground area occupies 150 square meters and features bone-chilling interiors. At every step, you can see statues and mock-ups depicting monsters and mythical creatures - not everyone is brave enough to go down to the dungeons. Like it or not, these ancient cellars are also home to real ghosts, stories about which are told not only by the staff but also by tourists who saw them with their own eyes. Although this attraction is one of the scariest in town, it is often visited by children.
The city has a wonderful zoo - Zoologicka Zahrada Ostrava. Here, besides animal enclosures, there is a botanical garden, as well as many recreation areas and attractions. In the first years after its opening in 1951, only volunteers from the local schoolchildren and students took care of the animals. Copyright www.orangesmile.com
Authentic traditions, festivals and lifestyle of Ostrava inhabitants
Residents of Ostrava are distinguished by a very calm and measured personality. It seems that no events can knock them out of their routine rhythm of life. They are never in a hurry and at …

Open
To make it more fun for young people to spend time in the zoo, its administration built numerous sports grounds for them, and many of them are still popular. Today's zoo occupies a vast area of 103 hectares where you can see animals brought from different continents. Many rides for children of various ages are available in the zoo in summer. For the convenience of all visitors, there is a restaurant and several souvenir shops. 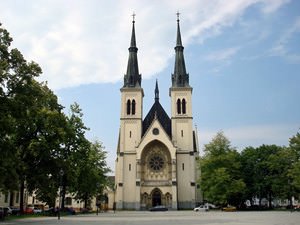 Fans of interesting entertainment should totally visit Hvezdarna a planetarium Johanna Palisy. This observatory opened in 1980 forms a single unit with a planetarium. It got the largest projector in the country, and thematic programs and lectures on various fields of astronomy are held here every day. The huge projector makes it possible to broadcast a detailed map of the starry sky on the dome, and those who wish to admire the stars through a telescope are offered special evening and even night tours.
Excursion over cultural sights of Ostrava - 'must visit' points of interest
The starting point of most sightseeing routes in Ostrava is its central square Masarykove. It is surrounded by a beautiful ensemble of historic buildings belonging to various periods. A …

Open
The city and its immediate surroundings are full of beautiful parks that should appeal to all nature enthusiasts. Polanecka Niva Park is part of an ancient forest where you can see centuries-old trees, as well as rare plant species. Several fascinating walking routes are currently laid out throughout the park. If you follow them, you can not only admire rare plants but also watch some typical inhabitants of these places. 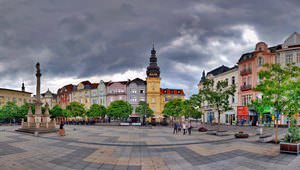 Sareza Water Park situated in a very picturesque natural area is available in summer. Here, fans of water entertainment can enjoy several huge pools, including shallow children's ones. Visitors will be offered dozens of slides of various levels and other water attractions suitable for both adult thrill-seekers and the smallest ones. Besides, Sareza provides a nice cafe and many convenient terraces and relaxation areas.
Advices to travellers: what you should know while being in Ostrava
1. Ostrava has a small international airport that regularly takes flights from Milan, London, and Dubai. The city can be reached by high-speed trains from Prague, Brno, Vienna, Bratislava, …

Open
When choosing a place for a night out, pay special attention to Imperial Casino. It would be of interest even to those who have never before been enthusiastic about games of chance. The casino is attractive with its luxurious vintage design. Apart from gaming tables, it houses a great bar offering a wide selection of cocktails and elite alcohol. Fans of modern music and dancing are welcome to Fabric, the most popular nightclub in town. Anyway, a rich selection of themed clubs and bars is always available to travelers in Ostrava.

This guide on active recreation and leisure in Ostrava is protected by the copyright law. You can re-publish this content with mandatory attribution: direct and active hyperlink to www.orangesmile.com.
Ostrava - guide chapters 1 2 3 4 5 6 7 8 9

♥   Landscape Park 'Park Krajobrazowy Beskidu Śląskiego' , 52.8 km from the center. On the map

♥   Landscape Park 'Żywiecki Park Krajobrazowy' , 66.7 km from the center. On the map

♥   Landscape Park 'Strzelecki Park Krajobrazowy' , 69.7 km from the center. On the map

♥   Landscape Park 'Park Krajobrazowy Góry Opawskie' , 77.4 km from the center. On the map

♥   Amusement park 'Miniature and Amusement Park' Inwald, 80.8 km from the center. On the map

Water attractions around Ostrava
♥   Water park 'Vodní svět Sareza' , 1.4 km from the center. On the map

♥   Water park 'Aquapark Tarnowskie Góry' , 78 km from the center. On the map

Search for active leisure and attraction spots on Ostrava map

Krakow
The nightclub with the intriguing title "66" is another interesting place. Here are played only the most modern songs, and fans of dancing have rest on a huge colorful playground. There are mild sofas in a cozy hall. Here guests can rest from dancing and watch the club’s entertainment program. The music in the club Clu does not stop until early in the morning. Every evening ... Open »
Zakopane
Another awesome way to admire the panorama of the surrounding countryside is to take a ride on the aerial tram Kasprowy Wierch Tram. Its route is very scenic. Climbing to the top of the mountain in a tiny cabin lookout will give a lot of impressions for a whole family. Travelers, who want to visit Zakopane with young children, should definitely visit the Teddy Bear Museum. It ... Open »
Brno
Brno will surely not disappoint fans of shopping. The city is home to a huge number of various shops and shopping complexes. If your aim is to purchase clothing, shoes and perfumes by the world's leading brands, you may like Galerie Vankovka shopping center. Visitors of the center will be amazed not only by a wide range of products, but also by attentive staff, so leaving ... Open »
Vysoke Tatry
If the weather is bad, but you want to conquer the peaks and overcome obstacles, then go to Stienka. It's a local climbing center. Many routes of varying complexity are located in a fairly small area here. There is also an opportunity to get some advice from the instructor for beginners. You can go on the assault of the easiest climb, and try to improve your skills on ... Open »
Wroclaw
Wroclaw is also home to a wonderful water park - Wroclaw Aquapark. You can easily spend the whole day here, having at exciting attractions or simply relaxing at the poolside. Visitors with children will be glad to attend a special rest area with small pools and playgrounds. Numerous local cafes are a great way to rest and regain power after active rest. Travellers, who cannot ... Open »
Bratislava
Nightlife fans can go to one of the clubs of the city. Each of them differs for its unique style and excellent entertainment program. Club Dopler is a popular venue that can accommodate up to 1,200 visitors at a time. The club often hosts performances of popular disc jockeys. Fans of dancing will be surely delighted with a huge dance floor, and visitors who prefer more ... Open »

Guide to your best city break in Ostrava - popular places for recreation and leisure. Things to do during the day in Ostrava - attractions, parks, beaches, aquaparks, racing tracks, biking trails or waterski. Recommendations (with addresses, phone numbers and links) where to spend your time in the evening (bars, discos, clubs, etc.). We share some good ideas and the question 'What to do in Ostrava?' disappears immediately.