Colors of The Hague - traditions, festivals, mentality and lifestyle 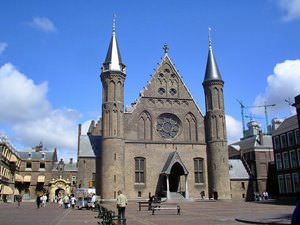 During the year locals celebrate numerous interesting and unique holidays, which attract tourists and leave a lot of bright impressions. The evening of April 29 is the beginning of "Royal Nights". Residents leave their houses and go to the streets of the city. They sing, dance, drink beer, and enjoy snacks and fresh pastries. The holiday lasts all night long, and strongest citizens go to their homes only after dawn. The next day the celebration continues. All locals wear orange suits and walk in a solemn procession through the streets of Hague.
The Hague design-hotels for stylish travellers
A hotel with internationally famous name, Hilton The Hague is located in the building that dates back to 1950. The interior design was developed by Angelica Kok, who reflected all main …

Open
In summer the city hosts a variety of music festivals, the most famous of which is certainly Parkpop, which brings together fans of pop music from all over the world. Perhaps, ‘the Feast of herring’ is the most unusual celebration which is celebrated by the inhabitants of Hague in late May. On the day of the celebration citizens consume hundreds of barrels of young herring, but the first barrel is traditionally presented to the Queen. Another distinctive feature of the local people is love to street fairs and performances. Even on a normal working day you can find funny clowns and acrobats on the streets of the city, as well as musicians and skillful artists, who can draw a magnificent portrait within just few minutes.
An interesting fact - this old Dutch city has two names. The first name is «'s Gravenhage», which is literally translated as "hunting grounds of count". The modern name of the city - «Den Haag» - was approved only in 1990. This word means “hedge". These names reflect the love that the inhabitants feel for the magnificent nature of this place. The locals are very careful to the environment; in Hague often take place events, which cover most urgent environmental issues. Copyright www.orangesmile.com
Top places to stay in The Hague - most luxurious hotels
The history of Hotel des Indes started yet in 1881 when the former residence of the private counselor of King Wilhelm III was turned into a luxurious hotel. Originally, the hotel was …

Open
Den Haag is the heart of the political power in the Netherlands. For many years, this city is playing an important role as the international political center. Annually, on the third Tuesday of September, you will have the chance to see the official The Opening of the New Parliamentary Year, or Prinsjesdag here. So, on the third Tuesday of September, the royal family in the well-known Gold Carriage accompanied by an honorable escort drives up to the parliament building - Binnenhof. The monarch officially opens new parliamentary year, saying an annual speech and greeting people. The greeting discloses the information regarding plans of the government, and the state and the size of the budget of the country for a new parliamentary year. The Gold Carriage goes at noon from the Noordeinde Palace and arrives at the parliament building about one o'clock in the afternoon. The speech of the regal person begins exactly at one o'clock in the afternoon. The center of Den-Haag, in the day of celebration, is extremely brisk and overcrowded. It even does not matter for local people if there will be a rain. 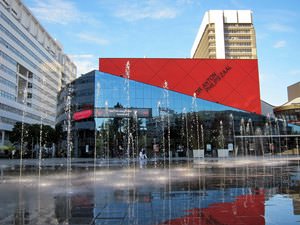 Within a year, the residents of Den-Haag are happy to celebrate the mass of interesting and peculiar holidays which attract tourists and leave the mass of bright impressions. So, on April 29 the celebration called Royal Night begins in the evening. Residents go out to the streets, sing and dance, drink beer, enjoy snacks and fresh pastries. The holiday lasts all night long, the most strong citizens go home only after dawn. Next day, the celebration continues. All the local people, as well as tourists put on the outfits of orange color and continue a solemn procession along streets. During the summertime, you can enjoy various music festivals that take place here, in the city of Den Haag. The first one and the most popular - Parkpop. If you are the fan of pop music, start booking the ticket right now! Do you like to fish, or what about herring? Perhaps, the most unusual Herring Festival, which the residents celebrate at the end of May. It proceeds for one day when during the celebration all the citizens eat hundreds of kegs of young herring. According to the tradition, the first keg is presented to the Queen. Forget about your diet when coming here!
Old hotels keeping the history of The Hague
t Goude Hooft enjoys a premium location in one of the most beautiful historic buildings in The Hague. The hotel offers only 8 unique rooms for its guests. Despite the fact that modern …

Open
The period from the end of May till the beginning of July is famous for its well-known North Sea Regatta. This spectacular event collects not only a great number of the viewers but also the best world representatives of this sport, people who are interested in fighting for the first prize. This event lasts for more than a week, during which there is a set of various events. One more bright event, during which you will have a lot of fun is the Tong-Tong fair. This event is the mix of a cultural festival and trading fair. You will find here several big tents and platforms under the open sky. During the fair, all guests will be able to purchase various Asian souvenirs, taste a large number of original Asian dishes, enjoy the performances from five various theaters of Den-Haag. The Tong-Tong fair by right is considered the largest Eurasian festival, having attended which, you receive a set of unforgettable impressions.

This guide to traditions and festivals in The Hague is protected by the copyright law. You can re-publish this content with mandatory attribution: direct and active hyperlink to www.orangesmile.com.
The Hague - guide chapters 1 2 3 4 5 6 7 8 9 10 11 12 13 14 15

♥   Kathedrale Basiliek van Sint-Bavo, Haarlem, 39.3 km from the center. On the map

Survived castles around The Hague
♥   Castle 'Duivenvoorde Castle' , 8.6 km from the center. On the map

Unique landmarks in The Hague and around 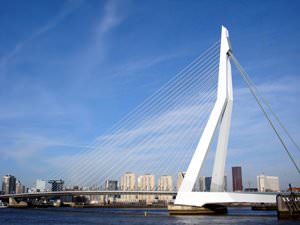 Distance from The Hague center - 23.2 km.
The main feature of the bridge is the high fine support, whose outlines resemble the neck of the graceful swan. The height 'of the neck' is 139 meters. In the evening, the support is decorated with the impressive festive lighting. The longest drawbridge in the world has one more interesting feature - Erasmus Bridge is one of the finest and lightest bridges on earth. The bridge thickness is only two meters. … Read further

Distance from The Hague center - 21.3 km.
It is important to note that during the building of the sea-wall some ecological moments were taken under control. Thanks to that the large construction didn’t make any harm to nature. When the sea-wall was built, about a million living in the immediate area people became in a relative safety. Nowadays about a quarter of the Netherlands is located below the sea level. An artificial adjustment of the groundwaters is vitally important activity. … Read further 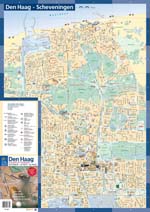 Colors of The Hague in photos

Search for popular touristic sites on The Hague map

Traditions and festivals in cities around The Hague

Delft
Saturday is considered a market day. Tourists and local people go to market to buy fresh fish, vegetables, fruit and cheese. The market attracts farmers and fishermen from all surrounding neighborhoods, so the choice of products is simply amazing. In addition to excellent Dutch cheese herring is considered a popular product. Local people are ready to eat it every day. ... Open »
Rotterdam
People of Rotterdam like are economical, pragmatic, practical and punctual as Germans. The Dutch are known for their cult of cleanness and order. Throwing out garbage twice a week, they sort and pack it into special plastic bags, which must be put in a strictly defined place not earlier than the evening before the departure and no later than six in the morning. If you make a ... Open »
Haarlem
Along the entire way, the parade is greeted by enthusiastic spectators. After arriving in Harlem, the beautiful platforms are set up on the main city streets and squares. Locals and guests of the city can admire them for several more days. Flower figures are artistically illuminated, so at night they seem to be no less beautiful than in the daytime. In addition to ... Open »
Dordrecht
The Grande Parade of Ships is one of the most important and notable events in the festival life of the city. It is an impressive naval parade of old ships that cross the city’s canals. Once it is over, viewers are welcome to explore these ships and even make an exciting cruise, during which they will not only admire the beauty of old ships but also admire the city’s ... Open »
Amsterdam
Another striking feature of Amsterdam is the abundance of road cyclists. Many citizens choose two-wheel transportation because of their beliefs. This way they show their care for the environment. Many people use bicycles simply to prevent themselves from spending hours in traffic jams. You will certainly see a big bicycle parking near each public institution. By the way, ... Open »
Utrecht
Don’t allow yourself careless phrases in conversation, as all said is likely to be taken literally. So, inviting somebody to visit or having dinner remember about that, otherwise it will be taken as a sign of mauvais tone. The culture of locals is full of paradoxes and unexpected features. They carefully preserve the cultural heritage of the past, while being progressive and ... Open »

Cityguide on traditions, mentality and lifestyle of people in The Hague. Learn the best periods to visit The Hague to discover its soul - authentic festivals, events and celebrations. We will also reveal the interesting habits, attitude towards the world and to tourists in The Hague.