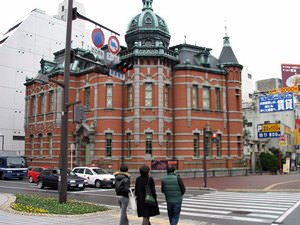 Due to the fact that Japan extends from north to south, the climatic conditions on the various islands differ very much from each other. Therefore, a quite harsh climate prevails in Hokkaido. In winter, the air temperature here drops to -20°C. On the other hand, the temperature reaches 30°C in summer. Honshu and Shikoku are dominated by a milder climate due to subtropical latitudes. It is quite warm here during the winter; the air temperature is about 5-7°C during the day. The humidity of the air is very high, in some cases reaching 100 in the warm season.
Top architectural sights of Japan
Monuments and architectural objects, notable for the history and culture of the country. …
Read further
The monsoon type of climate prevails in the Ryukyu and Okinawa islands, hence the weather conditions mostly depends on the movement of the air masses. Winter here is also warm while summer is hot. With the arrival of winter, the temperature in all regions that are located on the Pacific coast significantly reduces but rarely falls below zero. In Northern Japan, snowy weather begins in the first days of December and lasts almost all winter, whereas precipitation is low in central Japan. In the southern part of Japan, there is no snow at all during winter. Spring in Japan is characterized by sunny and relatively warm weather. Air temperature virtually throughout the country already reaches 10°C. In April, the legendary cherry blossoms and apricot trees start to bloom, filling the air with fragrances. At the end of May, the air temperature in the warmest regions of the country can warm up to 30°C.
Summer in most of Japan begins in June but is characterized by frequent and abundant rains. June is usually called the rainy season; the rains may not end for weeks. At the same time, coastal areas are struck by typhoons. Quite often during this period, the country is affected by natural disasters. Humidity rises significantly and the air temperature exceeds 30°C. In July, the precipitation becomes lower and humidity drops to 90%. From the end of August, the temperature begins to drop. In September, the air temperature can still reach 30°C, but in mid-October the average temperature is 13°C. Precipitation in autumn is quite rare. Copyright www.orangesmile.com

Top periods for vacation in Japan 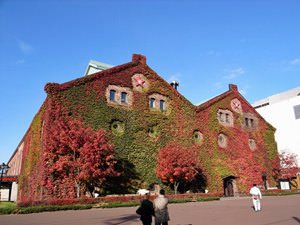 Japan is quite a popular destination when we speak about tourism. Tourists most often come here for the cherry blossom season. This period in the country is called Hanami. Due to the territorial extension of the country, it is possible to witness the flowering of these incredibly beautiful trees for several months. On the island of Okinawa, the trees begin to blossom at the end of February. In other large islands of Japan, the cherry blossom season starts from the beginning of March to the end of May. From this we can conclude that the best time for “flower viewing” is in spring. In addition, the air temperature at this time of year is comfortable enough and sunny clear days prevail.
Japan cultural sights. What to see?
Japan is an amazing country of contrasts, in which traditional Eastern culture is closely intertwined with some elements of Western influences. …
Read further
The onset of summer is not the best time to visit the country, as the rainy season is only just starting on the territory. In July, there is little precipitation, but the air temperature rises significantly. In August, it is very hot and very humid. It is therefore better to come to the beach during the last two summer months. Fans of surfing go to the Kamakura resort in the middle of summer. Excellent conditions are also created in the Ryukyu archipelago and Okinawa islands. In early August, diving fans are attracted by coral reefs located on the islands of Kerama. By the way, it is here that you can watch whales. 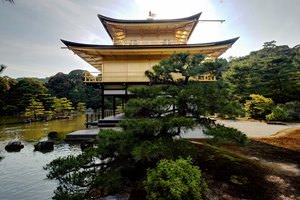 The wellness season also falls on the end of summer and early September. During this period, lots of travelers come to the city of Shirahama to enjoy white quartz sand, as well as to relax in hot springs. In summer, very colorful festivals are held in the country, including firework evenings, which you can enjoy on the coasts of resort towns. The peak of tourist activity is the middle of autumn. At the end of October, there are spectacular festivals, the main one being Jidai Matsuri. This event takes place in Kyoto on October 22nd.
What you need to know about Japan prior to visit - advices
Despite the abundance of common stereotypes, the Japanese are quite friendly and hospitable people. At the same time, they are quite pedantic; they do …
Read further
The next fairly large influx of tourists is usually recorded in Japan on the eve of New Year and Christmas holidays. Already from mid-December, major cities in Japan as well as small provinces, is embraced by the festive mood. In the northern part of the country, everything is covered with snow. In addition to this, during winter travelers often go to thermal springs which are located near Mount Fuji. There is a very unusual snow festival in Sapper in early February. As a rule, it lasts for 7 days.

1. You can zoom in to Japan using the '+' button, or check temperatures around the globe by the '-' button.
2. Besides this, you can grab the map by your mouse button and move it to see the temperature in other regions.

Sightseeing of Japan in photostream

Kyoto
3. Going to restaurants, take into account that in most of them the menu is only in Japanese. However, staff of prestigious establishments is fluent in English, so you can ask any questions. 4. While walking around the city and visiting various excursions travelers should be very quiet. The thing is that the locals don’t like the noise and are very restrained emotionally. The rapid display of emotion or loud speech is considered a sign of mauvais ton. 5. In addition to public transport, … Read more

Osaka
3. Tourists looking to make intercity and international calls should better use street call boxes. One can easily find them in the streets as they are commonly bright green. The street call boxes accept special phone cards as payment means which can be bought in all day shops, hotels and tourist information centers. 4. The best place to profitable exchange any currency is an airport. Cash machines charge a rather high transaction fees meanwhile banks feature a rather formal procedure which will … Read more

Sapporo
3. The most popular type of public transport in the city of Sapporo is considered to be a tram running to almost all landmark and district of the city. Another way to cruise the city is by underground. However this way of travelling through the city is a bit more expensive. 4. Sparing tourists and those guests planning to travel much by public transport should buy a travel pass for a day or a couple of days being a perfect way to save costs. It should be noted that on weekends and holidays the … Read more

Fukuoka
3. Travelers aren’t recommended to rent a car, since the left-hand traffic is adopted in the city and it can be quite unusual for drivers from other countries. In addition, virtually all traffic signs are written by characters and mayn’t be clear to foreigners. 4. Despite the fact that the crime rate in the city is relatively low, tourists have to observe basic cautionary measures. Don’t take valuables with you and in no case left bags and outerwear unattended. In crowded areas monitor … Read more

Hiroshima
3. Mains voltage is 100 V; electric appliances may need special adapters. Many large hotels provide them on request; adapters can be purchased in any household store. 4. Those who hope to bring a lot of photos from the trip have to remember that a free photo and video isn’t allowed everywhere. On the territory of some of attractions it can be performed only at an additional cost; in some temples making pictures is prohibited. You can shoot locals only with their prior consent. 5. Going … Read more

Kobe
3. The most luxurious and expensive hotels are located on the waterfront. Budget travelers should look for suitable hotels at some distance from the coast. 4. Apart from classic hotels, the so-called "ryokans" are common in the city. Such traditional inns are distinguished by special room equipment. Instead of regular beds, the rooms feature tatami mats. Some ryokans have their own thermal baths. 5. Kobe has a modern airport, but it only accepts domestic flights. The easiest way to get … Read more

Nagasaki
3. The city has a large selection of hotels at various levels. Some of the most attractive hotels with affordable prices are located near the train station. 4. Thrifty tourists should pay attention to restaurants serving traditional Japanese cuisine. Most of them have attractive prices, while hotel restaurants are the most expensive. 5. Active tourists should take a pair of comfortable shoes with them on a trip. Nagasaki, they conduct many exciting excursions to nature reserves and … Read more

Map of popular regions of Japan