Preparing your trip to Hiroshima: advices & hints - things to do and to obey 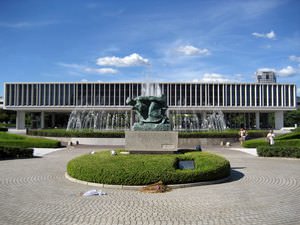 1. Holiday-makers should take into account that tipping isn’t accepted at local restaurants and other leisure centers. The service charge is usually included in the total score and rarely exceeds 10 % of the amount of services rendered. Tips to maids in a hotel are also not accepted.
2. Hiring a car is worth only for those who believe that they can adapt to the unusual left-hand traffic. Road signs are written in Japanese only, which also makes orienting very difficult.
3. Mains voltage is 100 V; electric appliances may need special adapters. Many large hotels provide them on request; adapters can be purchased in any household store.
4. Those who hope to bring a lot of photos from the trip have to remember that a free photo and video isn’t allowed everywhere. On the territory of some of attractions it can be performed only at an additional cost; in some temples making pictures is prohibited. You can shoot locals only with their prior consent.
5. Going for a walk, be sure to take a map of the hotel. Holiday-makers should take into account that most of locals don’t speak foreign languages, so it’s better to contact police officers for help. They would not only help you to find an attraction, but also deliver lost tourists to the hotel. Copyright www.orangesmile.com
6. Foreigners are advised to exchange currency at the airport; in this case terms of the transaction will be the most profitable. Some hotels also have exchange offices, but they are often limited by an amount of currency. Money can be exchanged in banks; however, the procedure will be accompanied by a number of formalities.
7. Shoppers should be aware that bargaining is not accepted in local shops and markets. In some large shopping malls you can pay with credit card, but it’s better to clarify rules of the particular center in advance.
Your active city break in Hiroshima. Attractions, recreation and entertainment - best places to spend your day and night here
You can diversify the rest in Hiroshima visiting beautiful parks and exciting entertainment facilities. The city certainly impresses those who prefer to spend a lot of time in the open air. …

Open
8. It is convenient to travel around the city by public transport; bus is the most popular mean of transport. At any time of the day you can use taxi services, but their tariffs remain high.

Preparing your trip to Hiroshima: advices & hints - things to do and to obey You can re-publish this content with mandatory attribution: direct and active hyperlink to www.orangesmile.com.
Hiroshima - guide chapters 1 2 3 4 5 6

What to visit being in Hiroshima - unique sights 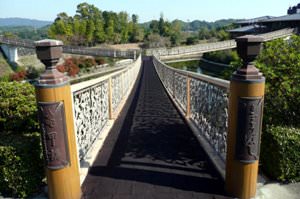 Distance from Hiroshima center - 0.5 km.
One of the most unusual and most interesting bridges of Japan is the bridge Kikki. It was built in 1991 on the territory of a chic golf club. The picturesque bridge in the national style is Y-shaped. The bridge stretches over the pond and creates the comfortable conditions for the game. Previously, the customers of the golf center had to bypass the pond from different sides. The triple bridge Kikki is unique in that it has no supports and is the only triple hanging bridge in the world. … Read further

Tips for the cities around Hiroshima

Okayama
3. In restaurants, gourmets should pay special attention to rice dishes. In the prefecture, they grow special rice varieties, which are distinguished by excellent gustatory qualities. 4. Many architectural monuments of various periods have been preserved in the historical district of Okayama. If you don't want to miss the most interesting attractions, explore this area on ... Open »
Fukuoka
3. Travelers aren’t recommended to rent a car, since the left-hand traffic is adopted in the city and it can be quite unusual for drivers from other countries. In addition, virtually all traffic signs are written by characters and mayn’t be clear to foreigners. 4. Despite the fact that the crime rate in the city is relatively low, tourists have to observe basic ... Open »
Kobe
3. The most luxurious and expensive hotels are located on the waterfront. Budget travelers should look for suitable hotels at some distance from the coast. 4. Apart from classic hotels, the so-called "ryokans" are common in the city. Such traditional inns are distinguished by special room equipment. Instead of regular beds, the rooms feature tatami mats. Some ryokans have ... Open »
Osaka
3. Tourists looking to make intercity and international calls should better use street call boxes. One can easily find them in the streets as they are commonly bright green. The street call boxes accept special phone cards as payment means which can be bought in all day shops, hotels and tourist information centers. 4. The best place to profitable exchange any currency is an ... Open »
Nagasaki
3. The city has a large selection of hotels at various levels. Some of the most attractive hotels with affordable prices are located near the train station. 4. Thrifty tourists should pay attention to restaurants serving traditional Japanese cuisine. Most of them have attractive prices, while hotel restaurants are the most expensive. 5. Active tourists should take a ... Open »
Kyoto
3. Going to restaurants, take into account that in most of them the menu is only in Japanese. However, staff of prestigious establishments is fluent in English, so you can ask any questions. 4. While walking around the city and visiting various excursions travelers should be very quiet. The thing is that the locals don’t like the noise and are very restrained emotionally. ... Open »

Travelling to Hiroshima - advices and tips. What should be provisioned in advance, the rules you might want to follow, and the things you better avoid doing in Hiroshima. We help you to make your trip smooth and easy, with no unexpected surprises.