Sightseeing in Kamakura - what to see. Complete travel guide 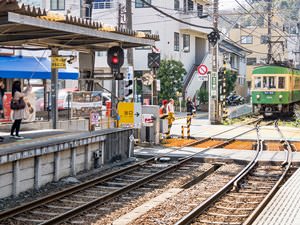 In the Japanese prefecture of Kanagawa, which is not far from the capital, tourists can visit a relatively not big city – Kamakura. Tourists from all over the world enjoy arriving here because of a big number of historic landmarks and monuments, many of which are very old. Moreover, a mild climate and an amazing location in a forest area make Kamakura one of the best resort cities in Japan.
Minamoto no Yoritomo was the founder of Kamakura. In 1180, this shogun and his army came to this part of the country. Minamoto was impressed by the beauty of the area and its spectacular forests that looked like giants protecting this place. He decided to settle in this region and build a residence here. Initially, he built a fortress that could protect him from enemies. Minamoto used the surrounding forest as a guard. This is where the Japanese bakufu government was working as well.
The Kamakura Shogunate existed until the 30s of the 14th century. After its fall, the shogun’s residence became abandoned, and the settlement slowly became an ordinary village. When the Meiji period started in 1868 with the reign of Emperor Matsuhito, Japan ended its self-isolation policy and started developing into a first-world country. Approximately at the same time, numerous Japanese artists and writers paid their attention to Kamakura. They were impressed by the beauty of the place and were praising its nature and landscapes in their works. The Japanese village became popular in the country. For local people, this meant the start of the development and prosperity of their homeland. Copyright www.orangesmile.com
Do you want to see the main shrine in Kamakura? In this case, visit Tsurugaoka Hachimangū. Until the 12th century, this temple was a shrine of two religions, namely, Shintoism and Buddhism. The Meiji period government didn’t like that and decided to remake the building, demolishing some of its parts. Nowadays, Tsurugaoka Hachimangū is a Shinto shrine. The popular religious landmark hosts an interesting annual event – the Yabusame Festival. Yabusame is a traditional Japanese archery type. During the vent, visitors can see courageous samurais who show their speed and dexterity in hitting targets while riding a horse. Many details in the design of Tsurugaoka Hachimangu are symbolic and remind us of the sad events in the history of the region. 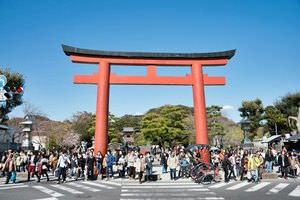 It is possible to see lotus flowers of two colors in the shrine’s pond – white and red ones. White lotus flowers are the symbols of the Minamoto clan and the red flowers symbolize the blood of the enemy Taira clan. There is a bridge between the flowers, Taiko-bashi. Only shogun could walk on this bridge. The pavilion for the Maiden ritual dance is one more part of the complex with a tragic history. The wife of the shogun’s brother used to dance there after her spouse fell from the emperor’s grace. Her husband and child were killed, and the young woman was expelled from the monastery. Behind the scene, there is the main building in the shrine complex with a hall for prayers and an altar.
There is a Buddhist shrine in Kamakura, Kotoku-in Temple. Tourists know about this temple because of a big bronze Buddha statue that meets visitors near the entrance. The age of the great sacred building is more than eight centuries. Initially, the temple was built in the 40s of the 13th century. At that time, the Buddha statue was wooden. The statue immediately became not only the symbol of Kamakura but also one of the biggest treasures in Japan. 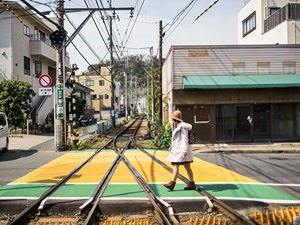 A great storm, which happened in 1248, severely damaged the wooden statue and destroyed its pedestal and hall. It was decided to make a new statue, this time a bronze one. The new statue was installed in 1264. No nature forces could destroy Buddha now, but the temple itself was not so durable. The tsunami caused by an earthquake in 1498 damaged the temple. After that, the great Buddhist symbol remained in the open air. For many years, the statue was in a poor condition, especially the inner part. However, monks from the Jodo Shinshu school reconstructed the statue. Nowadays, tourists can get inside the statue using a ladder.
In 1928, a museum opened in Kamakura. The main aim of this establishment was to preserve the unique art and crafts of the country for the next generations. The collection of the Kamakura Museum of National Treasures is very big and contains roughly five thousand different items including sculptures, paintings, and various craftworks made by local artisans. Nowadays, the building of the Kamakura Museum of National Treasures exhibits items of the “national treasure” rank. Seventy-three items are marked as important for the culture and heritage of Japan. During a visit to this museum, tourists can see Ukiyo-e gravures, scrolls, swords, and many other artifacts. 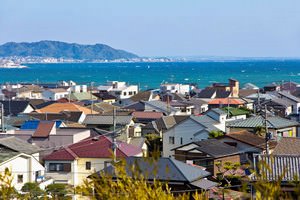 Tourists can reach Kamakura by train from the capital. This is the fastest and most comfortable way to reach the city. The time in transfer is roughly one hour. As the road to Kamakura comes across Yokohama, tourists can buy tickets at the train station of this city. A train ride from Yokohama is shorter – only twenty-five minutes. There is a daily train to Kamakura from Shinjuku City. It has cheaper tickets but the journey time is longer.
This guide to iconic landmarks and sights of Kamakura is protected by the copyright law. You can re-publish this content with mandatory attribution: direct and active hyperlink to www.orangesmile.com.

Survived castles around Kamakura
♥   Castle 'Tamanawa Castle' Kamakura, 1.2 km from the center. On the map

National and city parks around Kamakura
♥   Prefectural Natural Park 'Asahi' , 21 km from the center. On the map

Sights around Kamakura from our guide 'Extreme places on Earth' 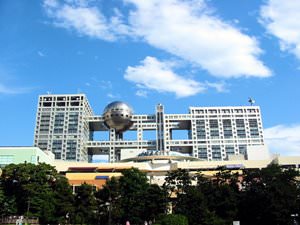 Distance from Kamakura center - 40 km.
From the outside, the construction of the futuristic building seems incredibly complicated. The construction consists of the web of a lot of metal scaffolding. The huge panorama windows make the exterior of the building more refined. Travelers visiting this unusual sight will find out a lot about Japan's leading TV channel and look inside the main office. … Read further 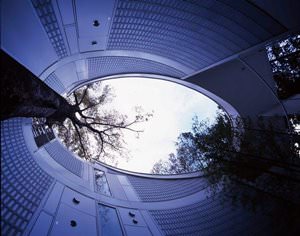 Distance from Kamakura center - 39.6 km.
The original Terragini’s chairs are placed in the rooms. There is an antique leather sofa in one of the rooms. This is a reminder of the traditions of the past years. Perhaps one of the most unusual interior items can be called figurines. These are exact copies of Cycladic idols. There is plenty of natural light in the architect's spacious apartment. The space of the rooms is conveniently divided by decorative partitions. Floor-to-ceiling windows are installed in the rooms. It is convenient to admire the plantings of trees from them. … Read further

Search touristic sites on the map of Kamakura

Sightseeing in regions nearby Kamakura

Kanagawa
Tourists are mainly attracted by magnificent nature and mild climatic conditions that enable comfortable rest all year long. The western part of Kanagawa is quite rocky, so this is a true diamond for alpinists and people who enjoy walking on picturesque pediment regions. Southern and eastern Kanagawa mainly consists of coastal plains. Here you can walk in spacious beach zones ... Open »
Tokyo
Sensoji Temple Sensoji Temple in the oldest quarter of Tokyo, Asakusa, was built in 628 AD in order to store the gold statue of the bodhisattva goddess Kannon (the Goddess of Mercy). This is one of the most respected Buddhist temples. For centuries it has drawn the attention of numerous pilgrims and tourists from all over the world. Numerous believers do not even care that ... Open »
Nagano
Not far away from the city is located one of the most notable historic sites - Kawanakajima field. It was the witness of five major battles. Nowadays here is installed a statue in the memory of those, who fell in these battles. The monument depicts the events of 1561 and shows the fight of samurai warriors who led the warring clans. Chubu Sangaku National Park is one of the ... Open »
Nagoya
Upon arrival, many shopping enthusiasts are in no hurry to leave the station square. The matter is that there is the largest underground shopping center in Nagoya with an entrance directly from the square. This is a real underground city with a many streets full of colorful display racks and shining shop windows. The city surroundings are also rich in interesting ... Open »
Niigata
Travelers are traditionally attracted by the great nature of this place. Many areas of the prefecture have been turned into national parks. Besides this, there are several hot springs and modern spa centers in this region. In summer guests can enjoy walking and visiting the local places of interest, and in winter Niigata turns into a large and famous ski resort, which is not ... Open »
Kanazawa
The gorgeous building has an interesting detail – a roof made of lead. The choice of the material was not random. First, lead was immune to fire damage, and, second, soldiers could make bullets from the roof in case of a castle siege. Kanazawa Castle looks like a well-protected fortress with guardian towers, earth wall, arrow loops, and special hidden areas where soldiers ... Open »

All about Kamakura, Japan - sightseeings, attractions, touristic spots, architecture, history, culture and cuisine. Prepare your trip together with OrangeSmile.com - find out the 'must see' things in Kamakura, which places to visit, which excursions to take, where the breathtaking views are waiting for you. Planning your trip with this travel guide will help your to get the most out of Kamakura in few days.