Sightseeing in Niigata - what to see. Complete travel guide 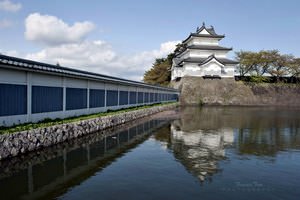 Niigata is one of the largest prefectures of the country and the leading manufacturer of rice. That is why the prefecture is sometimes called "rice basket". As the forest industry is also well-developed here, numerous furniture factories and industrial wood processing plants have recently appeared in this city. Niigata is also known as an important center of land and sea transport, and the local port accepts merchant ships from Korea and China.
Authentic traditions, festivals and lifestyle of Niigata inhabitants
The picturesque port city of Niigata has many interesting symbols and traditions. Travelers who want to get acquainted with the traditions of the indigenous population tend to visit the city …

Open
Travelers are traditionally attracted by the great nature of this place. Many areas of the prefecture have been turned into national parks. Besides this, there are several hot springs and modern spa centers in this region. In summer guests can enjoy walking and visiting the local places of interest, and in winter Niigata turns into a large and famous ski resort, which is not only popular, but also magnificently equipped. Besides this, there are so many remarkable places in this resort, so that the choice of excursion routes is more than impressive.
The temple of Hakusan, which was founded 400 years ago, is one of the oldest monuments. Among the modern buildings we recommend visiting Gokoku Shrine, which is particularly popular among young couples. The reason for this is in the fact the temple is dedicated to the god, who protects family. Nature lovers should make a walk in the park, which is sometimes called "Danish". It really looks like one of the parks in Denmark and this is a favorite place for both locals and visitors. You can learn the history of the prefecture by making a tour to the National Museum, which contains a large archive of historical documents. You can also enjoy the works of local artists in the following museums - Museum of Tsuri Art, Art Museum, Museum of Natural History and Nittsu Museum. Copyright www.orangesmile.com
Excursion over cultural sights of Niigata - 'must visit' points of interest
Niigata has a lot of amazing attractions, acquaintance with which will make any vacation exciting and informative. The city's most famous historical symbol is Aizuwakamatsu Castle dating …

Open
The city has many great observation platforms where you can admire its vibrant streets from a bird's eye view. The most popular of them are the 100-meter-high Rainbow Tower and, of course, Japan Sea Tower. Despite the names of these viewing platforms, they are more suitable for admiring urban landscapes rather than the sea. It is also worth noting that the Rainbow Tower's deck is rotating. 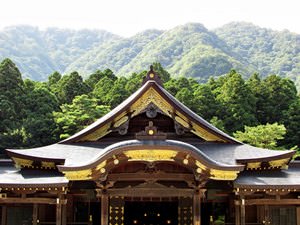 In the vicinity of the city, you'll discover an interesting natural landmark - the beautiful Lake Hyoko. Its water is very clean. Along the shores of the lake, there are many rare species of trees and plants that you can admire in the warm season. It would be nice to visit the reservoir in winter when more than 5,000 Siberian swans come here for wintering. Ornithologists from all over the world visit Niigata to watch this amazing natural phenomenon.
Your active city break in Niigata. Attractions, recreation and entertainment - best places to spend your day and night here
In Niigata, fans of unusual entertainment will have the opportunity to visit Marinepia Nihonkai Aquarium, which is considered one of the largest and most interesting in the country. It is …

Open
The city's most important entertainment facility is Marinepia Nihonkai, one of the largest aquariums in Japan. It offers a unique collection of marine life: you can observe rare fish, shellfish, sea turtles, and, of course, watch a spectacular dolphin show. The beautifully decorated oceanarium has a large transparent tunnel and many other thematic aquariums with information plaques. 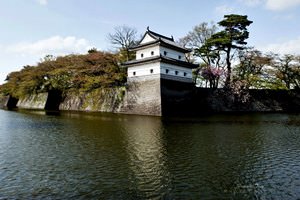 Fans of unusual excursions will have the opportunity to visit the island of Sado, which is 35 km from Niigata's coast. This island is an important historical site, hundreds of years ago it served as a place of banishment for "enemies of the state". A lot of high-ranking officials were exiled to this island. The exiles worked on gold deposits previously discovered here by the local researchers. The Japanese island's old mines, as well as an interesting historical museum, remind of old times.
Advices to travellers: what you should know while being in Niigata
1. Niigata has a large international airport that regularly receives flights from various Europen and Asian countries. Many travelers come here through Tokyo - from the capital of Japan, the …

Open
An unusual tourist attraction is the"Russian Village" theme park located in the suburban area of Suibare. This green park appeared in the midst of the vast cedar grove in 1993. The amusement park was abandoned just a few years after its opening. Currently, there are no official tours of the park, but it doesn't stop many tourists.

This guide to iconic landmarks and sights of Niigata is protected by the copyright law. You can re-publish this content with mandatory attribution: direct and active hyperlink to www.orangesmile.com.
Niigata - guide chapters 1 2 3 4 5 6 7 8 9

City tours, excursions and tickets in Niigata and surroundings

National and city parks around Niigata
♥   National Park 'Hakusan' , 1 km from the center. On the map

Sights around Niigata from our guide 'Extreme places on Earth' 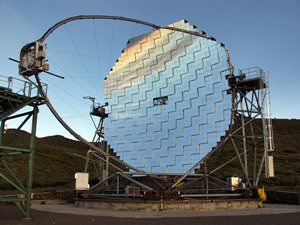 Distance from Niigata center - 188.2 km.
The formation of the very first installation, called AGASA-20, was completed in 1984. The area of the scientific polygon was 20 square kilometers. It operated until 1989 and was re-formed as the new AGASA Lab. It was officially launched in 1990. This research laboratory has been operating for 14 years. The installation formed in Japan has become one of the largest on the planet. It consisted of a complex of 111 surface detectors, as well as 27 muon detectors. … Read further 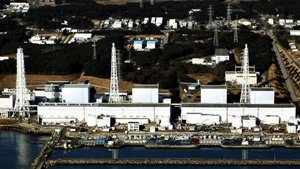 Distance from Niigata center - 185.9 km.
Continuous cleaning works on its territory do not stop after the accident. Experts note that it will take at least 40 years for full recovery. Currently, the main danger for the residents of the surrounding areas is a leak of radioactive water from the plant, which began to wash over the underground barriers. It’s difficult to monitor the situation even after the construction of new storage facilities. A huge amount of contaminated water can cause a new catastrophe. … Read further

Search touristic sites on the map of Niigata

Sightseeing in regions nearby Niigata

Nagano
Not far away from the city is located one of the most notable historic sites - Kawanakajima field. It was the witness of five major battles. Nowadays here is installed a statue in the memory of those, who fell in these battles. The monument depicts the events of 1561 and shows the fight of samurai warriors who led the warring clans. Chubu Sangaku National Park is one of the ... Open »
Tokyo
Sensoji Temple Sensoji Temple in the oldest quarter of Tokyo, Asakusa, was built in 628 AD in order to store the gold statue of the bodhisattva goddess Kannon (the Goddess of Mercy). This is one of the most respected Buddhist temples. For centuries it has drawn the attention of numerous pilgrims and tourists from all over the world. Numerous believers do not even care that ... Open »
Kanazawa
Kanazawa, the capital of Ishikawa Prefecture, is situated in the heart of the Japanese archipelago. The area where the city was built is between two rivers, namely, the Sai and Asano. Besides that, Kanazawa is situated on the coast of the Sea of Japan. It is hard to put into words how picturesque local nature is. It is virtually impossible to find another city in the world ... Open »
Kanagawa
Kanagawa prefecture is located on Honshu Island. Today this is one of the main industrial centers of the country. Despite the fact that Kanagawa was severely destroyed by the earthquake in 1923 and then suffered loss during World War II, today this is a modern and well-developed region. Nowadays on the territory of the prefecture you can see numerous modern machine building and ... Open »
Kamakura
In the Japanese prefecture of Kanagawa, which is not far from the capital, tourists can visit a relatively not big city – Kamakura. Tourists from all over the world enjoy arriving here because of a big number of historic landmarks and monuments, many of which are very old. Moreover, a mild climate and an amazing location in a forest area make Kamakura one of the best resort ... Open »
Nagoya
Nagoya has been among the largest cities of Japan and attracted tourists from all over the world for many years. More than two million people reside in the Nagoya. This is a dynamic megacity with an eventful way of life, a flawless infrastructure and a friendly atmosphere, so all enthusiasts of outdoor activities will be interested in visiting this place. It is important to ... Open »

All about Niigata, Japan - sightseeings, attractions, touristic spots, architecture, history, culture and cuisine. Prepare your trip together with OrangeSmile.com - find out the 'must see' things in Niigata, which places to visit, which excursions to take, where the breathtaking views are waiting for you. Planning your trip with this travel guide will help your to get the most out of Niigata in few days.