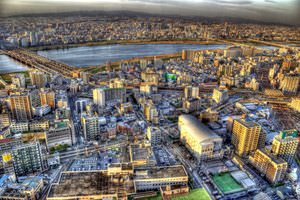 A trip to the special and mysterious Japan can be not only interesting, but also useful. In addition to exploring the monuments of ancient culture, centuries-old architecture and modern sights, it is worth spending some time visiting local shops. Even if you have no intention of making a purchase, this will certainly become a valuable experience. All commercial spaces of Japan have been occupied by shopping centers, the most famous of which are Isetan and Odakyu. The prices in these centers vary from medium to high, and it is not worth counting on low ones. For a less expensive shopping experience, you should visit the shopping center “Seibu” which is one of the biggest in the world. Those who want to plunge into the atmosphere of the Japanese bazaar should visit Parco. Online shops like Mitsukoshi, Matsuya, and Takashimaya are often sold out.
When and where to 'hang out' in Japan - festivals and celebrations
Most of the Japanese islands are located in a temperate climate zone, characterized by a clear division of seasons. This feature gives residents and …
Read further
Japanese shopping can significantly reduce the purse of tourists, because prices in the country are quite high. The cost of traditional souvenirs can rise up to 10 thousand yen and above. Admirers of branded clothes will like the abundance of boutiques of world famous brands, but their price range is known to go off scale. If you are in search of quality items of top brands, it is much more profitable to make a choice in favor of famous Japanese brands like “Jun Ashida” and “Issey Miyake”. Tokyo is the Mecca for shopaholics from around the world, with its trading quarters Shibuya, Ginza, Omotesando. This is where you can get almost anything from designer clothes to cosplay costumes, high-tech devices and traditional Japanese souvenirs.
However, other cities in the country also have something to offer. In Kyoto for instance, tourists like to go to the antiques store “Pass the baton” in the region of Kyoto Gion which is a stylish and distinctive place. Under the railway station of the city, you will find the shopping center Porta. This place would be convenient for those who want to do a one-stop shopping, and have a hearty lunch afterwards. The city of Osaka can boast of an incalculable number of shops, boutiques and small street stands. On the streets and underground, there are long shopping areas, markets, and shops of wholesale and retail trade. The well-known shopping street Motomati is located in Yokohama. Here, fashion boutiques and shops that sell designer clothes can be found. Yokohama World Porters, which is widely known for its ultra-modern shopping complex, has about 150 shops and restaurants. Copyright www.orangesmile.com
For active traveler - national parks, landscapes and nature of Japan
Japan is a state located on the islands. More than half the country’s territory is covered with mountains. The length from north to south, as well …
Read further
When the question arises about what to bring with you from Japan, the first thing that comes to mind are authentic souvenir products that contain a part of the unique culture of the Land of the Rising Sun. Among them are; bright kimono made from silk, graceful fans, wooden accessories in geisha style, bone figures of netsuke, Japanese paper “Washi”, sets of calligraphy, edible souvenirs made from soy or rice flour, unsightly colored delicacies with strange taste. If you have no particular interest in Made-In-Japan branded goods, you can opt for Japanese souvenirs that are made in China. They do not differ in any way from their local counterparts but they are several times cheaper. 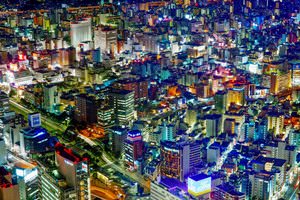 Prices for ordinary Japanese clothes are quite low, but you should be in no rush to buy. The bulk of popular clothing is characterized by a very specific style with which one should be careful. You can safely buy small accessories like handkerchiefs, socks or gloves. In Japanese stores, there are so many different models of these products that everyone will surely be able to choose something for themselves. Jewelry lovers can give themselves a nice treat by buying first-class pearls in Japan. Jewelry stores situated in big cities sell headsets with pearls of the most different shades: snow-white, pink-cream, blue, etc.
Best visiting periods - the climate of Japan
Due to the fact that Japan extends from north to south, the climatic conditions on the various islands differ very much from each other. Therefore, a …
Read further
The period of sales in Japan falls on the off-season. Discounts at this time can reach 20% of the amount of goods purchased. The most large-scale sales occur on the second Friday of January and July. They last only a week but it is only in this period that you can buy things of excellent quality with up to 80% discount. Most stores are usually open from 10am and close at about 8pm. Large supermarkets, as well as shopping and entertainment centers stay open until about 10pm. Stores and shopping centers also operate during the weekends and on holidays. In some cities however, they are closed on Wednesdays. Please note that only the local currency which is the Japanese Yen is accepted for payment at the counter. Nevertheless, in some shops in Tokyo, payments in Dollars or Euros are accepted. Most of such shops are located in Ginza, the most expensive and fashionable districts of the city.

Coolest places in Japan from our Guinness book 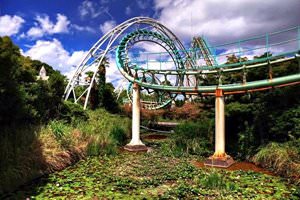 In Japan, there is an abandoned Nara Dreamland amusement park, which may also scare many tourists. The opening of the park took place in 1961. It has worked for a little over 30 years and was closed due to lack of funding. A walk in the park gives an impression that it went deserted overnight. All its rides have perfectly preserved after decades. You can find slot machines with toys and a lot of other equipment in old abandoned buildings.

The design of the amusement park is very similar to the California Disneyland. Today, some elements of its scenery look particularly daunting. During the years of desolation, the park destroyed slowly. Trees sprout in many of buildings, and attractions are covered with twine plants and grass. The park is characterized by a huge area. From the day of … Read all 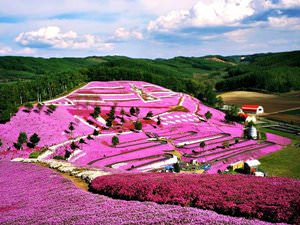 One of the best places in the world for admiring the fabulous scenery is Hitsujiyama Park located in Japan. The area of ​​this park is about 1 000 square meters. Many tourists tend to visit it in spring. At this time, the park is incredibly beautiful; phlox of thousands different colors, from delicate pink to deep purple, bloom there. Every year, best florists from around the world are involved in designing the Hitsujiyama Park. They plant flowers in such a way that during blooming they form harmonious patterns.

You can admire hills covered with fragrant flowers for ages. There are convenient walking paths and special areas with benches where you can relax in the shade of trees. Huge beds resemble fabulous multi-colored carpets. The best period to visit Hitsujiyama Park is the time … Read all
All unique sightseeing Japan

Sightseeings of Japan in photostream

Shopping malls, boutiques and outlets in top cities of Japan

Tokyo
Travelers primarily interested in electronics will find what they need in Akihabara. Local shops and trading centers offer virtually anything, from newest notebook modes and cell phones to various spare parts and auxiliary equipment. Perhaps, LAOX is the most popular shopping center of the district. It’s also worth noting that it’s particularly interesting to visit Akihabara in the evening. When it’s getting dark, most shops get stylish illumination. Shibuya is a primary destination for … Read more

Kyoto
Porta Underground Shopping Mall is one of the most popular places among visitors to Kyoto. A large part of the shops operating here can offer affordable prices. Many people go here specifically to buy popular national sweets. It's allowed to taste local delicacies literally in every store. Fans of gastronomic shopping will certainly love to shop here. In addition to foods, interesting home goods, souvenirs, as well as cosmetics and perfumery are sold here. This shopping center is notable for a … Read more

Osaka
The largest shopping center in town is Osaka World Trade Center located in a 55-story skyscraper. This is a place where you can buy stuff and have fun all day long. Apart from the stores, customers will find restaurants and cafes, entertainment centers, and viewing platforms. This shopping center is recommended to those who expected to bring beautiful kimonos or other national clothes from the trip. In souvenir shops, they cost much more than here. Ladies traveling around Osaka should pay … Read more

Kobe
People go to Mint Kobe shopping center not only for shopping but also for entertainment. It houses a popular cinema, restaurants and cafes, and a charming patio with a garden. Shoppers are attracted here by interesting stores selling locally produced goods. Cute Japanese tableware, interesting bags and porcelain souvenirs, cosmetics containing natural ingredients - all of these and many other products are available to visitors of the shopping center. Be sure to visit another mall - Kinato … Read more

Nagasaki
One of the most interesting shopping streets in Nagasaki is Hamano-machi. It accommodates shops where they sell mainly local produce, so most of them are attractively priced. Ladies will be interested in numerous clothing and cosmetics stores where they can buy goods from local manufacturers. Men are attracted to sporting goods stores, and the selection of souvenirs is really wide on this street. Of particular interest to shopping enthusiasts is Chinatown, which is very small but having … Read more

Okayama
Many travelers are attracted to local bookstores where they can find literature on local attractions or the latest travel guides. It is worthy of note that books in English are also available here. Among all the shops located in this street, Hare is of special interest. This one offers wonderful handicrafts, not to mention a rich selection of popular regional products and delicacies. The legendary department store Tenmaya, which has long become a kind of historical symbol of the city, is … Read more

Nagano
Strolling through the shopping street, tourists can find shops of all possible types. These include several large tea shops, as well as a store selling the popular national drink Sake. There are also great shops offering traditional clothes and accessories. The most popular among tourists are numerous souvenir shops. Some shops on Naka-mise Street may seem pretty unusual - one sells pickles, and in the other, you can buy unique works of art. A must-have for ice cream lovers is Miso Soft … Read more

Niigata
The store features an interesting and beautiful design, it often hosts tastings and other interesting events. Miniature gift-wrapped sake bottles are among the most popular tourist souvenirs. Apart from alcoholic beverages, they sell other interesting regional products in this store. You'll be offered to buy local rice with excellent gustatory qualities, miso pasta, and various types of soy sauce. Many tourists come here for all kinds of pickles and convenience foods, while others are … Read more

Map of shops in Japan cities