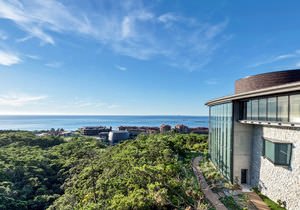 Japan is a state on islands surrounded with water. This fact defines the peculiar nature of the Japanese culinary system. Most of her dishes are prepared using fish and seafood. The Japanese do not like to fry their seafood. They may however let it fry a little on the frying pan. The sea gifts are subject to braising, steaming or served practically raw. The fish is cooked in soy sauce and fried on the frying pan-grill on an open flame or deep fried. Sausages and chips are produced from it. The favorite food in Japan is made from fish in the raw form. For their preparation, different types of fish are used depending on the season or district.
Top architectural sights of Japan
Monuments and architectural objects, notable for the history and culture of the country. …
Read further
One of the most popular dishes of Japanese cuisine is “Sashimi” which is raw fish sliced into thin pieces and served with uncooked vegetables. The sliced fish is delicately arranged on a plate among vegetable garnish. Sashimi is eaten with “Wasabi”, a green burning paste also called the “Japanese horseradish”. Sushi is a traditional food that enjoys a worldwide popularity. The dish is prepared from raw fish cut into thin slices, seafood, vegetables and boiled rice. Traditionally, sushi is usually served during festivities. However, today it is served in snack-bars, cafe and restaurants, even as takeout. Preparation of sushi is a whole art, the secrets of which experts pass on to their children.
Many dishes popular in Japan today have a rich history. One of them is Nigirizushi, which are small sausages made from rice. For preparing a portion, the amount of rice that the person can eat at a go is required. Nigirizushi is covered with Wasabi and eaten with the hands, with the slices of raw fish or seafood. To accompany the dish, “Gari” (slices of pickled ginger) and green tea is served alongside. Makizushi is rice balls stuffed with tuna and cucumbers and wrapped up in Nori (dried seaweed sheets). Oshizushi comprises of rice which is eaten from a small wooden box with fish spread on top of it. Chirashizushi is rice served with omelet, sea foods and vegetable garnish. Copyright www.orangesmile.com
Japan sightseeing - top places to visit
This is a magnificent country, a travel to which will leave many unforgettable memories. While describing numerous excursions and entertainment, …
Read further
The Japanese eat fish not only raw, but also in its life state. That is exactly how Odorigui is prepared. Shrimps, squids or “dancing Perch” are also used in its preparation. Fish or seafood is scaled in boiling water, after which sauce is poured over it, and then it is cut in parts and eaten. At this time, the fish can even slash or wiggle the tongue. A unique delicacy of Japanese kitchen is Fugu-sashi – food from the toxic fish Fugu. It is distinguished by its unique taste which is responsible for its popularity. The nacreous meat of the fish is cut by the lobes and spread on the plate in a round form. Fish slices are eaten, dipped in a mixture from soy sauce, grated daikon and red pepper. This dish is served with Fugu-zosui (fish fugu broth with raw eggs and rice) and in cups for tea (chawan with a cover, to which Fugu fins deep fried on the grill for a few minutes is added). 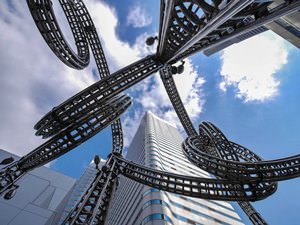 The preparation of Fugu begins with the extraction of poisonous organs. After that, the fish is cut into fine slices. The meat is washed well with water for removal of residues of poison. The slices are beautifully placed on a plate, portraying the flight of a crane or other artistic images. Highest level of skill is to leave very little milligram of poison so that the guests have a feeling of pleasant euphoria. Sometimes tasting of dishes from fugu turns round for some foodie to palsy.
National traditions and mentality of people in Japan
The isolated location of the Japanese nation is reflected in their National character and traditional way of life. The longevity of the Japanese, low …
Read further
All these as well as many other delicacies of the Japanese kitchen can be tried in the country’s restaurants, most of which are opened from 11am to 2am, and some – even overnight. Drinking and snack-bar establishments located in the underground area or stations prepare different dishes of domestic kitchen at satisfactory prices. Small restaurants of local cuisine where you can have a tasty and cheap lunch are frequently located on ground floors of big supermarkets. In many of such restaurants, it is possible to order teishoku – Japanese complex lunch on a food-tray. Many establishments display photos or plastic models of dishes for tourists who do not know the language. In Japan, noodles shop and fast food booths that prepare different Japanese food for take-away are common. Cheap establishments accept only cash payments. It is not acceptable to leave tips in Japan.

Cuisine and restaurants in popular cities of Japan

Tokyo
For many people Japanese food is limited to usual sushi and sashimi, but the local restaurants offer visitors a far more exotic delicacies. Fugu fish is considered a royal dish. The fact is that the fish is very poisonous, so only highly qualified masters can cook it. Fans of more traditional dishes are able to order smoked eel, which is served in all restaurants of the national cuisine. This is very delicious and healthy dish. Fans of European cuisine will surely like the so-called … Read more

Kyoto
A more modest establishment is Musashi Sushi restaurant; its special treats are sushi. Fans of seafood, sushi and rolls will enjoy a dinner here; a large selection of national drinks will be a nice addition to meal. In the Grill Miyata restaurant visitors can taste a variety of dishes from the grill. Customers appreciate beef with special sauces; fans of vegetarian food like hot vegetable salads and stews. For those who can’t imagine a meal without exotic delicacies, we can recommend the … Read more

Osaka
Sweets addicts will find as well numerous places to eat in Osaka. The Rikuro Ojisan no Mise café offers astonishing desserts in the heart of its menu. In addition to sweet treats the visitors of the café may order speciality fruit cocktails and aroma tea of various sorts. The Dotonboriimaihonten restaurant specializes in local cuisine treats cooking. This is a perfect place for a family visit. The menu of the restaurant offers excellent noodle and original sea foods treats. A rich three course … Read more

Sapporo
The Sapporo Beer Garden bar is a rather original and unique eating destination of the city. The bar is located close to the Museum of Beer. Having paid a fix price for entrance the bar visitors may enjoy favorite drinks and treats for one hundred of minutes. In addition to favorite sorts of beer its guests are offered a vast selection of exotic dishes. The Sapporo Beer Garden bar always features buzzing and friendly atmosphere. Seafood dishes admirers should pay a visit to the Hiraku … Read more

Fukuoka
Those who wish to enjoy the national food in a comfortable atmosphere are recommended to look into the Hanamidori restaurant. It serves great chicken stew with vegetables, meatballs and a variety of entrees. Young guests have their own menu here. Visitors would be pleased with very fast service, as well as welcoming atmosphere reigning in the restaurant. A huge selection of the tenderest noodles with spicy sauces is offered by the national restaurant Hakata Ippudo. Aforementioned ramen … Read more

Hiroshima
It differs from the popular Italian treat with a special composition of the filling, as well as an original way of cooking. The flatbread is fried a little, than the filling is spread. The filling includes mix of vegetables, meat, cheese, eggs, udon and seafood. After being fried thoroughly, bread is turned and fried on the other side. In local street cafes and restaurants okonomiyaki is cooked with a variety of fillings; cooks fry scones at small open braziers. In addition to the popular … Read more

Kobe
In Japan, special breeds of cows are bred, whose meat has unique genetic characteristics. Only if the strict rules for the care of cows are observed, their meat can become “well-marbled”. Special conditions are maintained for animals throughout their lives. The cost of elite beef is about $ 150 per kilogram, and it’s impossible to buy such meat in regular stores. A great way to get to know Kobe’s other gastronomic traditions is to stroll through local food markets and visit fairs … Read more

Nagasaki
An equally interesting dish is the traditional Japanese omelet "Okonomiyaki". During cooking, various components can be laid on top of it, so the dish resembles pan-cooked pizza. One of the most sophisticated options is okonomiyaki with tuna chips. Cabbage and pork can also be added to the dish. Another interesting feature is that the Japanese-style omelet is usually cooked in front of guests. Besides widespread sushi and sashimi, fans of exquisite seafood will have the opportunity to try … Read more