Preparing your trip to Sapporo: advices & hints - things to do and to obey 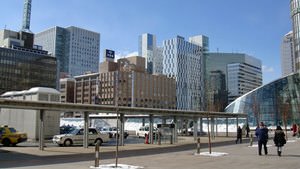 1. Smokers should keep in mind that smoking is banned everywhere all over the central districts of the city and in the streets as well. Some public establishments and restaurants feature specially designated smoking areas The current smoking rules in any establishment should be specified in advance.
2. An optimum way to get from an airport to the city center is by Skybus being the cheapest way. A trip to the center of the city will take not more than 40 minutes. The buses are running in 15 minute intervals. Tourists may as well opt for taxi service.
3. The most popular type of public transport in the city of Sapporo is considered to be a tram running to almost all landmark and district of the city. Another way to cruise the city is by underground. However this way of travelling through the city is a bit more expensive.
4. Sparing tourists and those guests planning to travel much by public transport should buy a travel pass for a day or a couple of days being a perfect way to save costs. It should be noted that on weekends and holidays the cost of trip by public transport is by half higher than average cost of a trip on weekdays.
5. Sparing tourists are recommended to book a cheap hotel in advance as the city of Sapporo lacks economy class hotels and inns. During a warm season the city of Sapporo offers its guests to stop in a perfect camping named Takino being located in the nearest suburbs of the city. Copyright www.orangesmile.com
6. Tourists wishing to save costs on visiting of local restaurants are advised to focus on local cafes serving excellent noodle and various ethnic treats. The establishments of the kind feature not only attractive prices but a high quality of dishes and service as well.
7. Despite the city of Sapporo being considered a peace and quiet city tourists are recommended to keep to simple safety measures. Tourists should not set to the exploration of remote areas of the city alone late in the evening. In public places one should keep an eye on private things and valuables.
Cuisine of Sapporo for gourmet with top restaurants and cafe
Restaurants and cafes of ethnic cuisine are predominating in the city of Sapporo. True eastern cuisine admirers will have an excellent chance to enjoy the greatest assortment of favorite …

Open
8. The city has adopted a well developed system of cashless transfers that is why tourists do not need to keep substantial sums of cash by themselves when cruising the city. An optimum way to pay for goods and services is national currency. To get optimum exchange rates tourists are recommended to exchange currency at home before a departure.
9. Many museums and other objects of tourist attraction get closed rather early. That is why working schedules should be specified in advance in a hotel or in any tourist information office.

Preparing your trip to Sapporo: advices & hints - things to do and to obey You can re-publish this content with mandatory attribution: direct and active hyperlink to www.orangesmile.com.
Sapporo - guide chapters 1 2 3 4 5 6

What to visit being in Sapporo - unique sights 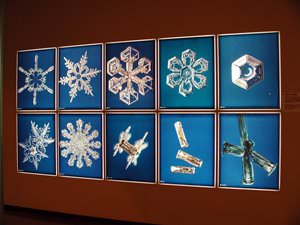 Distance from Sapporo center - 169.3 km.
The founder of the museum, Nakaya Ukitiro, spent several years studying one of the most remarkable natural formations - the incredibly beautiful snowflakes. He has classified them and has demonstrated the special properties. When visiting the exhibition, the museum visitors can learn about the most important discoveries of the scientist. In addition to the exhibition rooms, the concert hall was arranged in the caves, where the well-known artists perform regularly. This hall has the unique acoustics, so the guests have a nice opportunity - to visit the most interesting collection of photos and to visit the unforgettable concert. … Read further

Tips for the cities around Sapporo

Niigata
3. Niigata is famous for its natural attractions. Fans of outdoor activities and tours will be more interested in visiting these places in the warm season. 4. Japanese yen is generally accepted in Niigata while paying in a different currency can be problematic. It's recommended to exchange money at home before the trip. That's how you make an exchange at the most ... Open »
Nagano
3. The city has a lot of traditional "ryokan" hotels. The design of rooms may be different from those in classic hotels. In some rooms, instead of regular beds, there are only mattresses on the floor. 4. The city can offer many restaurants of various profiles. Regional restaurants are distinguished by the most attractive prices. Restaurants located in and around hotels ... Open »
Tokyo
3. Local people appreciate punctuality, so you simply cannot be late for a meeting. When you plan to visit someone’s home, you must buy small gifts for the hosts - this is the custom. 4. Before entering a house or a temple you should definitely take your shoes off. 5. Tips to waiters, taxi drivers and hotel employees are not accepted in Tokyo. 6. You should be ... Open »
Kanagawa
3. Loud phone calls in public areas can be considered a sign of impoliteness to others. It is better to turn on the silent mode in your gadget and answer important phone calls in a low voice without any active body language. 4. Tips in Kanagawa restaurants, just like everywhere in the country, are unacceptable – they will be considered an insult. That being said, if you ... Open »
Kyoto
3. Going to restaurants, take into account that in most of them the menu is only in Japanese. However, staff of prestigious establishments is fluent in English, so you can ask any questions. 4. While walking around the city and visiting various excursions travelers should be very quiet. The thing is that the locals don’t like the noise and are very restrained emotionally. ... Open »
Osaka
3. Tourists looking to make intercity and international calls should better use street call boxes. One can easily find them in the streets as they are commonly bright green. The street call boxes accept special phone cards as payment means which can be bought in all day shops, hotels and tourist information centers. 4. The best place to profitable exchange any currency is an ... Open »

Travelling to Sapporo - advices and tips. What should be provisioned in advance, the rules you might want to follow, and the things you better avoid doing in Sapporo. We help you to make your trip smooth and easy, with no unexpected surprises.