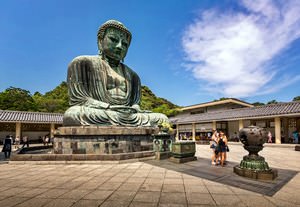 The Japanese economy today is among the five most developed economic structures in the world. But the Japan’s share of the global GDP is constantly decreasing. The financial system is going through a rough time. A significant contribution to the current economic state of the country was made in the post-war years, when the Japanese began to actively engage in the development of technology and skill, as well as their import. Thanks to the most powerful research base, Japan can independently export robotics, various electronics, automobiles, ships and aircraft, and so on. Any Japanese product is considered a priori of high quality. It was possible to achieve such sales at market thanks to incredibly cheap labor.
Top architectural sights of Japan
Monuments and architectural objects, notable for the history and culture of the country. …
Read further
Today, the country’s GDP is formed more by the service sector. Industry accounts for about 25%, and agriculture less than 1.5%. The mineral reserves of Japanese lands are rather scarce. Deposits of limestone, sulfur and coal are developed here. In addition, minor gas production, oil, ore, mercury, gold, pyrite, chromium and other mining operations are conducted on the territory. Even though they are willing to develop their own mining industry, all the metallurgical, energy, and chemical plants are dependent on imported raw materials. The manufacturing industry in Japan is developed at the highest level. The country produces more than 52% of the global volume of all marine vessels. In addition, the country produces a lot of electrical appliances. Such companies as Pioneer, Toshiba, Sony, Kenwood Corporation, Canon, Sharp, Olympus and others are known around the world.
One of the main exports of Japan is automotive products. There are a lot of factories on the territory of the country that are engaged in the automotive industry. The largest brands are Suzuki, Mitsubishi, Toyota, Mazda, Nissan and Honda. The main branches of agriculture are plant growing and fishing. In terms of crop production, rice tops the chart. After all, rice as you know, is the national product of all Japanese. Thanks to specially developed technologies for planting rice, at the end of the last century, the Japanese achieved an incredible economic miracle. As a result, the incomes of the local population have increased significantly. Consequently, the demand for rice has also increased, although in the early 2000s, the amount of agricultural land decreased slightly. This resulted to an acute shortage of rice in some regions. Today, about 23% of the gross output of the rural population precisely profits from growing the national product. Copyright www.orangesmile.com
Japan sightseeing - top places to visit
This is a magnificent country, a travel to which will leave many unforgettable memories. While describing numerous excursions and entertainment, …
Read further
Fishery is developing in Japan due to its geographical location. That said, fish are not only actively exported, but also covers the domestic market. The demand by the way is quite large. Statistics show that the average Japanese eats at least 170 kilograms of fish per year. The fish of the tuna family, Atlantic mackerel, Pacific saury, salmonids and horse mackerel are exported. In addition, Japan buys a lot of seafood. This is mostly due to the fact that local fishing companies are allowed to catch sea products only within the territorial waters of the country. 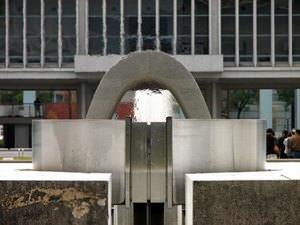 The main energy resources in the country are of course oil. About 50% of all the energy produced in Japan comes from this resource. However, 97% of all oil used in the country is imported, mainly from Kuwait, Iran, Saudi Arabia and Qatar. But at the same time, the Japanese are conducting significant scientific work in the field of obtaining alternative energy sources, for example, bioethanol. It is worth noting that Japan has built a fairly effective strategy for the continuous development of economic indicators. This is primarily connected with the goal of raising the level of industry and the standard of living within the country.
National cuisine of Japan - specialties, recipes and restaurants
Japan is a state on islands surrounded with water. This fact defines the peculiar nature of the Japanese culinary system. Most of her dishes are …
Read further
Today, about 45% of all functioning industries in Japan work with the help of industrial robots, which are also manufactured domestically. In Japan, there is some industrial equipment, which has no analogies in the contemporary world. Due to this, the country can receive significant privileges in the market. At the same time, the Japanese are ready to share their relatively new inventions in the field of industrial robots and annually sell at least 70,000 of these machines to other countries of the world. The unemployment rate today is approaching 5%, while in the early 90’s it was less than 3%. External debt is about 31,000 billion dollars. Inflation is about 2%, and GDP growth according to last year’s data was 2%. 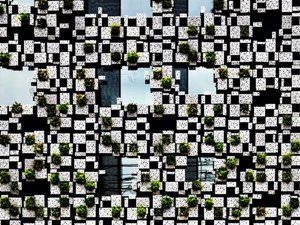 In Japan, you can see the unusual house with a green facade in Odawara. The house called Green Cast is one of the most striking modern attractions. It is an excellent reminder of the fact that even the big cities are a part of nature. Green Cast stands among other buildings with its bright facade decorated with live plants.

The building is located near the railway station of Odawara. The residence occupies area of ​​more than 1 000 square meters. The house was built in 2011. Experts from the renowned design and architecture studio Kengo Kuma and Associates were working on the project. The cheapest and the most available materials were used to construct the building. Its facade is faced with plates of cast aluminum. Those plates are covered with the special material, decayed styrene … Read all
All unique sightseeing Japan

Tokyo
Shibuya is a primary destination for all fashionistas and people who wish to purchase the trendiest and most stylish clothes. There are many interesting designer shops that offer ultra-modern stuff, as well as special shops for followers of different subcultures. It’s the best place to buy cosplay costumes of various anime characters, unusual outfits for Halloween, and comfortable everyday clothes in line with all fashion trends. One of the most popular shopping complexes in Shibuya, 109, is a … Read more

Kyoto
Not far from the train station is Aeon Mall. It is quite small but still enjoys well-deserved popularity among tourists. It will be interesting to walk inside in search of new outfits. Ladies will love its huge stores selling inexpensive bags and accessories. A number of stores are aimed at visitors with children, offering them toys and sweets that all kids like. The Cube is considered to be one of the most spectacular and originally designed shopping centers in Kyoto. It is located on the … Read more

Osaka
Ladies traveling around Osaka should pay attention to stores selling products and fabrics made from natural silk. They offer equally attractive prices for chic stoles, blouses, and beautiful fabrics for sewing one's own clothes. Osaka is characterized by a rainy climate, so all kinds of umbrellas, raincoats, and waterproof bags are highly demanded among citizens. Some of these accessories are so funny that tourists willingly buy them as souvenirs. In Osaka, one should pay attention to … Read more

Kobe
Be sure to visit another mall - Kinato Meister Garden. It is designed more like a museum, the shopping center itself is very small and occupies a beautiful historic building. Within its walls are many interesting specialty shops selling popular national delicacies, designer clothes, handmade jewelry, as well as interesting antiques and other products brought from different countries of the world. A popular shopping destination among fans of gastronomic tourism is PLiCO Kobe. In this store, … Read more

Nagasaki
Of particular interest to shopping enthusiasts is Chinatown, which is very small but having more than enough interesting shops to check out. In this colorful area, you can find the most popular traditional Japanese souvenirs. Many stores are housed in very beautiful authentic buildings. Shindaiku Arcade, a popular gastronomic complex specializing in popular foods and rare Japanese delicacies, is also located in Chinatown. Amu Plaza is considered the most famous and visited shopping center … Read more

Okayama
The legendary department store Tenmaya, which has long become a kind of historical symbol of the city, is located in the same street. Its building has preserved its unique architecture dating back over 200 years. Currently, it presents all kinds of shops and boutiques where you can buy clothes of famous global brands or high-end regional products. Tenmaya shopping center offers its customers a lot of benefits and privileges. They can get significant discounts for other stores in Omotecho … Read more

Nagano
A must-have for ice cream lovers is Miso Soft where dozens of versions of their favorite treats are sold. Numerous craft shops deserve special attention - here you can buy interesting home decorations and very practical accessories. The main shopping street also accommodates the most interesting gastronomic shops where customers can find the most popular national delicacies. Nagano cannot boast an abundance of large shopping centers, and Midori Nagano is considered one of the largest. Here … Read more

Niigata
Among the shopping centers presented in the city, Bandai City Bus Center Bldg stands out. It houses shops of various kinds so it can be of equal interest to those looking for fashion accessories or electronic gadgets. The mall has a large GU store, Loft and Lovela pavilions. It is also known for its rich selection of kid-focused stores. There isn't enough time in the day to explore all the stores presented. Customers can combine shopping trips with tasting specialties at restaurants and cafes. … Read more