Preparing your trip to Groningen: advices & hints - things to do and to obey 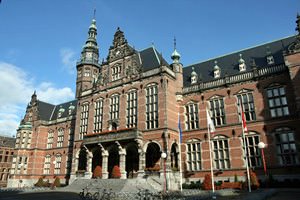 1. The most beneficial way to make calls to other cities and countries is to use special telephones that can be found on every street of the city. You will need to use special plastic cards to pay for your calls. As a rule, these cards can be conveniently purchased at any newsstand. Sometimes you can see machines that accept payments by coins.
2. The majority of shops and trading centers open at 9:00 and work until 18:00. Saturday is usually a short working day, so small shops can close at 16:00. As a rule, only large supermarkets and shopping malls work on Sunday.
3. Bicycle is the most common type of transportation in Groningen. Such a number of cyclists can hardly be seen in any other city of the country. Virtually the entire central part of the city is dedicated to bikes. There are also special bike lanes near all main transport routes.
4. Travelers, who expect to rent a car, will need a driving license of the international class, as well as a credit card for deposit purpose. Motorists should take into account that some streets in the center of the city may be closed for vehicles.
5. Banks and other governmental agencies work on week days from 9:00 to 16:00. Currency is better to be exchanged in special «GWK» offices, which can be found near the railway station. Exchange offices work seven days a week, Sunday is considered a short working day. Copyright www.orangesmile.com
6. Bus is known as the main form of public transport. You can use it to get not only to all parts of the city, but also to the city’s suburbs. Tourists who arrive in Groningen for the first time are recommended to buy a city map that depicts all main public transport routes.
7. Service charges are already included in the total bill in the majority of restaurants. As a rule, the amount of service charges is 10 - 15% of the total due sum. Taxi drivers should also be awarded with a small cash reward. 10% of the amount will be sufficient.
Cuisine of Groningen for gourmet with top restaurants and cafe
In Groningen even most demanding gourmets will easily find a place to eat. The city is home to more than a hundred of different restaurants, each of which will surely please guests with its …

Open
8. The city is distinguished by extreme purity, so tourists should also obey the established order. Rubbish should be disposed to special boxes only, and in parks visitors can make picnics in specially designated areas only.
9. Fans of nightlife should go for a walk to the central area of the city, which is home to numerous entertainment venues, restaurants and bars.
10. In the evening you can walk safely in the city center only, because there are always many people despite the time of day. Exploring remote areas of Groningen is better to be done together with a guide.

Preparing your trip to Groningen: advices & hints - things to do and to obey You can re-publish this content with mandatory attribution: direct and active hyperlink to www.orangesmile.com.
Groningen - guide chapters 1 2 3 4 5 6 7 8 9 10 11

What to visit being in Groningen - unique sights 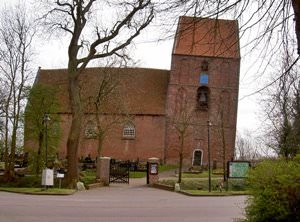 Distance from Groningen center - 49.7 km.
The foundation of the church was built from oak trunks. They were actually "preserved" underground at a high water table. They remained in perfect condition for hundreds of years. However, the land was significantly depleted in the area by the early 19th century. This led to the beginning of the rotting of the wooden foundation. Local authorities decided to close the church tower to the public for safety reasons in 1975. Strengthening works to stabilize the architectural monument were carried out for 10 years. The church is once again available to the public today. It is located in a beautiful historical garden. … Read further

Tips for the cities around Groningen

Leeuwarden
3. Those who are used to renting a car for a vacation should take into account that there are very few surface parking lots in Leeuwarden. It's recommended to choose underground parkings, which are much more affordable than those above ground. 4. A private car would be useful to tourists who are going to actively explore the city's outskirts and surroundings. Many ... Open »
Zwolle
3. Taking photographs is prohibited in some places. Do not ignore restricting signs. 4. Citizens of the Netherlands are famous for their tolerance, so they try to treat everything with patience and understanding. However, they are also famous for their affection for nature and the animal world. Needless to say, they are against cruelty to animals, and wearing fur outwear ... Open »
Oldenburg
3. One of the locals' favorite modes of transport is the bicycle. Special cycling paths are built all over the city. Tourists can use the services of numerous bike rental agencies. 4. Connoisseurs of elite tobacco should keep in mind that a famous tobacco factory is located here in the city. Tobacco products produced here are sold in specialized stores, and many prefer ... Open »
Alkmaar
3. The best time to visit the city is between mid-April and October when cheese fairs are held here every Friday. 4. A popular city transport is a bicycle, traveling on which is much more convenient than by car. The city has a huge number of bicycle rentals, and the most expensive are those that are located near large hotels. Special bicycle paths are laid along all major ... Open »
Amsterdam
... Open »
Osnabruck
3. Car rentals are recommended for tourists who expect to explore the surroundings of Osnabruck. There are many beautiful parks, lakes, and other natural attractions near the town. 4. Fans of walks should totally stroll along the central city streets after dark. They are illuminated by bizarre lanterns, which in themselves have become a popular attraction. 5. ... Open »

Travelling to Groningen - advices and tips. What should be provisioned in advance, the rules you might want to follow, and the things you better avoid doing in Groningen. We help you to make your trip smooth and easy, with no unexpected surprises.