Preparing your trip to Bregenz: advices & hints - things to do and to obey 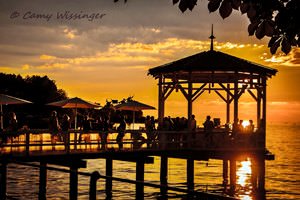 1. The city has a well-developed public transport system. It is easy to reach any part of Bregenz by bus. Don’t forget to buy tickets in advance. Tourists can do that in newspaper kiosks and special automats that are present close to every public transport stop.
2. It is better to call a taxi as it is problematic to hail a taxi right on the street. It is also possible to get a taxi on special stops, which are usually located close to shopping centers and governmental offices.
3. In order to rent a car, tourists will need an international driver’s permit and a credit card. In order to rent an expensive vehicle, rental offices may require several credit cards. The driver’s age must be above 21. Some rental offices have even a stricter rule – the driver must be 23 or older.
4. The majority of shops work from 8 am – 9 am to 6 pm – 7 pm. Some shopping centers serve their visitors until 9 pm. Large shopping centers accept both cash and credit cards.
5. Tourists, who make purchases of 75 euro and higher, are eligible for a tax-free refund. It is important to keep the receipt and ask for a special tax-free form from sellers in advance. Copyright www.orangesmile.com
6. It is recommended to exchange the money only in banks and special exchange offices. Under no condition should tourists use the services of private individuals. Prior to making an exchange, pay the attention not only to the rate but also to the amount of commission charged.
7. Despite the fact that many restaurants and cafes include a service fee in the total, tourists should leave a small extra reward to waiters. As a rule, the service fee is 5-10% of the total.
Excursion over cultural sights of Bregenz - 'must visit' points of interest
The historical part of the city is, without a doubt, the most interesting part of Bregenz for tourists. This area has many valuable historical and architectural landmarks – first buildings …

Open
8. Drivers and pedestrians should keep in mind that any violation of the traffic rules will result in a large fine. Children can be transferred only in a special seat installed on the back seat.
9. Tourists, who plan to make many excursions and use public transport a lot, should purchase the “city card”. It entitles its owner to free access to public transport and significant discounts when visiting cultural events and museums. Besides that, “city cards” are valid in numerous local restaurants and shops.
10. It is often more beneficial to visit various events in a group as there might be special discounts for them. Therefore, the best way to make excursions is together with a guide or a tourist group.

Preparing your trip to Bregenz: advices & hints - things to do and to obey You can re-publish this content with mandatory attribution: direct and active hyperlink to www.orangesmile.com.
Bregenz - guide chapters 1 2 3 4 5 6 7 8 9 10 11

What to visit being in Bregenz - unique sights 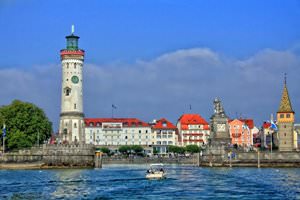 Distance from Bregenz center - 7.9 km.
The walls are decorated with outstanding handmade drawings. They tell the visitors a story of seafaring development on the Boden See. Earlier, in the 12th century, there was another lighthouse, which was quite small. In the middle of the 19th century it was decided to destroy the old lighthouse and to build the new one – Neue Leuchtturm. It has been working since 1856. Time passed, technologies had been developed and fire lightning was placed by electrician lightning. In 1936 that happened with the lighthouse and in the 1990s its systems were all automatized. Last time the lighthouse isn’t used regularly, it works only in the worst weather conditions. … Read further 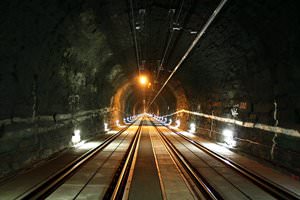 Distance from Bregenz center - 53.6 km.
Arlberg Road Tunnel is one of the outstanding attractions of the country. It is used by over 18 million people annually. The Arlberg road tunnel and the Arlberg railway tunnel is one single complex, though the railway tunnel was built much earlier, in the late 19th century. The tunnels are interconnected by lots of cross-connections, the minimum distance between them is 150 metres. … Read further

Tips for the cities around Bregenz

Winterthur
4. It is very convenient to travel around the city by public transport. Every day, special sightseeing buses depart from the train station. Their route passes through all significant attractions. It is worth noting that a single ticket you buy is valid for all types of public transport. 5. To rent a car you will need an international driver’s license and a credit card ... Open »
Zurich
4. Make sure you check the compatibility of all electrical appliances you plan to take with you before the travel. The line voltage is 220V. 5. Leaving tips is customary in large restaurants only. You are free not to leave any rewards to waiters in cafes and bars. The usual size of tips is 5 - 10%. 6. Those tourists, who expect to travel around the city a lot, are ... Open »
Garmisch-Partenkirchen
4. You will find an effective system of discounts for foreign travelers in Garmisch. Tourists, who pay the city tax during their stay at the resort (the size of the tax is approximately 2 euros a day), will get a special tourist pass. This pass entitles you to a reduced fare in regular buses and a discount for visiting local entertainment centers and activities. 5. Besides ... Open »
Sankt Moritz
4. Visiting one of the local skiing schools will be of great interest for amateur skiers. An average duration of a single group training is about three hours. Tourists may opt as well for private tutorials. The more tutorials a skier will take the lower the price of a single private tutorial will be. 5. The resort town features plenty of gastronomy and entertainment ... Open »
Luzern
4. Bicycle is one of the most popular city transports. The main rental center of two wheel transportation means is placed in the area of railway station. Along all the major roads of the city one will find specialized cycling lanes that make the transportation even safer and more comfortable. 5. Prudent tourists apart from budgetary restaurants and cafes should pay ... Open »
Innsbruck
4. It’s normal to leave a tip in the local restaurants and cafes. The average amount of tip is about 5 - 10% of the total bill. It is worth noting that in many bills tips may already be included. In this case leaving a tip to a waiter is not required. 5. In order to save on attending exhibitions and cultural events, you can purchase special "city-card". Besides numerous ... Open »

Travelling to Bregenz - advices and tips. What should be provisioned in advance, the rules you might want to follow, and the things you better avoid doing in Bregenz. We help you to make your trip smooth and easy, with no unexpected surprises.