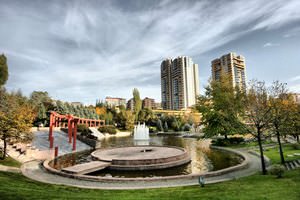 One can endlessly talk about the traditions and culture of the local people. Sacred family bonds are the most important thing for each local resident. Children respect their parents and obey their will, younger brothers and sisters always listen to elders, and a wife always supports her husband in all actions. There is also a clear hierarchy in family relations. Younger family members should respect the elders, who, in their turn, surround them with care and affection. Despite the fact that many natives may seem too slow, they are very hardworking. Women can work hard with the yarn from early in the morning until sunset. Amazing Turkish carpets created by the hands of skilled craftsmen never cease to amaze travelers who simply stop in admiration. It is believed that the tradition of making the famous carpets has been started by the nomadic tribes, who settled in the territory of the modern city many centuries ago.
Excursion over cultural sights of Ankara - 'must visit' points of interest
Haci Bayram Mosque remains the most famous attraction of Ankara. It was built in the beginning of the 15th century and still remains one of the best known and most respected religious …

Open
The locals have numerous interesting signs and superstitions, some of which coincide with the Slavic signs. For example, if a person’s left hand is itching, this may be a sign of large material profit. When a person's ears start to burn, this is the first sign that someone is discussing him/her. There is also an interesting ritual connected with funeral. Relatives of the deceased person should treat all the people present with candies. It is believed that after this the deceased will be remembered only with good words.
The locals believe in the power of the evil eye, so virtually every of them wears special charms and amulets. Nazar is considered the most popular amulet. This is a small eye, which is attached to clothing. The popular talisman can be seen at the entrance to stores, on the windshield of motorists, or at the front desk at a hotel. You can buy Nazar (or eye of Fatima) in any souvenir shop. Copyright www.orangesmile.com
Your active city break in Ankara. Attractions, recreation and entertainment - best places to spend your day and night here
Ankara never ceases to attract fans of nightlife. Every evening guests of the city can enjoy exciting entertainments in numerous clubs and colorful discos. Laila is the most famous club of …

Open
Ankara is famous for an interesting national holiday, which always attracts a large number of visitors either from other parts of the country or from the abroad. It is a gift festival named Souvenir Fair Ankara, which is held annually in December. For several days the city is transformed into a huge fair. Its streets are literally drowning in colorful carpets, national costumes and all kinds of crafts. Colorful carpets remain among the most popular goods bought by the visitors of the fair. It is worth noting that during a year in Ankara keep working many interesting shops and souvenir outlets, they are also notable by their national color. 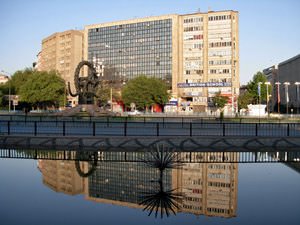 Every spring in Ankara passes the International Music Festival where gather famous symphony orchestras and performers. The event starts in early April and lasts almost a month. The festival is popular with local people, tourists and amazes the number of participants-virtuosos. As far as the International Music Festival in Ankara has a lot of fans, so it's better to book a ticket for concerts in advance. Organizers do their best to please the preferences of people of all ages and invent something interesting to surprise visitors. During the festival, you will be able to enjoy a successful combination of high art and show programs. For example, in 2012 they installed the ice skating rink where the famous Russian and international sportsmen performed under the music of the symphonic orchestra.
Advices to travellers: what you should know while being in Ankara
1. The tourists, who plan to devote much time to trips, are recommended to visit Ankara during the off-season period. It is too hot here in summer. 2. Hand-made items made of copper …

Open
In May you will have a chance to witness a brave festival of movies shot exclusively by women. The film festival under a very interesting name - Flying Broom lasts for seven days in the capital of Turkey. The interesting fact that this event got accustomed here and within years obtained an international level. During the festival, you can watch movies of different genres - art, short, documentary and animated films. The main goal of this event is to use the resources of movie art in order to focus public attention on sexual discrimination and the problems of women and children. In addition to film screenings, there are interesting exhibitions highlighting the right of women to equal rights, as well as you can attend informative discussions. 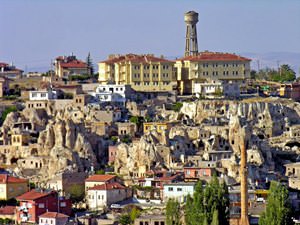 Turkish people are known for their great dancing talents, so there is no surprise that every year here passes the Carnival of Tango. From late November until early December you, as well as hundreds of local residents will be able to enjoy the best performances of this passionate dance. The carnival has already obtained an international level and invites the best tango dancers from all over the world, like Javier Rodriguez, Virginia Pandolfi Esteban Morena, Claudia Codega Gaston Torelli. The main aim of the Tango Carnival is to unite people from different cities, countries and even cultures in one bright and fascinating event who speak one common and understandable language - the language of dance. The program of the festival includes lessons from leading masters. All these passes under the accompaniment of the "TANGO" orchestra. On the last day of the carnival, the organizers prepare something unusual - all guests and participants wait for the masquerade "Big Bada Boom Party", the entrance to which is absolutely free of charge.

This guide to traditions and festivals in Ankara is protected by the copyright law. You can re-publish this content with mandatory attribution: direct and active hyperlink to www.orangesmile.com.
Ankara - guide chapters 1 2 3 4 5 6 7 8 9 10 11 12 13

Colors of Ankara in photos

Traditions and festivals in cities around Ankara

Konya
All the most interesting ritual activities of the festival are held in the religious center Mevlana Kültür Merkezi. In recent years, the historic religious festival has begun to attract many foreign visitors who have access to most of the festive events. These innovations had an impact on the holiday's program. Now the festival is accompanied by beautiful solemn ... Open »
Istanbul
Many national holidays, which the locals celebrate throughout a year, have a religious character. Typically, on these days of celebrations restaurants and cafes of Istanbul stop selling alcoholic beverages. A notable fact - more than 60% of the population of Istanbul is people under the age of 35 years, so there’s no wonder why Youth Day is one of the most popular and ... Open »
Manavgat
One of the main features of the city, which is noted by tourists visiting it, is the love of nature in all its manifestations. The city has many picturesque parks and squares, original landscape decorations can be seen even on busy streets. Local residents take care of homeless pets, a special service attaches them number tags. All street animals are regularly inspected by a ... Open »
Belek
Belek boasts many interesting festivals that take place directly in the city and on its outskirts. Thus, one of the most colorful festivities is the International Jazz Festival is held in the amphitheater of Aspendos. The date of the festival falls on late June. Being a stunningly beautiful structure, the amphitheater often pleases visitors with amazing music. Many tourists ... Open »
Alanya
The locals are very sensitive when it comes to following old traditions. Every citizen can tell many interesting customs, traditions and beliefs to curious tourists. For example, prior to starting a trip, a traveler here must undergo a kind of a ritual. Relatives pour a large cup of water in front of the traveller, so that his trip will be successful and path will be as simple ... Open »
Antalya
An orange has become a kind of a local peculiarity and the national symbol of the city. Monuments with a picture of the fruit can be seen right at every step in the city. The monuments of the fruit found in the city are made of different materials - stone, wood and plastic. Even entrances to some of the cafes and markets are decorated with colorful posters with the image of an ... Open »

Cityguide on traditions, mentality and lifestyle of people in Ankara. Learn the best periods to visit Ankara to discover its soul - authentic festivals, events and celebrations. We will also reveal the interesting habits, attitude towards the world and to tourists in Ankara.