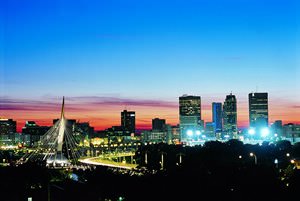 Despite the fact that Winnipeg has the status of a large industrial city, its territory is home to a huge number of interesting attractions, beautiful parks and recreation areas. Tourists will surely enjoy walking through the Old City district as this is the location of the majority of important excursion sites. Forks Street is considered a historic street of the city. A walk there will be very pleasant as the street is located along a beautiful waterfront. Here have survived several old buildings and squares. Yet several centuries ago this part of the city was fully occupied by factories and warehouses. Today these historic buildings have been converted into entertainment venues and shops. The most famous street market of Winnipeg is also located here. This is the place where tourists enjoy coming to search for wonderful gifts.
Advices to travellers: what you should know while being in Winnipeg
1. When you plan to visit stores and markets of Winnipeg, it’s better to take the local currency with you. Even U.S. dollars are not accepted everywhere. Paper money in large …

Open
Do not forget to visit Exchange District as this part of the city is home to beautiful Victorian buildings. Fans of theater and ballet will definitely enjoy visiting the trading part of the city because this is the location of the most famous cultural institution of Winnipeg - Concert Hall, which regularly hosts performances of the Royal Ballet and numerous classical music concerts.
Fort Garry has always been considered one of the main symbols of old Winnipeg. The fort is located in the same named district. The construction of the fort took place in the beginning of the 19th century. In 1912 one of the most luxurious hotels in the city was opened in it. Confederacy Building is one more striking architectural landmark of Winnipeg. This is a beautiful skyscraper, which height exceeds 40 meters. The skyscraper is one of first high-rise buildings constructed in the city. Copyright www.orangesmile.com
Extraordinary weekend in Winnipeg - unusual places, services and attractions for travel gourmet
…

Open
The trading district of Winnipeg is also home to the most famous museum of the city - the Manitoba Museum. Nine huge halls of the museum are used to exhibit a priceless collection of historical artifacts. A model of the old Nonsuch Ship is considered the most famous exhibit of the museum. In this ship first European explorers reached Hudson Bay in 1668. The beautiful historic building is also the location of an art gallery, which was opened in the beginning of the 20th century. The gallery exhibits a large collection of works by painters of 19th - 20th centuries. However, exhibitions of contemporary artists are also not rare in the gallery. 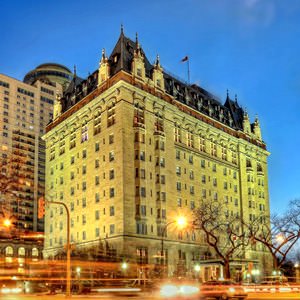 The buildings located in the central part of Winnipeg are also a kind of attraction. Each building is decorated with unusual paintings. Here you will see works of young school children, street graphics artists and talented artists. The paintings feature different themes, from picturesque landscapes to important historical events.

This guide to cultural sights Winnipeg is protected by the copyright law. You can re-publish this content with mandatory attribution: direct and active hyperlink to www.orangesmile.com.
Winnipeg - guide chapters 1 2 3 4 5 6 7 8 9 10 11 12 13
Reference information
Map of all art museums

Cathedrals and basilicas near Winnipeg
♥   Cathedral of Sts. Vladimir and Olga, Winnipeg, 3.8 km from the center. On the map

♥   Bishop Velychkovsky Martyr’s Shrine, Winnipeg, 6.5 km from the center. On the map

♥   Archdiocesan Shrine of St. Gianna Beretta Molla, Winnipeg, 7.8 km from the center. On the map

A lot of attractions are in Calgary. It will be interesting to visit the Chinese Cultural Center, where there is a museum telling about the life of the Chinese in Canada. In Calgary is also located the largest museum of Western Canada - the Glenbow Museum, which presents expositions on the history of culture, ethnography and military history. In Toronto, you should definitely visit Casa Loma - a neo-Gothic castle built in the early 20th century. The city houses the Royal Ontario Museum, which is the 5th largest in North America. In its collections, there are more than 6 million exhibits, among them an incredibly rich collection of dinosaurs and art of the Middle East. … Open

Photogallery of cultural heritage of Winnipeg

Excursions over cultural sights of neighbours of Winnipeg

Minneapolis
The Walker Art Center is a distinguished cultural establishment. It is set in a beautiful modern building of original architectural form. The center presents masterpieces and creations of modern artists. The center is an established place for holding different exhibitions presenting artworks of amateur artists, photographers and sculptors. The visitors of the center may not ... Open »
Ontario Province
CN Tower is a famous attraction of Toronto; one of its top floors is equipped with an excellent viewing platform. There is also a lovely restaurant with a rotating circular room and a magnificent panorama. The most famous cultural center of the city is the Royal Ontario Museum; it is an important landmark global scale. The collection of its exhibits exceeds 6 million pieces; ... Open »
Milwaukee
One of the interesting religious monuments is the Basilica of St. Josaphat located in the south of the city. It was built at the initiative of the Polish community of construction materials left from old customs and a post office. Today, the church attracts with its extraordinary architectural style and a variety of elements that are not typical for classical religious ... Open »
Chicago
Navy Pier attracting tourists is situated in the downtown; it is the best place to relax. Travelers who want to see the most beautiful skyscrapers are advised to devote some time to Skydeck Chicago and Willis Tower. The first skyscraper has an excellent viewing platform located on the 103rd floor. A worthy competitor to these high-rise buildings is the John Hancock Center. ... Open »
Edmonton
The most curious travelers should include a visit to the World of Science Museum in their entertainment program. In addition to the huge room with exhibits, the museum has a cutting-edge IMAX- theater and planetarium. The Muttart Conservatory complex is very interesting; it can be treated as an architectural monument and a museum. It consists of four connected towers, inside ... Open »
Calgary
Canada Olympic Park is also one of the major attractions of the city. The park was opened in 1988. Today Olympic Park is free to visit for everyone. This place is very popular among fans of skiing and lovers of walks in scenic places. The park is equipped with several observation areas, from which people are able to enjoy the beauty of the city. Fort Calgary Historic Park is ... Open »

Culture guide to Winnipeg. Which fascinating sights to visit once you are in Winnipeg: temples, churches, museums, theaters and castles. Recommendations (with addresses, phone numbers and links) on the places 'must visit' in Winnipeg. Plan your own city excursion by using this page info!