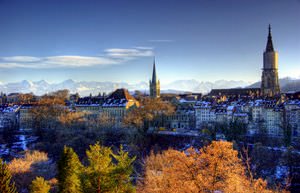 National holidays remain one of the main features of Bern. Each of them is distinguished by a large number of various traditions and customs. January 2 is the day when the locals celebrate day of St. Berthold (or the Foundation Day of Bern). Duke Berchtold V of Zähringen is considered the founder of the city. This significant event happened in 1191. In order to protect his possessions, the Duke decided to found a city on the bank of the river Aare. The name of the new city was also chosen by the Duke. According to an ancient legend, on the day of the city's foundation Berthold went hunting. He announced that the city would be named after the first animal he manages to hit. Thus, as the first prey of the Duke was a bear, the city got its name from the German word «ber» - a bear. Since then the bear has become the major national symbol. You can easily see its image on the coats of arms and other symbols.
Cuisine of Bern for gourmet with top restaurants and cafe
Restaurants of Bern will please their visitors by widest choice of culinary trends and categories. Here you can easily find elite institutions that will be loved by fans of exotic cuisine …

Open
The day of the city's founding is the time for mass festivities in Bern. As a rule, the celebration is accompanied by numerous performances, fairs and children's holidays. You will find numerous small stalls and coffee shops next to all main streets and squares of the city. These are the places where guests can warm up and drink delicious local beer. August 1 is the time for a no less vivid celebration - the national holiday of Switzerland. Of course, the brightest and most memorable holiday events take place in Bern – guests of the city will surely enjoy colorful parades, music concerts and fireworks. Festival of wine is, without a doubt, the most awaited and beloved event of the celebration. Tourists, who are lucky enough to visit the city on the day of the holiday, will be able to appreciate the scope and beauty of the national traditions in their full beauty.
Fresh rolls remain the main holiday festive food. You can get them in numerous outdoor cafes and bakeries of the city. In order to make the dish look even more festive and bright, the local chefs decorate them with small national flags. When night falls to the city, the locals kindle bonfires, around which festive activities continue until late at night. Then the night sky is lit up with thousands of sparkling lights – local residents of every quarter of the city and its suburban areas make magnificent fireworks. Swiss National Day is also one of the most beloved celebrations among children. According to an old tradition, each child should make a beautiful lamp in honor of the holiday. In the evening, when the locals go out to the city’s streets, these tiny lanterns can be seen literally everywhere. Copyright www.orangesmile.com
Excursion over cultural sights of Bern - 'must visit' points of interest
Start your observation of the city by visiting the local Historical Museum. It is located in a beautiful building stylized to the antique style. The museum resembles a dark gothic castle. …

Open
Another event accompanied by mass festivities is held in late February or early March (the dates depend on the celebration of Easter). This is Bärner Fasnacht, during which colorful parades, local cuisine tastings, vernissages, costume contests, processions are held. The culmination of the festival is a concert of monsters in Bundesplatz. A fair opens on Rathausplatz where you can buy quite original souvenirs. The event can be visited free of charge, however, there are also paid shows - thus, in the Old Town of Bern you can buy a ticket to see what is happening on a VIP-scene. 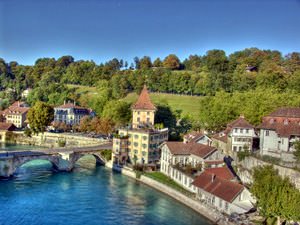 Internationales Jazzfestival is held in late January. In total, over 200 concerts of jazz music and mixed genres - funk, soul, and blues - take place here during this time. The event is very significant on the world stage and welcomes thousands of jazz fans from around the world every year. This is partly due to the fact that among its participants (in particular, headliners of the festival) are eminent and popular bands and performers, some of whom were awarded Grammy. The venue of the event is Unique Hotel Innere Enge Bern.
Your active city break in Bern. Attractions, recreation and entertainment - best places to spend your day and night here
Bern is famous for its nightlife. In this city you will easily find discos and nightclubs that suit absolutely every taste. Club Prestige is a popular holiday destination for young people. …

Open
The capital of Switzerland hosts a popular open-air festival, the name of which is Gurtenfestival. The genres you can hear range from punk rock to pop music. It's almost impossible to meet unfamiliar names among its participants, even among those who are not headliners. Therefore, needless to say, that in the middle of July Bern is visited by many tourists with a sole purpose of attending the festival. The venue is in Gurten Park. 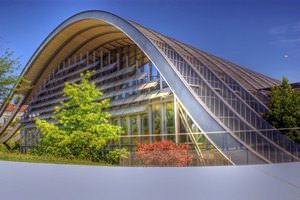 Buskers is the name of a 3-day street music festival taking place in early August. Central streets of the capital's historic Old Town serve as a venue for the event. The event invites all fans of improvised performances to listen to high-quality music. Genres that can be heard here suit every musical taste. In addition, you can enjoy some colorful shows - dance, circus and theatrical performances, and a special puppet theater program is prepared for children. The event is completely free.
Advices to travellers: what you should know while being in Bern
1. Many restaurants and shopping centers accept payments by credit cards of international standard, so you don’t have to take a lot of cash to the trip. If you need the local …

Open
Connoisseurs of art visit the capital of Switzerland in mid-March when the European Night of Museums is taking place. At this time, many cultural institutions are free of charge throughout the night, as you could probably guess from the name of the European event. And the number of museums in the so-called City Of Fountains is large enough to consider this event significant. In early November, in Langenthal, a small neighboring town, there is a design exhibition. The festival is held every two years at six different venues in the city (It goes without saying that a unique program is prepared for each scene). 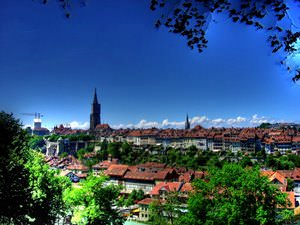 In mid-May, you can witness (or attend, of course) such a colorful sporting event as Bern Grand Prix. It is one of the country's largest marathons. Runners run through the Old Town, which means that besides being good for health, such an event still allows you to enjoy the beauty of the City of Fountains. And in the middle of June, there is another marathon - Swiss Women's Run Bern. Numerous ladies take part in the race and speed walking, and the city center is the primary venue. The event is positioned as a celebration for the whole family.
Extraordinary weekend in Bern - unusual places, services and attractions for travel gourmet
…

Open
As for fairs taking place in the capital of Switzerland, Onion Market traditionally held on Bundesplatz at the end of November deserves special mention. Here you can meet its countless varieties, as well as dishes prepared from it, including onion pies, onion sauces, cheeses containing this vegetable. The festival ends with an action interesting for children - throwing confetti. In December, it's time for a Christmas fair in the Old Town. Everything reminds of a festive event - incendiary lights, Christmas singing, the smell of traditional Christmas dishes immerse you in the magical atmosphere. Major city markets are on Munsterplatz and Waisenhausplatz.

This guide to traditions and festivals in Bern is protected by the copyright law. You can re-publish this content with mandatory attribution: direct and active hyperlink to www.orangesmile.com.
Bern - guide chapters 1 2 3 4 5 6 7 8 9 10 11 12 13

Cathedrals and basilicas near Bern
♥   Cathédrale Saint-Nicolas, Fribourg, 26.5 km from the center. On the map 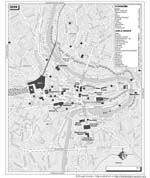 Colors of Bern in photos

Traditions and festivals in cities around Bern

Neuchatel
Fans of modern music would probably be interested in visiting the city in June when it hosts the Festi’neuch - Neuchâtel openair festival. It is held in the vicinity of the city at open-air concert venues. The Contemporary Music Festival was first organized in 2001, and now the number of its regular participants exceeds 40,000 people. The event takes place in an incredibly ... Open »
Interlaken
In the middle of June, Tellweg 5 hosts William Tell Open-Air Theatre Festival. Perhaps, this is the most interesting event in terms of authenticity and heritage. Visitors can see interesting reconstructed scenes of everyday life of common people. The festival is particularly dedicated to the period of Schiller’s William Tell. The whole view is so authentic and realistic ... Open »
Luzern
To take part in the mask parade one should just get a monster suit. Many city residents give preference to handmade suits meanwhile the city guests have a chance to buy a suit in one of the fest shops as a token of the Lucerne city visit. Apart from parades and grand marches, the Carnival also features a plenty of entertaining events, fairs and culinary battles. Exciting ... Open »
Basel
The end of October is the time for a large gastronomic fair, on which the local companies show off their products. Travellers really enjoy purchasing delicious Swiss cheese, dairy products and sweets from street vendors at very competitive rates. If you’re an art lover, the best time to visit Basel is June, when the city hosts the International Exhibition of Art. In the ... Open »
Montreux
Local people are funny and cheerful. They celebrate most of the holidays with love and on a large scale. All the holidays and festivals go hand in hand with noisy folk festivities, colorful parades, and street entertainments. Another interesting feature of local holidays is various contests and competitions. The locals have been interested in them since the middle ages. ... Open »
Crans-Montana
A compulsory holiday ritual is baking special man-shaped cookies Grittibänz, which are always sold at festive fairs. Many bakeries operating in the city conduct culinary workshops where they teach to bake this kind of cookies, absolutely everyone can participate. Since Crans-Montana is a typical winter resort, the main winter holidays are always approached with special ... Open »

Cityguide on traditions, mentality and lifestyle of people in Bern. Learn the best periods to visit Bern to discover its soul - authentic festivals, events and celebrations. We will also reveal the interesting habits, attitude towards the world and to tourists in Bern.