Preparing your trip to Quebec: advices & hints - things to do and to obey 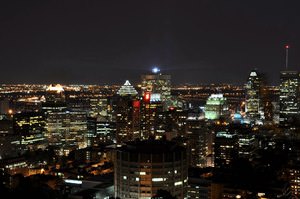 1. Tourists who plan to visit Quebec in winter have to consider their clothes precisely. Winters are quite cold and snowy, so the warm outfit and footwear is mandatory. Local residents have long been accustomed to severe frosts, so the weather doesn’t prevent them from having fun and celebrating many holidays.
2. Those who prefer to relax in more comfortable weather conditions are advised to go for a trip in autumn. During this period, the warm and dry weather reigns out there, so nothing would break plans, and tours would be comfortable.
3. Quebec is considered to be the quite safe and peaceful province, but travelers shouldn’t forget about basic measures of caution. In large cities pickpocketing is common, so you need to watch personal belongings closely and in no case leave them unattended.
4. Tourists are recommended to pay for purchases and services in national currency, despite the fact that many places accept payment in U.S. dollars. Currency exchange services are offered by numerous banks and private exchange offices; latter doesn’t feature the cheapest fee.
5. Quebec would certainly please those who like to bring many exciting souvenirs and gifts from vacations. Handicraft traditions are widespread, so interesting handicraft shops and souvenir stalls can be found almost in any city. The most popular gifts are things made of wood and ceramics, as well as cotton clothing. Copyright www.orangesmile.com
6. In winter, there are frequent heavy snowfalls in Quebec; those who plan to travel by car have to take this fact into account. Many roads are closed in winter, and some routes can be navigated only with snow chains.
7. In Quebec, as well as in other regions of the country, there are very strict laws regarding the sale of alcoholic beverages and tobacco products. You can buy them only in special stores; young people should have identity documents with them. The latest rule also applies to those who are planning to visit night restaurants, discos and clubs.
Guide to Quebec sightseeing - things to see and to visit
Quebec is the largest province in Canada. Charming Montreal and quiet rural towns, magnificent pine forests, lakes and waterfalls have made ​​the province a popular tourist destination. …

Open
8. Locals care about their unique natural resources; perfect cleanliness is maintained in all city parks and nature reserves. Going for vacation, you have to act in accordance with the established rules and throw garbage only in designated places.

Preparing your trip to Quebec: advices & hints - things to do and to obey You can re-publish this content with mandatory attribution: direct and active hyperlink to www.orangesmile.com.
Quebec - guide chapters 1 2 3 4 5 6

8. On the territory of "French" Canada - in Quebec, signboards and signposts are written in French. French is the language of communication in the region and the official language in the country on a par with English.
9. Canadians – a very friendly and affable nation. They do not show aggression and will not tolerate aggressive actions from visitors. Locals respect laws and rules of conduct and expect the same from the guests of their country.
10. The national currency of Canada is the Canadian dollar. You can exchange American money for them in large banks. An offer to exchange money outside the bank should be refused; a black market of currencies in Canada does not exist.
11. Alcoholic beverages are not sold in regular supermarkets; they can be bought only in bars or special stores. … Open

Tips for the cities around Quebec

Quebec City
2. Travelers, who plan to rent a car, should remember that traffic is very difficult in the old part of the city. Most of the local streets have one-way traffic only. You may also encounter problems when searching for a place to park. 3. Bus remains the most common form of public transport. The bus fare is approximately 2.5 dollars. Tickets are valid on all bus routes, and ... Open »
Ontario Province
2. Fans of beach holidays should definitely pay attention to resort towns of the province. Due to unique climatic conditions they are perfect for family holidays; almost all popular beaches are shallow. 3. Those planning to travel by trains have to consider that a significant portion of routes passes through the canyons. Such entertainment focuses more on thrill seekers ... Open »
Montreal
2. The city offers several tourist information centers which also provide tourists with useful data, leaflets and city maps. The largest tourist information center is the Infotouriste Centre. The office sells tickets for cultural events as well as informs on the exact dates and time schedule of every event. 3. Tourists looking for numerous sightseeing tours and excursions ... Open »
Ottawa
2. Alcohol drinks as well as tobacco goods are sold only in specialized stores. These types of products feature two rates – daytime and nighttime. In some stores these rates can sufficiently differ. It should be noted that tobacco goods and alcohol drinks are sold only to adults. That is why in order to avoid misunderstanding and troubles one should have an authorized ... Open »
Toronto
2. Those planning to rent a car have to remember about strict rules of the road and heavy fines for violations. During the trip, all passengers must fasten their seat belts; one of the most serious violations is driving while being drunk. 3. Toronto is a very cosmopolitan and welcoming city. Tourists always can ask local people or police officers who are on duty at all ... Open »
Niagara Falls
2. Tourists will find many restaurants and cafes representing various cuisines of the world. The most expensive ones are located on the main streets, so budget travelers should look for a good place to have lunch and dinner at some distance. 3. Not only nightclubs and bars, but also two high-class casinos are open in the evening. It must be said that interesting ... Open »

Travelling to Quebec - advices and tips. What should be provisioned in advance, the rules you might want to follow, and the things you better avoid doing in Quebec. We help you to make your trip smooth and easy, with no unexpected surprises.