Preparing your trip to Quebec City: advices & hints - things to do and to obey 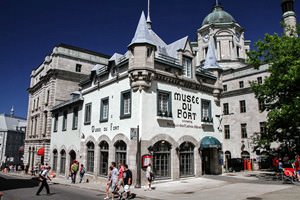 1. Bicycle remains the most popular form of public transport during warm months. Visitors will be amazed by a huge amount of special bicycle lanes in the city. As a rule, the lanes are open from April to October. You can easily reach almost any part of the city by bike.
2. Travelers, who plan to rent a car, should remember that traffic is very difficult in the old part of the city. Most of the local streets have one-way traffic only. You may also encounter problems when searching for a place to park.
3. Bus remains the most common form of public transport. The bus fare is approximately 2.5 dollars. Tickets are valid on all bus routes, and you can use them during two hours. Savvy travelers are recommended to buy a pass valid for one day. This will help to save on using the public transport.
4. The best time to travel to Quebec is the period from the beginning of September to the end of December. The weather during this period is mostly sunny and favorable. Winters in Quebec are very severe, and in summer the temperature is almost always around 35 degrees by Celsius.
5. Don’t forget to leave tips in local restaurants. A tip of 10% of the order will be enough. Some upscale dining establishments may include the service fee in the bill. Tips rarely exceed the amount of 15% of the total order. Copyright www.orangesmile.com
6. Gourmets should definitely try locally produced cheese. It is considered one of the best in the continent. It can be ordered in any restaurant of the national cuisine. The cheese can be bought in supermarkets, markets and specialty stores.
7. The city features a wide choice of hotels. In summer vacationers are also welcome to stay in student hostels. The cost of accommodation in such hotels ranges from 10 to 20 dollars a day. The longer the stay is, the cheaper the services of a hotel can cost.
Your active city break in Quebec City. Attractions, recreation and entertainment - best places to spend your day and night here
Quebec is a great place for a family holiday because the city is full of entertainment venues for all tastes. A visit to Aquarium Aquarium du Quebec will certainly become a very exciting …

Open
8. Tourists are recommended to take a copy of the identity document, as well as a hotel card, whenever they leave their hotel. This will solve any problems and will help to find your way to the hotel.
9. Visiting suburbs of Quebec is strongly recommended with a guide only. The central streets of the city are a safe place to walk, even in the evening.
10. The best way to visit museums and other cultural institutions is together with a tour group. In this case the cost of tickets can be much lower than for single users.

Preparing your trip to Quebec City: advices & hints - things to do and to obey You can re-publish this content with mandatory attribution: direct and active hyperlink to www.orangesmile.com.
Quebec City - guide chapters 1 2 3 4 5 6 7 8 9 10 11

What to visit being in Quebec City - unique sights 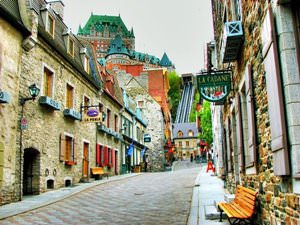 Distance from Quebec City center - 3.2 km.
The main feature of the historic district was numerous fortifications, which largely held back the pace of development of the city. Local residents have repeatedly advocated the demolition of the old fortifications, but the city authorities have been able to keep them intact. Due to that, the historic district of Quebec has retained its original appearance. The Citadelle of Quebec is considered the main symbol of the place. Its construction has begun in the 17th century. Its modernization continued until the 19th century. The Parliament building is situated nearby. Close to these, unique historical objects upmarket hotels and restaurants can be found. … Read further

The new variant of COVID-19 – Omicron – has put the entire tourism industry at risk once again. More and more countries are already imposing new travel restrictions or considering them in attempts to stop the spread of the virus. Malaysia and the Philippines have already completely banned the entry of all travelers coming from certain southern African countries. As the first cases of Omicron are reported in Hong Kong, Italy, the US, Australia, South Korea, and other countries, it is likely that we will see more travel restrictions in the coming weeks.

Tips for the cities around Quebec City

Montreal
2. The city offers several tourist information centers which also provide tourists with useful data, leaflets and city maps. The largest tourist information center is the Infotouriste Centre. The office sells tickets for cultural events as well as informs on the exact dates and time schedule of every event. 3. Tourists looking for numerous sightseeing tours and excursions ... Open »
Ottawa
2. Alcohol drinks as well as tobacco goods are sold only in specialized stores. These types of products feature two rates – daytime and nighttime. In some stores these rates can sufficiently differ. It should be noted that tobacco goods and alcohol drinks are sold only to adults. That is why in order to avoid misunderstanding and troubles one should have an authorized ... Open »
Massachusetts
2. It is convenient to travel around metropolitan area of the state by public transport. Those who expect to move a lot and visit distant cities are recommended to rent a car, as it offers travelers an opportunity to move freely throughout the territory of Massachusetts. 3. Local roads are usually relatively free of traffic. The fact is that the state's population density is ... Open »
Cambridge
2. The majority of hotels, restaurants, cafes and other public places are equipped with free Wi-Fi. However, some institutions may charge a small fee for this service. 3. Line supply voltage in the majority of hotels is 120V. Local hotels are equipped with the standard American-style wall sockets. Make sure to check the compatibility of the appliances that you plan to ... Open »
Quebec
2. Those who prefer to relax in more comfortable weather conditions are advised to go for a trip in autumn. During this period, the warm and dry weather reigns out there, so nothing would break plans, and tours would be comfortable. 3. Quebec is considered to be the quite safe and peaceful province, but travelers shouldn’t forget about basic measures of caution. In large ... Open »
New York
2. If you want to get to a museum or to a popular restaurant, you are highly recommended to check the availability of tickets of empty seats in advance. Ordering tickets to some excursions and booking tables in some institutions must be done in advance. 3. Do not enter empty wagons in the city’s subway. When you make a walk in the city, it is also recommended to stay ... Open »

Travelling to Quebec City - advices and tips. What should be provisioned in advance, the rules you might want to follow, and the things you better avoid doing in Quebec City. We help you to make your trip smooth and easy, with no unexpected surprises.