Preparing your trip to Ontario Province: advices & hints - things to do and to obey 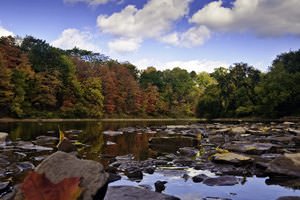 1. Greyhound Canada’s buses remain one of the best ways to travel Ontario, as they can get to other provinces. Bus routes cover more than a thousand settlements located in various parts of the country.
2. Fans of beach holidays should definitely pay attention to resort towns of the province. Due to unique climatic conditions they are perfect for family holidays; almost all popular beaches are shallow.
3. Those planning to travel by trains have to consider that a significant portion of routes passes through the canyons. Such entertainment focuses more on thrill seekers rather than those who prefer to enjoy scenic landscapes from the train’s window.
4. Tourists who plan to visit southern cities of the province have to take into consideration that this area is characterized by frequent rains. Winters are moderately cold, so it’s rainy all year round. The central and the northern part of the province are less wet.
5. Tourists who plan to travel by private car or to rent a vehicle have to consider several important features. The best network of roads is in the southern part of the province, but there are heavy traffic jams in big cities. The observance of traffic rules is controlled strictly Copyright www.orangesmile.com
6. The cultural life of the province deserves special attention, as during the year Ontario hosts more than one hundred major festivals of world scale. Fans of event tourism can go for a trip at any time, as they have a major chance to be guests at the next interesting festival.
7. Locals like picnics; latter are arranged at almost all city parks. Often there is a special area for a picnic in the park, but it’s better to clarify current rules in advance.
Guide to Ontario Province sightseeing - things to see and to visit
Ontario is one of the most interesting areas of Canada from a tourist point of view. More than two hundred wildlife sanctuaries, unique attractions and modern cities with numerous cultural …

Open
8. Bicycle is a popular form of transportation in major cities; there are special lanes for bicycles there. Numerous rental centers offer their services to foreign travelers, as bike remains one of the best modes of transport for fans of excursions.

Preparing your trip to Ontario Province: advices & hints - things to do and to obey You can re-publish this content with mandatory attribution: direct and active hyperlink to www.orangesmile.com.
Ontario Province - guide chapters 1 2 3 4 5 6

City tours, excursions and tickets in Ontario Province and surroundings

3. In each national park travelers will be able to rent a bicycle. This means of transportation is incredibly in demand in cities of the country.
4. Canada is a country of wild and untouched nature. Even in large cities you can find squirrels, raccoons on the streets, sometimes coyotes come to the roads. Animals cannot be caught or their livelihoods interfered with in any way.
5. In Canada, food is quite expensive and the prices of food in restaurants and cafes and supermarkets do not differ much from each other. Portions in cafes and restaurants are large, and therefore one dish is enough for 2-3 people.
6. The level of crime in Canada is low, but travelers should be careful in popular tourist places, especially at Niagara Falls. There you can meet with pickpockets. … Open

Tips for the cities around Ontario Province

Quebec
2. Those who prefer to relax in more comfortable weather conditions are advised to go for a trip in autumn. During this period, the warm and dry weather reigns out there, so nothing would break plans, and tours would be comfortable. 3. Quebec is considered to be the quite safe and peaceful province, but travelers shouldn’t forget about basic measures of caution. In large ... Open »
Winnipeg
2. Money should be exchanged in banks and special exchange offices only. It is better to avoid the services of individuals. Exchange rate and size of commission may vary significantly in different banks. 3. If you expect to do a lot of shopping, you are definitely recommended to prepare special documents that make you eligible for tax returns when you will leave the ... Open »
Minneapolis
2. The main types of public transport are buses and metro. Active tourists are recommended to buy special travel tickets that will let them save on trips. 3. In the city, there are several big cycling clubs where you can rent a bike. Here, you can also go on an excursion and buy detailed city maps with all the cycling routes described. 4. In the central ... Open »
Milwaukee
2. It is more interesting to admire architectural attractions in the evening. When it gets dark, many buildings are decorated with spectacular lights. 3. In Milwaukee, the most interesting festivals and holidays are held in summer. Most of the entertainment programs within them are free. 4. During the period between May and October, many museums and cultural ... Open »
Toronto
2. Those planning to rent a car have to remember about strict rules of the road and heavy fines for violations. During the trip, all passengers must fasten their seat belts; one of the most serious violations is driving while being drunk. 3. Toronto is a very cosmopolitan and welcoming city. Tourists always can ask local people or police officers who are on duty at all ... Open »
Ottawa
2. Alcohol drinks as well as tobacco goods are sold only in specialized stores. These types of products feature two rates – daytime and nighttime. In some stores these rates can sufficiently differ. It should be noted that tobacco goods and alcohol drinks are sold only to adults. That is why in order to avoid misunderstanding and troubles one should have an authorized ... Open »

Travelling to Ontario Province - advices and tips. What should be provisioned in advance, the rules you might want to follow, and the things you better avoid doing in Ontario Province. We help you to make your trip smooth and easy, with no unexpected surprises.