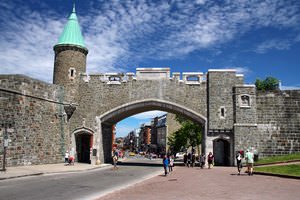 The vast majority of landmarks can be found in Quebec City and Montreal; these cities are sure to appeal to tourist fans. The most important historical site of the capital is the Citadel Wall; it is the only one facility of its kind on the continent.
Advices to travellers: what you should know while being in Quebec
1. Tourists who plan to visit Quebec in winter have to consider their clothes precisely. Winters are quite cold and snowy, so the warm outfit and footwear is mandatory. Local residents have …

Open
Ancient walls house several interesting cultural sites; the picturesque Latin Quarter and several museums telling visitors about the culture and traditions of the first inhabitants of these beautiful places are among them. A huge number of old buildings and churches have survived in Quebec City; it would take several days to explore religious attractions alone.
One of the oldest cities of the country is Montreal; its historic attractions number in hundreds. Visitors of the city would be interested to see the old Town Hall and the inimitable Notre Dame Church built in the early 19th century. The archaeological museum enjoys an immense popularity among tourists; holidaymakers would find the Museum of Fine Arts amazing too. In addition to historical monuments, Montreal represents a huge number of beautiful modern buildings, which can safely be called architectural masterpieces; one of the most spectacular constructions is the Olympic Stadium. The city has several luxury skyscrapers with excellent viewing platforms. Copyright www.orangesmile.com
Guide to Quebec sightseeing - things to see and to visit
Quebec is the largest province in Canada. Charming Montreal and quiet rural towns, magnificent pine forests, lakes and waterfalls have made ​​the province a popular tourist destination. …

Open
Vacationers would like the picturesque town of Laval. It is famous due to the Armand-Frappier museum with its exposition devoted to microorganisms. There is also the space study center, Cosmodome, which is open to the public and offers its guests a very interesting and informative program. 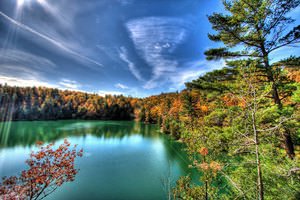 The permanent symbol of the charming town of Gatineau is the Canadian Museum of History; for many years, it has remained the most visited cultural center of the country. Its exhibition includes many unique archaeological finds attracting travelers from all corners of the world. The most important sight in Sherbrooke is ancient residence Vieux-Nord; the rue King Ouest is considered a single attraction.

In the section below, you can get one of our excursion, activities or city discovery tours over Quebec and surroundings. Our website offers 10-30% lower ticket prices, when compared to the offline purchase on the spot.

This guide to cultural sights Quebec is protected by the copyright law. You can re-publish this content with mandatory attribution: direct and active hyperlink to www.orangesmile.com.
Quebec - guide chapters 1 2 3 4 5 6

In Ottawa and the suburban city of Gatineau, there are historical buildings that make up the mainstay of the historical architecture of the whole country. In 1901, the building of the Royal Canadian Mint was built in the city, resembling a small but very impressive castle. In the building there is a museum open to visitors. In the heart of the city stands the Confederation building, built in the classical Gothic style. Opposite the Parliament Hill is the Langevin Building, which houses the Privy Council of the Queen of Canada. The building was built in Victorian style in the late 19th century. At Cartier Square there is another construction unique for Canada - the Manege, in which soldiers used to train. The Manege was built in 1879 and immediately became a local landmark. … Open

Photogallery of cultural heritage of Quebec

Excursions over cultural sights of neighbours of Quebec

Quebec City
The Citadel (La Citadelle) is the main symbol of Quebec and the sight of the international importance. The complex was built in the 17th century. Quebec is the only city in North America, where visitors can see walls of the ancient fortress. The length of the fortification is 5 miles. Vacationers are welcome to make a walk along the walls, listen to interesting lectures, and ... Open »
Ontario Province
One of the most beautiful cities of the province is Kingston. A huge number of old buildings and fortifications have survived on its territory. Windsor is famous for its beautiful parks; Cheese Factory Museum is also located there. Fans of Uncle Tom's Cabin are recommended to visit the nearby town of Dresden; this is where there is a house of Reverend Josiah Henson, who was ... Open »
Montreal
The Saint Joseph Boulevard will turn to a perfect place for hiking enjoying its scenic views. The boulevard features several old residences. The most significant spot of tourist attraction is considered to be the Church of Jesus Christ Child. Montreal features several dozens of museums telling the city guests about the history and culture of the city. Among numerous cultural ... Open »
Ottawa
Even though the theme of the museum lies in a rather serious domain the collection of the museum will be of great interest as for adults so for the youngest visitors. Ottawa exploration tour should necessarily include a visit of the Canadian Mint which has been running since 1908. Even though the main country mint is now located in Winnipeg, the mint of Ottawa continues the ... Open »
Bangor
Many unique elements of 15th-century decoration including oak-carved fragments have been preserved within the cathedral walls. On Sundays, you can listen to one of the oldest organs in the region here. A historic garden located next to the cathedral is of great interest too. Interestingly, all plants mentioned in the Bible were planted here. Not far from the cathedral is ... Open »
Toronto
Among historical attractions the Old City Hall is worth to mention. It was built in 1899; now City Court is situated here. On the shore of Lake Ontario there is the renowned cultural center Harbourfront, which became a permanent venue for various festivals and world-class events. Fans of natural attractions are recommended to participate in a trip to Niagara Falls located in ... Open »

Culture guide to Quebec. Which fascinating sights to visit once you are in Quebec: temples, churches, museums, theaters and castles. Recommendations (with addresses, phone numbers and links) on the places 'must visit' in Quebec. Plan your own city excursion by using this page info!