Preparing your trip to Oslo: advices & hints - things to do and to obey 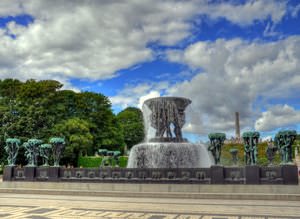 1. Vast majority of hotels, restaurants and shopping centers accept payments by international credit cards, so taking much cash is not necessary.
2. The weather in the city is quickly changeable all year round, so you should definitely take an umbrella with you when you plan to go for a long walk. Even in summer you should definitely take warm clothes with you because it can be pretty cool at night.
3. Travelling on suburban roads of Oslo independently is rather difficult. The roads here are very narrow and in some areas they resemble serpentine.
4. Drivers should keep in minds that either in the territory of the city or in its suburbs the roads are equipped with security cameras. Even the slightest excess of speed will be certainly fixed, and the penalty for violating traffic rules will be a large fine.
5. Prices in local hotels and restaurants are quite high, so those tourists, who are used to save during their holidays, will have to spend much time searching for a suitable budget hotel or a restaurant. Copyright www.orangesmile.com
6. The majority of nightlife entertainment venues close after 1 a.m., and only a third of clubs work until morning.
7. The city is very convenient for travelling by public transport. You can save more if you buy a special pass for buses or subway.
Oslo design-hotels for stylish travellers
One of the most attractive designer hotels in Oslo, Radisson Blu Hotel Nydalen, is open near the bank of the Akerselva River. The elegant design of the hotel is full of bright colors. There …

Open
8. It’s not common to catch a taxi on the road in Oslo. You can call it to a restaurant or a hotel, as well as to find a free taxi in one of the city’s parks.
9. The majority of shops and public institutions are closed on Sundays, and Saturday is considered a short working day.
10. Tourists are recommended to visit the city during Holmenkollen ski festival, which is one of the largest festivals in Europe of its kind.
11. Every year a large jazz festival takes place in Oslo in the middle of August. This festival is recommended for visiting by all fans of this music direction.

What to visit being in Oslo - unique sights 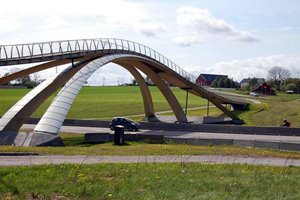 Distance from Oslo center - 39.9 km.
Hundreds of years later, the modern painter Vebjorn Sand, who later became the founder of the fund Leonardo Bridge Project, found the records Leonardo da Vinci 1996. Thanks to his support and participation, the remarkable bridge over one of the busy urban motorways was built 500 years later. The arch bridge, the length of which is only 50 meters, is intended only for pedestrians and cyclists. The height of the bridge reaches 10 meters. The bridge stretches over the important road E-18 connecting Stockholm and Oslo. The strange 'historical' bridge also has a different symbolic title - 'the Golden Horn'. … Read further 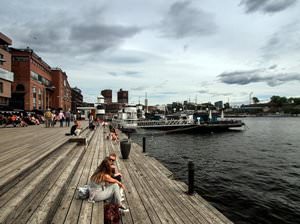 Distance from Oslo center - 1.6 km.
In 2014 the embankment was opened officially. The promenade has spread for 12 meters forward. The best designers’ offices worked up the plan of this place. The main peculiarity of this embankment is the usage of wonderful street furniture. Also, the Aker Brygge Waterfront has a lot of marvelous wooden constructions. There you will see spacious wooden grounds with comfortable stairs where you can relax. … Read further

Tips for the cities around Oslo

Larvik
2. In the vicinity of Larvik, there are several valuable mineral springs. Water from them is sold in local stores under the brand "Farris". 3. The city has a strict ban on smoking in public places. One needs to pay attention to special warning signs, not all restaurants provide special rooms for smokers. 4. The city is dominated by small hotels, so it's recommended to ... Open »
Lillehammer
2. The main form of public transport in the city is the bus. It'd be a good idea for active tourists to rent a car so that they can easily reach entertainment centers and attractions located in the vicinity. 3. Thrifty tourists should take into account that taxi services are quite expensive. Even if the trip lasts no more than five minutes, you will have to pay about 20 ... Open »
Goteborg
2. Guests of the city should not forget to take a map of the city in the local tourist office. The map indicates public transport routes and this will make a walk around the city even easier and more comfortable. Map and travel guide books are also offered in some hotels. 3. Gothenburg is famous for its luxury restaurants. By the way, not all dining facilities that offer ... Open »
Bergen
2. Entrance to museums, art galleries and other cultural institutions can be free several days a week. A full schedule of cultural events in the city and their entrance rates can be found in any tourist office. 3. Smoking in public places is prohibited in Bergen, so you should pay attention to the forbidding signs. As a rule, there is a special area for smokers close to ... Open »
Alborg
2. Despite the city's northern climate, winters are rather mild here. In January, the temperature can drop to -1 °C. It would be nice to visit Aalborg during the Christmas and New Year's holidays. 3. The most expensive and upscale Aalborg hotels can be found in the city center. Budget hotels and hostels located at a distance from the city's central square are popular ... Open »
Norrkoping
2. The city has its international airport, which receives most flights from Copenhagen, Munich, and Helsinki. Many people come to Norrkoping with a transfer in Stockholm - high-speed trains run between these cities. 3. The main form of public transport is trams by which one can easily reach any area of interest. You can purchase tram tickets at stops, and at the tourist ... Open »

Travelling to Oslo - advices and tips. What should be provisioned in advance, the rules you might want to follow, and the things you better avoid doing in Oslo. We help you to make your trip smooth and easy, with no unexpected surprises.