Sightseeing in Trondheim - what to see. Complete travel guide 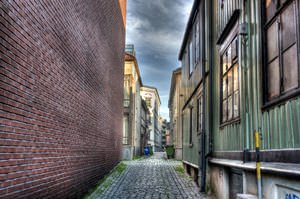 Trondheim can be called the cultural capital of Norway. This beautiful city cherishes the memory of important historical events. Its architecture is very different when compared to other Norwegian cities. It seems that a talented artist worked on creation of this city, carefully calculating each inch of spacious squares and picturesque streets.
Advices to travellers: what you should know while being in Trondheim
1. Young travelers intending to visit night clubs and order alcoholic beverages at local restaurants are sure to carry a copy of their passport. There are age restrictions on alcohol in all …

Open
Nidaros Cathedral is one of the major historical and religious buildings in the city. This is the oldest shrine in Scandinavia. The cathedral is made in the excellent gothic style more than ten centuries ago. The facade of the church is decorated with figures of kings and saints. Step inside and you will be amazed by massive columns. You will also see a niche filled with coins in the distant room of the cathedral. According to a tradition each visitor must put a coin in the niche and a wish, and it will definitely come true.
Another old building is the bridge named Gateway to Happiness, which features a magnificent panorama of the city. History Museum is the most frequently visited cultural institution of the city. This museum exhibits a rich collection of ancient musical instruments. Numerous concerts and performances often take place here, so visitors will not get bored. Copyright www.orangesmile.com
Cuisine of Trondheim for gourmet with top restaurants and cafe
Trondheim offers various dinning places and bars to its visitors. One of the tourists’ favorite places is the Glassgarden Brasseri & Grill restaurant serving local cuisine. Located …

Open
Lovers of nature should make a walk to Botanical Gardens. This is the most northern botanical garden in the world. It was opened in 1994 and immediately became the most amazing nature reserve not only in the country but on the international level as well. It’s impossible to find anything similar to it in any other country. The garden is open to visitors from May to October, when comes the Norwegian polar summer. Among the old buildings of the city we should also mention Archbishop's Palace built in the 16th century, the abbey and the ruins of a medieval fortress. Each of the buildings keeps numerous interesting stories and legends, which add a unique atmosphere of romance to the city. 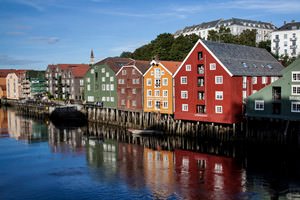 The ancient Troget market square is the starting point of many excursion programs. A high octagonal column which is crown by the statue of St. Olaf is its main decoration. Many beautiful historic buildings are located in the immediate vicinity of the square.
Authentic traditions, festivals and lifestyle of Trondheim inhabitants
Trondheim is a busy student city with a long history and rich culture. Its festivals and holidays are very popular among curious tourists. Every national holiday has a history; its rituals …

Open
Here is the ancient Bishop's Palace - an amazing medieval monument, which is unchanged from the time of construction. Nowadays, it houses a thematic museum dedicated to the most important historical events for the city and the country. 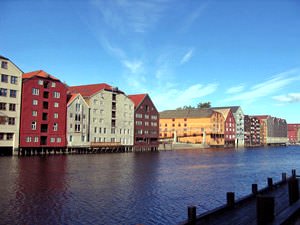 Houses on stilts are considered the most unusual architectural monuments. They were built in the 18th - 19th centuries and served as storage space. Almost all the buildings were completely destroyed during a major fire. Thanks to the old schemes, they were restored in full accordance with the original ones.
Excursion over cultural sights of Trondheim - 'must visit' points of interest
The city symbol and the national religious landmark is Nidaros Catherdral also known as Nidaros Domkirke. Construction of this huge and beautiful building has begun in 1070 and ran for …

Open
On a hilltop east of the city is the ancient Kristiansten Fortress, built in the 17th century on orders from General Caspar von Cicignon to defend the surroundings. The ancient fortress is a vivid example of the architectural Baroque style. It is perfectly preserved to this day. On the territory of the fortress, you can see a lot of buildings for different uses. A great panoramic view of the city opens around here. 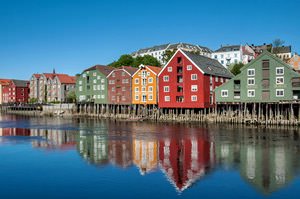 There is an excellent Natural Science Museum in the city, which is a complex of several thematic buildings. For the convenience of visitors, separate corps are opened there. They represent archaeological, mineralogical, zoological and botanical collections. An exhibition of religious art is constantly running on its territory. In the library, a collection of ancient manuscripts is kept.
Your active city break in Trondheim. Attractions, recreation and entertainment - best places to spend your day and night here
Dynamic and modern Trondheim has not only an abundance of amazing sights, but also a decent choice of entertainment venues. Hikers and fans of outdoor recreation like Ringve botanical …

Open
In the Ethnographic Museum you can learn about the culture and traditions of the indigenous population. The museum performs handicrafts, works of art, beautiful national costumes and household items. 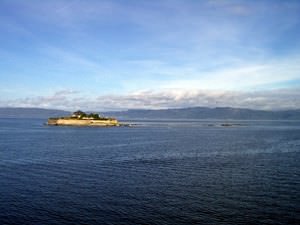 The Ringve thematic Museum occupies a beautiful historic building surrounded by a garden. It contains musical instruments from various countries of the world. Some exhibits are 100 - 200-year-old and incredibly valuable. In the garden, you can admire beautiful ancient sculptures.

This guide to iconic landmarks and sights of Trondheim is protected by the copyright law. You can re-publish this content with mandatory attribution: direct and active hyperlink to www.orangesmile.com.
Trondheim - guide chapters 1 2 3 4 5 6

City tours, excursions and tickets in Trondheim and surroundings

Shopping streets in Trondheim
♥   Shopping area ' Nordre gate' Trondheim, 2 km from the center. On the map

Survived castles around Trondheim
♥   Castle 'Kristiansten Fortress' , 1.2 km from the center. On the map

♥   Castle 'Sverresborg Castle' Trondheim, 3 km from the center. On the map

National and city parks around Trondheim
♥   National Park 'Skarvan og Roltdalen' , 58.6 km from the center. On the map

Nordland is a small town that is mostly famous for its magnificent waterfalls and mysterious caves. Travelers come to the town to see ancient drawings on the rock that belong to the prehistoric times. Trøndelag is a beautiful town that is famous for its medieval buildings - the Palace of Archbishop, St. Clement's Cathedral, Rein Abbey and Helge Farm. These are just a few famous landmarks that should be included in the excursion program of every traveler. … Open 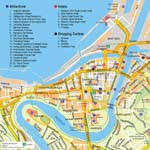 Search touristic sites on the map of Trondheim

Sightseeing in regions nearby Trondheim

Molde
The most unusual architectural structure of Molde is, perhaps, the local town hall, which was built in 1966. At a glance there is nothing unusual in this building; however, the most unusual part of the town hall is its roof as a beautiful rose garden is opened there. To admire the magnificent scenery from above, go to the Varden observation area. From this place visitors will ... Open »
Alesund
However, “every cloud has a silver lining”. Young architects from all over the world arrived in this part of Norway in order to restore the “dead” town. Thanks to efforts of many people, they could build a new town that was nothing like the ruined one. Alesund has become a lot more beautiful and interesting than it was before the blaze. New houses were stone ones – ... Open »
Lillehammer
Lillehammer is an amazing town, a famous Norwegian resort that is located on the bank of the Mjősa Lake. It got wide recognition after Winter Olympics that were conducted here in 1994. Starting from that time Lillehammer has become a traditional place for World Cup events. Just like all ski resorts, Lillehammer has its own ski stations -Hafjell, Skeikampen, Kvitfjell. Their ... Open »
Oslo
Fortress Akershus. Akershus Fortress belongs to the most important sights of Oslo. Built approximately in 1300, the fortress was used as a fortified royal castle. In 1592, the building was expanded and was turned into a defensive fortress. In the XVII century, after one more renovation, the building was turned into a palace of the Renaissance style with numerous solemn ... Open »
Bergen
The city was founded in 1070 on the shore of the bay by the king Olav Kyrre. Several decades later a huge castle Bergenhus made of stone was built here. This town is widely known by its splendid moderate climate. Bergen traditionally attracts large number of visitors. Tourists are attracted not only by the climate and nature of this place, but also by the large number of ... Open »
Larvik
Larvik is popular by picturesque stone beaches and left waning ices. Tourists, who like wild nature, will get ultimate pleasure from attending this place. The nature of Larvik is soaked in romanticism and attraction. It makes people starting adventures and trying to get acquainted with this world. Many famous researchers and travellers have been born in Larvik. Among them is ... Open »

All about Trondheim, Norway - sightseeings, attractions, touristic spots, architecture, history, culture and cuisine. Prepare your trip together with OrangeSmile.com - find out the 'must see' things in Trondheim, which places to visit, which excursions to take, where the breathtaking views are waiting for you. Planning your trip with this travel guide will help your to get the most out of Trondheim in few days.