Sightseeing in Lillehammer - what to see. Complete travel guide 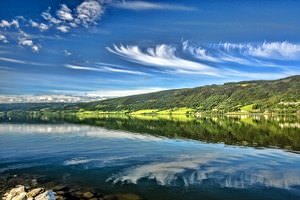 Lillehammer is an amazing town, a famous Norwegian resort that is located on the bank of the Mjősa Lake. It got wide recognition after Winter Olympics that were conducted here in 1994. Starting from that time Lillehammer has become a traditional place for World Cup events. Just like all ski resorts, Lillehammer has its own ski stations -Hafjell, Skeikampen, Kvitfjell. Their height estimates 200, 800 and 750 meters respectively. The top of the each peak features an amazing panoramic view of the town and the valley in which it is located.
Cuisine of Lillehammer for gourmet with top restaurants and cafe
Most Lillehammer restaurants specialize in traditional Norwegian cuisine. The latter was greatly influenced by harsh climate prevailing the region. For many years, seafood has remained a key …

Open
In Lillehammer one can attend Museum of Ethnography under the open sky. The museum features ancient wooden facilities of Norway (185 houses); a museum of Art that exhibits best works of Scandinavian painters Tidemand, Talou, Munk, Krog; and Museum of Vehicles that features such a precious exhibits as the oldest vehicle of the museum, Wartburg, built in 1889, various carts, horse carriages, Canadian sledges, cabriolets and a separated hall devoted to the history of the railway.
Tourists, who like active rest, may enjoy visiting “Hakon” sports center. It features various types of sports. You may also spend nice time in Jorekstadt aqua park. The most popular night clubs of Lillehammer are Brenneriet that has a good restaurant and Marcello that has enough space for 250-300 visitors. Smaller cafes of Lillehammer are no less popular. For example, Dance and Bingo feature live music. Copyright www.orangesmile.com
Authentic traditions, festivals and lifestyle of Lillehammer inhabitants
Lillehammer began attracting tourists relatively recently, after the Winter Olympics that was held here in 1994. Today, most tourists primarily associate it exclusively with winter …

Open
A very interesting religious monument is the Ringebu Stave Church. This is the oldest religious building in the city and its environs. The church was founded in the 13th century. The main building material for its construction was wood. Up till now, the old wooden church has remained practically unchanged, which makes it a unique monument of national importance. Within the walls of the church visitors can see many old icons, as well as other accessories. 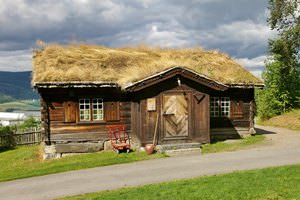 In a miniature building with a tiled roof, whose facade is painted in bright red color, there is a very interesting Postal Museum. At its entrance, you can see several miniature red cars. It was on such cars that the city delivered mail several decades ago. The opening of this original museum took place in 1947. Its collection is very diverse and includes a variety of subjects, related to the development of postal business one way or another. The pride of the museum is a rich collection of stamps. To visit it will be interesting especially for collectors.
Excursion over cultural sights of Lillehammer - 'must visit' points of interest
Besides sports facilities of the Olympic level, Lillehammer is attractive for a variety of cultural and historical attractions. Here you can plan an exciting excursion program. The …

Open
The most unusual and interesting cultural institution is the Aulestad estate. Its first owners were the world-famous artist, Björnstjerne Björnson and his wife Karoline. At present, their descendants still own the historic estate. A few years ago the estate was converted into a museum. The atmosphere of the past was completely preserved. Among the priceless exhibits of the museum, are antique furniture and dishes, works of art and belongings of its former owners. The museum has an excellent restaurant and a small hotel for tourists who decide to stay longer in this romantic place. 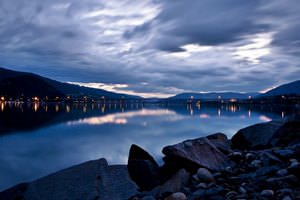 Another landmark of national significance is the Sigrid Undset’s Home Bjerkebaek. From 1919 to 1949, this beautiful house belonged to the famous writer Sigrid Undset, who is a Nobel Prize holder. Now, the building is an interesting museum dedicated to the life and work of the writer. Its visitors will be able to appreciate the setting of the mansion, which has remained unchanged since the middle of the 20th century. After the excursion, visitors of the museum can look into an interesting souvenir shop. An old house is located in a picturesque garden, which will be interesting to walk in, in spring and summer.

This guide to iconic landmarks and sights of Lillehammer is protected by the copyright law. You can re-publish this content with mandatory attribution: direct and active hyperlink to www.orangesmile.com.
Lillehammer - guide chapters 1 2 3 4 5 6 7 8 9

City tours, excursions and tickets in Lillehammer and surroundings

National and city parks around Lillehammer
♥   National Park 'Langsua' , 35.4 km from the center. On the map

Sights around Lillehammer from our guide 'Extreme places on Earth' 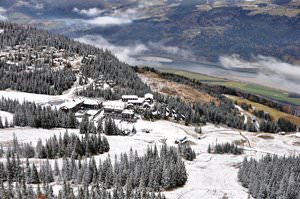 Distance from Lillehammer center - 42.6 km.
The health resort Kvitfjell is a real sporting attraction in Norway. He was founded in 1994 at the Olympics in Lillehammer. Just a few years later its infrastructure became perfect. Today, more than 20 slopes, including three 'black' are available to spa guests. Kvitfjell has an excellent hotel infrastructure as well as the first class ski school and is therefore not only recommended for the professionals but also for beginners. A few years ago, the sports infrastructure of the health resort was supplemented by the new skicross slope, whose extension is 650 meters. This difficult descent with sharp curves and ski jumping hills is used by the Norwegian downhill course as a training place. … Read further 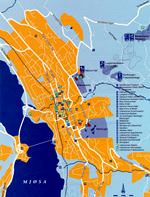 Search touristic sites on the map of Lillehammer

Sightseeing in regions nearby Lillehammer

Oslo
The city has the full right to be called the cultural capital of the region. In Oslo you will find a lot of interesting museums, unique architecture and stunning works of art. The city’s Town Hall with its unusual towers is a wonderful example. Tourists are also recommended to visit the historic Akershus Fortress and the cozy Aker Brygge embankment . The embankment is ... Open »
Larvik
Larvik is popular by picturesque stone beaches and left waning ices. Tourists, who like wild nature, will get ultimate pleasure from attending this place. The nature of Larvik is soaked in romanticism and attraction. It makes people starting adventures and trying to get acquainted with this world. Many famous researchers and travellers have been born in Larvik. Among them is ... Open »
Molde
It seems that this town is simply created for unhurried walks. The symbol of the city is a fountain called "The Girl with Roses”, which is located near the town hall. An interesting fact about Molde – you will really see so many roses in this town even though the climate here is rather severe. The sculpture in the center of the complex of fountains depicts a beautiful girl ... Open »
Trondheim
Nidaros Cathedral is one of the major historical and religious buildings in the city. This is the oldest shrine in Scandinavia. The cathedral is made in the excellent gothic style more than ten centuries ago. The facade of the church is decorated with figures of kings and saints. Step inside and you will be amazed by massive columns. You will also see a niche filled with coins ... Open »
Alesund
It is possible to reach Alesund by airplane. There is an airport in the area that is situated approximately 20 minutes by car from the center of the town. It is also possible to reach the town from Oslo by bus. The bus connecting these two settlements goes twice a day. However, the journey won’t be very fast – it takes approximately 10 hours to reach Alesund from Oslo by ... Open »
Bergen
One of the sights of this city is Bergen embankment. This is a beautiful, original and romantic place that traditionally attracts many people. Bergen Cathedral is not only an important historical, but also a religious sight. Also don’t forget to visit medieval castle Bergenhus and its famous Hakon hall that has managed to survive through centuries in its pristine condition. ... Open »

All about Lillehammer, Norway - sightseeings, attractions, touristic spots, architecture, history, culture and cuisine. Prepare your trip together with OrangeSmile.com - find out the 'must see' things in Lillehammer, which places to visit, which excursions to take, where the breathtaking views are waiting for you. Planning your trip with this travel guide will help your to get the most out of Lillehammer in few days.