Religions and languages in Norway 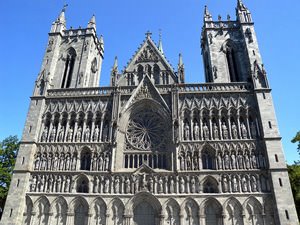 The official languages ​​in Norway are Norwegian and Sami. Norway is part of the former Scandinavia, which is why the canons of the Old Norse language played a highly significant role in the formation of the linguistic direction of the local population. It should be noted also that the formation of the Danish and Swedish languages ​​also occurred on the same basis of Old Norse language. This is why they are so similar to modern Norwegian. Many Norwegian dialects have even adopted various phrases and expressions from Danish and Swedish, safely introducing them into their language.
State construction and political life of Norway
In Norway, the constitutional monarchy reigns. Power is inherited by the eldest son or daughter. The Head of the Country is the King or Queen. …
Read further
Despite the fact that the status of the official national language is Norwegian, there are in fact, two fundamentally different forms of the language used within the country. At the same time, both forms are almost evenly distributed among the speakers, and are used even at the official level when signing documents and publishing literature. Many experts have noted that the reason why there has been no contradiction for such a long time between the respective speakers of these two dialects of one language is because of its consolidation at the official level. Such aspect of Norwegian language, like Bokmål, began to develop actively during the middle Ages. It was used exclusively by the elite sections of society. The Nynorsk on the other hand, was created only recently, at the very beginning of the 19th century. It is now called “modern Norwegian” and is based on various dialects of the western part of Norway. Ivar Osen, a well-known linguist, carried out some great works in this linguistic direction.
In addition to the two main forms of Norwegian, many provinces employ other dialects and languages. Among the most popular dialects is riksmol and høgnorsk. Despite the fact that their bearers constitute a fairly large percentage of the local population, the authorities did not bestow the status of regional language on either of these two linguistic units. They are however still allowed to be used in official documents, in the media and literature. The Sami language, which has the status of a state language, is fundamentally different from Norwegian. It is based on the Finno-Ugric language group. To date, the natives of this dialect are more than 20,000 Norwegians, and this is despite the fact that the total population of the country is just over 4.5 million people. Copyright www.orangesmile.com
Norway economy - strengths, wealth and problems
Norway’s economy depends on the world economic cycles, but in recent years it has maintained a remarkable stability. To date, this Scandinavian …
Read further
As for the religious landscape in the country, the dominant religion is Lutheranism. In Norway there is no distinction between the state and the church, but the Constitution of the country establishes the right to freedom of religion for every of her citizen. According to data for the past year, every 8 local residents out of 10 are regular parishioners of the Norwegian State Church. Despite the fact that the joint work of the State and the Church is supported in the Country, Norwegians do not like to practice their religion publicly. Mass religious holidays are not held on the territory of the country. Statistics show that less than 10% of the population goes to church and other religious activities more than once a month. 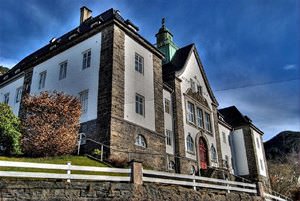 In addition to the followers of Luther’s evangelical teachings, representatives of other religious communities also live in Norway. They account for less than 6% of the total population. It should be noted that in Norway, various religious denominations exist in agreement with each other, such that there is no open hostility among one another. Nevertheless, the influence of the West is increasingly felt among young Norwegians. Many people no longer regard faith as a necessary aspect in the state system. At the moment, more than 6% of the local population does not profess any religion, and half of this number regards themselves as complete atheists. The largest public and religious movements that are not subject to the state Norwegian church are the Pentecostal movement, the Roman Catholic Church, Methodists and several other separate religious directions.
Unique sights of Norway from our series 'Extreme places on Earth'
These spots really worth the attention of a real traveler-researcher. …
Read further
It is worth noting that Christianity was introduced into the country around the beginning of the 11th century AD. The fact is that trade contacts were during this period established with various European countries that were believers of the Christian faith. A rather bigger role was played by the Vikings’ campaigns. The Anglo-Saxon Church was trying to conduct serious missionary work, while the ally countries of Germany and Denmark contributed to the fact that in all countries of Scandinavia, the worship of nature became the traditional religion. It is worth noting that these religious principles were once key to all Sami. To date, many schools have introduced a course of general education in religion.

Photogallery of iconic places of Norway

Trondheim
Citizens still remember their brave and wise king and after thousands of years dedicate this holiday to his memory. King Olaf's remains are enshrined at Nidarosdomen; Norwegians treat king as their patron saint. The festival runs for ten days and embraces lots of events. Open air concerts, competitions and Medieval-decorated shows are held during holidays. The City Fair is another festival tradition. Nowadays Fair takes place next to Bishop's Palace and offers a huge choice of souvenirs and … Read more

Bergen
Residents of Bergen celebrate a large number of interesting national holidays. Independence Day, which is celebrated on May 17, is one of the most popular ones. On this day all main squares of the city host large festivals, theater performances and concerts. You can see cozy open-air cafes right in any step. Guests are offered to try various sweets and ice cream, but children are usually more attracted to colorful toy stores. According to one of the city’s old traditions high pillars are set … Read more

Lillehammer
Despite such a vivid manifestation of the inner world, young people have great respect for representatives of the older generation. Lillehammer inhabitants may seem rather slow to many foreigners. Don't be surprised if the service in a store or a restaurant is a bit slower than usual. Such behavior is not at all a sign of hostility or neglect but a reflection of one of the national character traits. Locals are known for their calm temperament, so it is not customary to raise voice here. … Read more

Molde
During the opening of the festival, the “jazz parade” is held in the main city streets. There are over twenty platforms for jazz bands’ performances. Remarkably, famous performers, as well as young bands, take part in the fest. Here, the guests of the oldest jazz festival in Europe can have fun, take themed tours, attend conferences, enjoy interesting street performances, and buy souvenirs. The locals are quite discreet and modest and can seem strange to many foreigners. People … Read more

Larvik
Wood carving and various types of artistic craft also remain relevant in spite of the modern rhythm of life. The variety of traditional crafts can be appreciated not only in museums - even restaurants in Larvik can bring a lot of interesting discoveries. Some restaurants representing traditional regional cuisine are decorated with wonderful handicrafts. Utensils are equally special here, knives and forks are often adorned with elaborate carvings. Skilled blacksmiths have been living in the … Read more

Norway: traditions in the regions