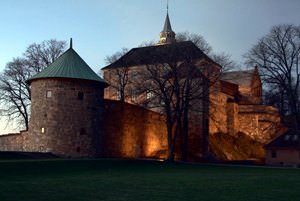 Norway’s economy depends on the world economic cycles, but in recent years it has maintained a remarkable stability. To date, this Scandinavian country is characterized by a fairly high standard of living of her local population. Norway is one of the few countries in the world that has most easily survived the huge financial crisis that hit the world almost 10 years ago. Today, the country demonstrates a positive development dynamics. Most of the stability of the Norwegian economy is associated with significant reserves of oil and natural gas and even gas condensate in the country. Experts also note that Norway has a lot of reserves of iron ore and coal, copper ore. In addition, nickel and titanium mining are in progress.
State construction and political life of Norway
In Norway, the constitutional monarchy reigns. Power is inherited by the eldest son or daughter. The Head of the Country is the King or Queen. …
Read further
Special attention should be paid to the country’s oil and gas industry. Significant energy resources initially gave a tremendous impetus to the development of this small state. The increase in oil revenues at the end of the last century made it possible for Norway to merge two of its well-known companies – Norsk Hydro and Statoil. Today, the giant that was created as a result is quite a big competitor of the Russian Federation in the European market. After all, a significant part of the oil production is exported.
In addition, ferrous and non-ferrous metallurgy is developing. The country produces Zinc, pure Copper, and Magnesium. Also, there are in the country, local economic mainstay factories focused on mechanical engineering and shipbuilding that have been set up. At the same time, the latest branch of manufacturing in Norway was recently ranked 7th place in the world in terms of quality and quantity of manufactured products. Electro technical engineering received great development. The development of the woodworking industry, as well as the continuous expansion of pulp and paper mills, is due to the presence of a large number of forests on the territory of the country. Last year, Norway was the fifth largest producer of paper in the world, despite its rather modest territorial size. Particular attention is paid to the fish processing industry, which has developed due to the territorial location of the country. Copyright www.orangesmile.com
The soul of Norway - religions and languages
The official languages ​​in Norway are Norwegian and Sami. Norway is part of the former Scandinavia, which is why the canons of the Old Norse …
Read further
The food industry as well as the textile industry, is also developed. Absolutely all industries are constantly being modernized, innovative technologies are being introduced into production, and therefore any products manufactured in Norway are inevitably competitive, even though not all of them necessarily enter the world market. Today, the country’s economy can be described as very balanced. This is due to the integrity of Government and the emphasis it places on domestic development and beneficial international cooperation. As for the Country’s agricultural sector, it is also characterized by quite high indicators, but above all, it should be noted that the products from this sector are mainly for domestic consumption. 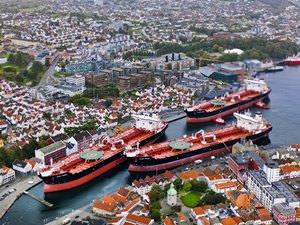 The focus of Agriculture is on livestock breeding, so meat and sour-milk products are more than adequate to completely cater to all the needs of the local population. Of course, the excess is exported. Because of the mountainous terrain of the country, food cultivation, including the production of cereals is not so well developed. What is produced locally only makes up less than half of what the country needs. But, in spite of this, conditions were created for the growth of many vegetables and fruits in the countryside which not only satisfies the needs of Norwegians, but are exported. It should be noted that the tourism industry in Norway has been actively developing in recent years. Although, to date, the revenue generated does not exceed 7% of GDP. Specific weather conditions, coupled with incredible beauty of the country contribute to an annual increase in the number of tourists that visit the country. Accordingly, the level of service delivery is also increasing.
Unique sights of Norway from our series 'Extreme places on Earth'
These spots really worth the attention of a real traveler-researcher. …
Read further
The primary objectives of the current policy of Norway are aimed at achieving the highest level of employment of the local population. To date, the network of state employment centers maximally helps citizens of the country with employment. At the same time, many companies invest in the training of newly hired employees, and also send those already working for advanced training courses in accordance with innovative technologies. Today, the number of employed people in the country has risen to 2.2 million people. GDP per capita is more than 90,000 dollars. The inflation rate by last year’s data was 4%, and the key rate is kept at the figure 0.6%. The public debt to date is 31% of GDP.

Oslo
Without a doubt, Aker Brygge waterfront is the prime destination for upscale shopping in the city. There are more than 60 shops there, including quite expensive designer boutiques that offer clothes and accessories. Moreover, there are more than 30 restaurants and cafes on Aker Brygge. After shopping, guests of the city can relax in the nearby cinema. It’s important to mention that Oslo waterfront is a pedestrian zone, so it’s delightful and comfortable to walk there. Many travelers choose … Read more

Bergen
The Fish Market can be easily called one of the most picturesque city's places. Even those who are not going to cook for themselves during their rest should visit it. This market offers a chic choice of seafood from already known to all marine species to huge crabs and lobsters. If you fail to withstand the tempting delicacies, you can buy your favorite seafood and ask the local chefs to grill it. Right on the territory of the market, there are several open cafes, where sea delicacies are … Read more

Alesund
There are many attractive shopping malls in the town. AMFI Moa is one of the largest malls in Alesund. In this mall, you will find dozens of different clothing and shoe stores, including shops of popular Scandinavian brands. At AMFI Moa, you can find quality winter clothes, attractive sportswear, and active recreation gear all year round. One of the largest bookshops in the town is also open here. Many tourists visit it to purchase attractive postcards, photo albums, and brochures with … Read more

Lillehammer
Those who are fond of ice skating and skiing would be interested in G-Sport specialty store. It offers excellent skates from the world's best manufacturers, skis for both adults and children, as well as high-end sportswear and protective accessories. This store is often visited even by professional athletes and coaches. Among the variety of shopping centers operating in the city, Norsk Flid Husfliden stands out. Stores located here specialize in the sale of goods produced exclusively in … Read more