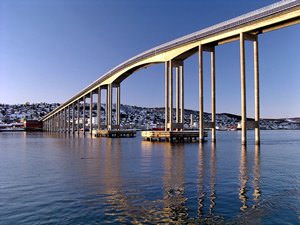 In Norway, the constitutional monarchy reigns. Power is inherited by the eldest son or daughter. The Head of the Country is the King or Queen. However, his power is purely a formality. The King is obliged to attend any ceremonies and state events of the highest level, as well as represent his country on the international arena. In addition, it is the King’s responsibility to hold weekly meetings in conjunction with the state council, which acts as the Government. However, such meetings are also purely formal. The Head of the executive branch is the Prime Minister. As part of his manifesto, the Prime Minister embodies all the wishes of the King of Norway and participates in the deliberation and subsequent resolution of the most important state issues.
Norway cultural sights. What to see?
The laconic northern architecture and the world-famous “Scandinavian style” buildings draw in an impressive stream of tourists to the country. In …
Read further
Sixteen ministers are subordinate to the Prime Minister, with each of them heading his/her respective department. The State Council bears overall responsibility for certain adopted political decisions, although each minister can separately express his disagreement with any opinion of the majority. Each deputy gets into office as minister of their respective department through the statement of a leading party in the country or a coalition. After the candidates have been approved, special competitive tests are conducted to ascertain whether a particular deputy is capable of occupying a position in the Cabinet of Ministers.
Legislative power in Norway belongs to the Storting. To date, it includes more than one thousand five hundred deputies. Each of them occupies office for a period of 4 years. Candidates are nominated from each region. It is worth noting that absolutely every member of the Storting has his own deputy, that way the legislature always respects the opinion of all its members. After the elections are held in the Storting, in which all adult citizens who have lived in the country for at least 5 years participate, the Storting is divided into two chambers. The first chamber is made up of a little over 40 people. As a rule, all bills are considered and approved jointly by the two chambers. However, in the case of contradictions, two thirds of parliamentary votes would be required to approve the draft. Copyright www.orangesmile.com
Things to do in Norway - active leisure
Severe and seemingly quiet Norwegians forget about everything when it is weekend or a day off. Join now! Snowmobiling on the Spitsbergen Island is …
Read further
Geographically, Norway is divided into nineteen regions, with the capital of the country, the city of Oslo, having the status of region. Each region, in turn, is divided into districts, the so-called communes. District council is the first level of the self-government. Deputies get into its structure by direct voting of citizens and they get to stay in office for a period of 4 years. The local governments of Norway are endowed with enormous powers. They even regulate the issues of taxation and financing. The Police of each district are however under the chain of command of the state department, and not to the local self-governmental bodies. There is a multi-party political system running in the Country, and Norwegians are very fond of discussing serious political problems. Despite the factual opposition of various party platforms, conflicts in the country are very rare, and there have been no mass clashes on political grounds for the last several decades. 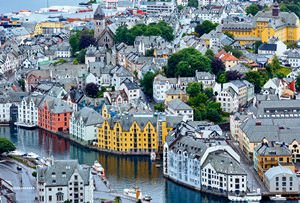 To date, the government is formed by representatives of such parties as the Christian Democratic Party, and the Liberal Conservative Party. The Liberals have to some extent, got a very significant place in the political arena of Norway; after all, its deputies once introduced the canons of parliamentary democracy to the country. The Armed Forces today comprises of more than 80,000 personnel. In addition to the land forces in the country, there is the naval force, as well as the air force. Some units of the Norwegian Armed Forces are active in peacekeeping missions. There is a compulsory call in the country for men between the ages of 20 and 45. Everyone within this age range should serve from half a year to a year in the ranks of the Norwegian Army Forces, and a year and three months in the naval forces or in the ranks of the Air Force.
What you need to know about Norway prior to visit - advices
1. When going on a trip, please be sure to grab sneakers and sports clothes. To begin with, this is how majority of the population of the country take …
Read further
The Country’s Foreign Policy is aimed at developing relations with neighboring countries. Norway is an active member of the Northern Council and was the initiator of the European Free Trade Association. Despite the fact that Norway maintains a fairly close relationship with Sweden and Finland, the Norwegians decided against joining the European Union at a general referendum 23 years ago. Up until now, this decision remains unshakable. Norway also maintains some diplomatic relations with the United States of America. For example, 15 years ago, as part of the American coalition, Norwegian troops participated in the Iraqi mission.

Photogallery of famous places of Norway

Trondheim
Citizens still remember their brave and wise king and after thousands of years dedicate this holiday to his memory. King Olaf's remains are enshrined at Nidarosdomen; Norwegians treat king as their patron saint. The festival runs for ten days and embraces lots of events. Open air concerts, competitions and Medieval-decorated shows are held during holidays. The City Fair is another festival tradition. Nowadays Fair takes place next to Bishop's Palace and offers a huge choice of souvenirs and … Read more

Bergen
Residents of Bergen celebrate a large number of interesting national holidays. Independence Day, which is celebrated on May 17, is one of the most popular ones. On this day all main squares of the city host large festivals, theater performances and concerts. You can see cozy open-air cafes right in any step. Guests are offered to try various sweets and ice cream, but children are usually more attracted to colorful toy stores. According to one of the city’s old traditions high pillars are set … Read more

Lillehammer
Despite such a vivid manifestation of the inner world, young people have great respect for representatives of the older generation. Lillehammer inhabitants may seem rather slow to many foreigners. Don't be surprised if the service in a store or a restaurant is a bit slower than usual. Such behavior is not at all a sign of hostility or neglect but a reflection of one of the national character traits. Locals are known for their calm temperament, so it is not customary to raise voice here. … Read more

Molde
During the opening of the festival, the “jazz parade” is held in the main city streets. There are over twenty platforms for jazz bands’ performances. Remarkably, famous performers, as well as young bands, take part in the fest. Here, the guests of the oldest jazz festival in Europe can have fun, take themed tours, attend conferences, enjoy interesting street performances, and buy souvenirs. The locals are quite discreet and modest and can seem strange to many foreigners. People … Read more

Larvik
Wood carving and various types of artistic craft also remain relevant in spite of the modern rhythm of life. The variety of traditional crafts can be appreciated not only in museums - even restaurants in Larvik can bring a lot of interesting discoveries. Some restaurants representing traditional regional cuisine are decorated with wonderful handicrafts. Utensils are equally special here, knives and forks are often adorned with elaborate carvings. Skilled blacksmiths have been living in the … Read more