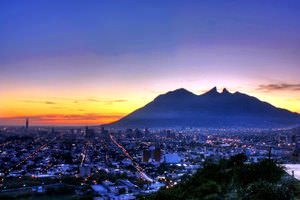 In Monterrey, a great variety of interesting entertainments awaits travelers, who can visit some of the most beautiful parks and reserves out there. Listed among the most notable ones is Chipinque Park, which received the status of an ecological reserve a few years back. Within its territory, a unique ecosystem has been preserved, with rare species of plants and animals for tourists to observe during excursions. A sizeable part of the park lies in a complex mountainous area, and hidden in its most innermost areas are beautiful waterfalls and geological formations.
Shopping in Monterrey - main shopping streets, outlets and boutiques
All shopping fans should appreciate a large selection of malls located throughout Monterrey, with Esfera Centro Comercial arguably being the most eye-pleasing and fashionable one. The …

Open
Within the city itself, you can find the unique park complex El Parque Fundidora (a.k.a. Fundidora Park), considered one of Mexico's most beautiful parks. It was opened in 1988 and currently covers an area of about 120 hectares. Once, a large metallurgical plant was located here, which lost its relevance over the years and was eventually closed. Some of the industrial constructions were preserved during the formation of the park, now rendering its appearance truly unique. Dozens of entertainments are to be found on the park's vast territory, including a modern exhibition center, several museums, and an ice rink. In the warmer months, sports facilities and playgrounds for children are installed here and multiple cultural events are held. The park is an interesting place to visit at any time of year, but its beauty is fully revealed in spring and summer.
The zoological park Bioparque Estrella is another interesting spot for nature lovers. Not only is it indescribably beautiful, but it also is a habitat for rare animals. This park is home to a large population of elephants, rare birds, and other exotic creatures. The habitat for animals here is as close as possible to natural, so it's really captivating to observe their behavior. A considerable percentage of visitors to this park are locals and tourists with children. Copyright www.orangesmile.com
Guide to Monterrey sightseeing - things to see and to visit
Monterrey is considered the richest city in the country; sometimes it is also named the North Sultan. Today this is a large tourist and shopping center and so the offices of all major …

Open
There are several curious theme parks in Monterrey too, worth visiting for both children and adults. The colorful Loroventura Park is located in an incredibly beautiful natural area and has entertainments to every taste. It offers its visitors an interesting site with models of prehistoric animals, where you can take spectacular pictures, and quad bike excursions. There is also a large pavilion with parrots, and visitors are even allowed to feed them and hold them on their hands. One of the most popular entertainments is the show with lemurs. Performances and fascinating workshops for children are held daily as well. 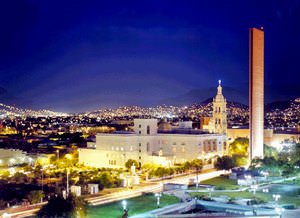 Young children will be thrilled by the Plaza Sesamo amusement park, dedicated to the famous children's show "Sesame Street." Here, kids are entertained by a team of animators dressed in costumes of famous TV characters. The park has playgrounds and rides for children of all ages, with trampolines and inflatable slides offered for the smallest of the family. For adults, the park has comfortable recreation areas and a great caf.
Family holidays with kids in Monterrey. How to entertain your child, things to show to children.
Monterrey is ideal for those who prefer outside activities and sightseeing tours, as the city is rich with places of interest. Parque Plaza Sesamo theme park is particularly popular among …

Open
Monterrey is famous for its numerous casinos, the largest and most popular of which is the Casino de Monterrey. Located in a restored historic building with its unique architectural elements preserved, it offers gamblers a variety of gaming tables, roulette options, and modern slot machines. For those who aren't keen on gambling, the casino offers an excellent bar with a rich selection of drinks. During the warmer seasons, an open terrace with tables is installed on the roof of the historic building. The Paradise Casino can boast a stylish and modern setting and an unrivaled multiplicity of slot machines.

The city has many nightclubs and bars, Country Sound Bar being popular with both tourists and locals. Here, you can chill and have a glass of your favorite beer; also, football matches and other sporting events are frequently broadcasted in the bar. The Macarena Club's visitors can indulge in its rich selection of treats and beautiful design. In the warmer months, some of its tables are set up on outdoor terraces, so that visitors can watch sports broadcasts outdoors. Fans of exotic cocktails, modern music, and fiery dancing are sure to enjoy the club. It offers curious themed events several times a week, including sports broadcasts, performances by contemporary artists and DJs, theme parties, and discos.

This guide on active recreation and leisure in Monterrey is protected by the copyright law. You can re-publish this content with mandatory attribution: direct and active hyperlink to www.orangesmile.com.
Monterrey - guide chapters 1 2 3 4 5 6 7 8 9

National and city parks around Monterrey
♥   National Park 'Cumbres de Monterrey' , 25.1 km from the center. On the map

Search for active leisure and attraction spots on Monterrey map

San Antonio
The Brackenridge Eagle Miniature Train Park is the place where visitors will have a great time in the fresh air. It is quite a large and well-maintained park where visitors can make a ride in a colorful tram. Both children and adults are in love with Brackenridge Eagle Miniature Train. The SeaWorld Water Park is also one of the most popular venues that are open all year ... Open »
Austin
Many of the local entertainment centers will be of interest not only to families with kids but also to adult travelers. A great example is Altitude Trampoline Park, which is mostly visited by local youth. Here you can have plenty of jumping and have fun all day long, the more so as a nice cafe serves visitors in the entertainment center. The city has many attractive cinemas ... Open »
Guadalajara
Fans of nighttime entertainment are recommended to visit local clubs and discos, which organize interesting and energetic parties almost every evening. Cantina La Fuente night club is located just several minutes on foot from the city center. The club has become an attractive place of rest for most diverse audience. Popular music, cozy atmosphere and a rich choice of ... Open »
Houston
Those who want to have some horse walks are recommended to visit the Sam Houston Race Park. It has its own riding school and can offer its customers a lot of interesting routes passing through the most beautiful places of the city and its surroundings. Sports enthusiasts will appreciate the large selection of stadiums and arenas, where baseball and other sport play-offs are ... Open »
Texas
Guadalupe National Park is attractive too; it has got its name in honor of the highest point of the state, Guadalupe Peak. The park is an incredibly beautiful oasis with hundreds of hiking trails; McKittrick Canyon is considered one of the main natural attractions of these places. Active tourists would like Houston, as it is full of various sports centers. Houston Zoo is ... Open »
Mexico City
Mexico City will be surely liked by fans of nightlife. The choice of colorful discos and clubs is more than good here. The most prestigious nightlife facilities are located in such districts as San Angel, Polanco, Coyoacan, La Zona Roza and Condesa. The majority of popular nightclubs are located near large hotels. Here you will find cozy bars and various restaurants. Club ... Open »

Guide to your best city break in Monterrey - popular places for recreation and leisure. Things to do during the day in Monterrey - attractions, parks, beaches, aquaparks, racing tracks, biking trails or waterski. Recommendations (with addresses, phone numbers and links) where to spend your time in the evening (bars, discos, clubs, etc.). We share some good ideas and the question 'What to do in Monterrey?' disappears immediately.