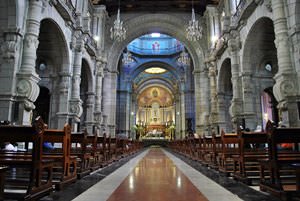 Merida is one of the oldest cities in Mexico. Tourists are attracted by sunny weather that is the most typical for this place during whole year. In ancient times the Maya settlement named Ichkaanziho, which literally means "city on five hills", was located on the site of a modern city. For several hundreds of years this city was the cultural center of the Maya. During the construction of first settlements the Spanish colonists used the stones that had remained from ancient buildings.
Cuisine of Merida for gourmet with top restaurants and cafe
The formation of traditional Merida cuisine was greatly influenced by Spanish and Indian gastronomy. At city restaurants, they serve a lot of interesting seafood and vegetable dishes. …

Open
The historic center of Merida is decorated with beautiful old buildings, among which we should definitely mention the Main Cathedral. During the tour guides will surely show you those old rocks, which are also present in the walls of the cathedral. Another architectural landmark, which has survived since middle ages, is the remains of the fortress gates and walls. Once they symbolized the entrance of the city and today the territory of the city has gone far beyond these restrictive gates. Besides historical monuments Merida is rich in museums, exhibitions, and galleries. In some of them you can see the exhibition of works by contemporary painters and sculptors, while others will tell you about the city's history and development. Like any ancient city, Merida keeps a rich collection of archeological artifacts that can be seen by anyone.
While visiting modern movie theaters, restaurants and bars, you'll be amazed by the amazing contrasts of the colonial buildings. Many hotels are opened in old houses, but inside they are beautiful design complexes equipped according to the latest trends in technology. Merida features numerous cultural programs and attractions for visitors of this magnificent place. Tasting of local specialties, walking on the ancient streets of Merida, sightseeing and beautiful legends that shroud the city's history - this is only a small part of activities that should be included into the program of any traveler. Copyright www.orangesmile.com
Authentic traditions, festivals and lifestyle of Merida inhabitants
Merida delights its guests with a variety of interesting festivals that are held throughout the year. The most colorful and popular with tourists is the annual carnival taking place at the …

Open
The best place for hiking is the historic Paseo de Montejo Boulevard. At the end of the 19th century, the most prosperous townspeople built their luxurious mansions on this street. Many architectural monuments of colonial times have survived to this day. An even greater charm is given to the boulevard by the ancient trees. Presently in the historical buildings are the most prestigious hotels and restaurants in Meridaas well as famous entertainment venues. 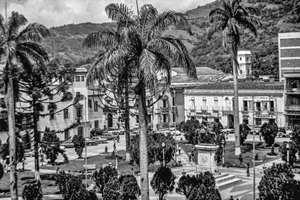 On the boulevard is located the magnificent Palacio Canton, which is now the site of the Regional Museum of Anthropology. Within its walls is a rich collection of historical exhibits dedicated to the culture and life of the indigenous inhabitants of Yucatán. A significant part of the exposition is devoted to the Mayan culture. Among them, one can see unique cult artifacts and priceless finds of archeologists.
Excursion over cultural sights of Merida - 'must visit' points of interest
Merida has preserved unique monuments of colonial times, which now form the unique architectural appearance of the city. In the heart of the historic district is the wonderful Catedral de …

Open
One of the main historical symbols of Mérida is the Casa de Montejo Mansion, the oldest building in the city that was built in 1542. From the moment of construction until the 70s of the 20th century, this mansion belonged to the Montejo family. Now it has a museum and a cultural center. In the mansion, environment of the past was maximally preserved. A collection of antique furniture, household items and works of art, as well as belongings of former owners, are preserved in it. 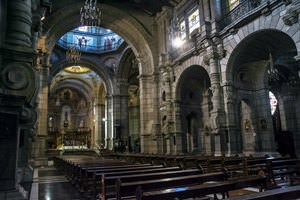 The greatest architectural monument is the Palacio de Gobierno Palace, within which government offices of the State of Yucatán are now located. Part of the palace is open to visitors. Here travelers can admire the frescoes of the famous artist Fernando Castro Pacheco, as well as appreciate the historical setting preserved in the palace. The palace has a large information center for tourists, where one can find out about the planned cultural and recreational activities in the city.
Your active city break in Merida. Attractions, recreation and entertainment - best places to spend your day and night here
Active tourists will surely appreciate Merida, which is rich in natural attractions and entertainment centers. The city can offer Parque Zoologico del Centenario, which will be interesting …

Open
Not far from the main cathedral is the Museum of Contemporary Art Ateneo, which features works by the most famous artists and sculptors of the State of Yucatán. The second floor of the museum is used for temporary exhibitions and master classes. Here tourists can learn how to weave hammocks and paint ceremonial Maya masks themselves. Many people visit the exhibition center specially to buy interesting handmade souvenirs.

This guide to iconic landmarks and sights of Merida is protected by the copyright law. You can re-publish this content with mandatory attribution: direct and active hyperlink to www.orangesmile.com.
Merida - guide chapters 1 2 3 4 5 6 7 8 9

National and city parks around Merida
♥   State Park 'Lagunas de Yalahau' , 53.8 km from the center. On the map 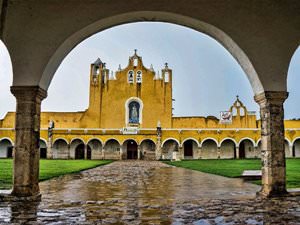 Distance from Merida center - 62.3 km.
Several years ago, the city government made up a decision to repaint all houses in the historical part in general colour. They did it for tourist attraction. Earlier the city wasn’t popular among travellers. They visited the nearby cities and didn’t pay attention to this place. Thanks to the challenging idea of the government, nowadays the Mexican Yellow city is the place of the global significance. Near the ancient monastery have placed the most ancient Kinich Kak Mo pyramids. More than that, you can walk in the archaeological areas in the suburbs. … Read further

Campeche
There is an airport in Campeche that accommodates both international and domestic flights. It is also possible to get to this city from other cities in Mexico, such as Merida, Cancun or Palenque. The ride from the latter one will be approximately five hours. When you reach the bus station in Campeche, it is better to get a taxi because the distance to the city center is ... Open »
Playa del Carmen
The 5th Avenue is considered the central street of the town. All main shopping and entertainment centers, as well as hotels, new restaurants and bars are located here. During you walk you can dine in one of the local restaurants where you will be offered to try traditional Mexican dishes, or choose souvenirs in one of the local shops. The resort is also famous for its ... Open »
Cozumel Island
According to scientists, thousands of years ago the Maya have founded a place of worship dedicated to the goddess Ixchel. The archaeological area is situated in the heart of the island surrounded by impenetrable jungle. During the study, scientists have found several stone statues of Ixchel, which confirmed the version about jungles as the largest religious site. One of the ... Open »
Cancun
The beaches of Cancun are exceptionally clean, so scuba diving has become the main entertainment for tourists. Just imagine when the weather is still, the visibility under water reaches 100 meters! Here divers can fully enjoy the beauty of underwater life, look at wonderfully beautiful fish and colonies of cay. Here is also located Black Cay, the famous destination among scuba ... Open »
Belize City
The area near Belize City is famous as one of the centers of the Mayan civilization. There are many Mayan ruins scattered across the country. One of them, Altun Ha, is located only 31 miles from Belize City. Many tourists also enjoy visiting Caracol. There are always tourist groups here who come to see the remaining ruins of the ancient city. Local woodcutters, who were ... Open »
Villahermosa
If you want to know more about the history of the city, you should visit Museum of the History of Tabasco that exhibits several collections of historical values found mainly during excavations. Besides observing historical places of interest you can make a walk to Plaza de Armaz, around which are located picturesque parks, small shops and restaurants. People, who are keen on ... Open »

All about Merida, Mexico - sightseeings, attractions, touristic spots, architecture, history, culture and cuisine. Prepare your trip together with OrangeSmile.com - find out the 'must see' things in Merida, which places to visit, which excursions to take, where the breathtaking views are waiting for you. Planning your trip with this travel guide will help your to get the most out of Merida in few days.