Sightseeing in Cozumel Island - what to see. Complete travel guide 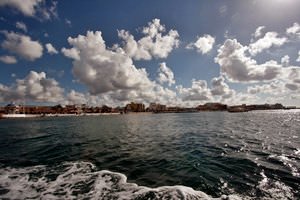 Cozumel is the Mexico's largest island and the center of attraction for hundreds of thousands of tourists from around the world. Beach goers and divers are attracted by the island; the world's largest coral reef, the length of which is more than 700 kilometers, can be found there. A significant part of the island is occupied by the unique nature reserve, so hiking fans are sure to enjoy a vacation. The island has well-developed tourist infrastructure and offers tourists to appreciate the diversity of historical monuments; many of the local attractions are quite uncommon.
Your active city break in Cozumel Island. Attractions, recreation and entertainment - best places to spend your day and night here
During your holidays on Cozumel, spend a few hours visiting Discover Mexico Park. There are miniature copies of all the famous attractions of the country on its territory. The Park itself …

Open
Several thousand years ago, the Maya have lived on the island; the large-scale coral reef has got its name in honor of the first settlers. The most famous and visited attraction in Cozumel is Parque Chankanaab, the unique natural and historical reserve that would take more than one day to explore. Mayan ruins have survived in the park; prehistoric buildings were restored as accurately as possible. Their surroundings are just great; a huge amount of rare animals and birds live in the park; various flora can be found there too. The park features a great dolphinarium that represents an unforgettable experience for the whole family.
The capital of the island is the picturesque town of San Miguel; it was founded relatively recently, in the mid-19th century. Despite the modest age, the town is famous for abundance of interesting historical and cultural sites. The starting point for all excursions is the central square with tower clock. The age of later is over a hundred years; since the beginning of the 20th century, it’s the main symbol of the capital. San Miguel offers excellent conditions for hiking. The picturesque Parque Benito Juarez is worth visiting and strolling along the waterfront; it was founded in 1935. Copyright www.orangesmile.com
Best beaches and recreation areas around Cozumel Island
Cozumel is the recognized diving and water sports center; thousands fans of beach activities flock there. In 1961, Maya Reef has attracted attention of Cousteau team; since then the amazing …

in San Miguel is the biggest and the most visited the cultural center. The main part of its exposition is also devoted to the Maya; in addition to archaeological artifacts, visitors can see a rich collection of natural science and geological exhibits. Visiting major archaeological areas should definitely be included in the recreation program. There are ten large-scale archaeological areas on the island; the most interesting among them is San Gervasio 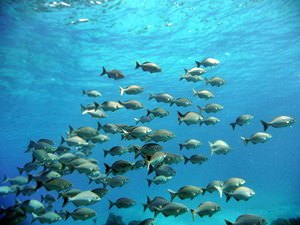 According to scientists, thousands of years ago the Maya have founded a place of worship dedicated to the goddess Ixchel. The archaeological area is situated in the heart of the island surrounded by impenetrable jungle. During the study, scientists have found several stone statues of Ixchel, which confirmed the version about jungles as the largest religious site. One of the most mysterious island's attractions is the Temple of Small Arms. It has got its original name for a reason; many small handprints in red were found on the inner walls of the ancient temple. According to one version, the temple was dedicated to the god of war called Ah Hulneb that, in addition to all, was the patron of Cozumel. The excursion program offered by the picturesque island is very diverse and amazing.
Top hotels in Cozumel Island for business trip or short vacation
Choice of hotels on Cozumel is just great, so apartments and resort-style hotels are widespread there. Many visitors of the island are interested, first of all, in beach holidays, so …

Open
Everyone who likes diving or only dreams of trying it should visit Cozumel. Close to the island, there are the most interesting diving sites in Mexico. Divers can see unique coral tunnels, the giant Barracuda reef, and several vertical walls. There are suitable diving sites for both beginners and experienced divers. Vacationers, who do not want to dive, can still admire the beauty of the underwater world. They are welcome to attend special excursions in a boat with a transparent bottom. 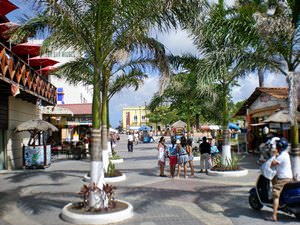 Fans of traditional beach recreation should not forget that there are not that many beaches that are suitable for swimming on the island. The majority of them have a rocky surface. In recent years, several lounge parks have appeared on the island. The entrance is paid, so, for a small fee, vacationers can relax in a comfortable way there. Playa San Francisco and Playa Palancar are the most popular and comfortable beaches of the island. The eastern part of Cozumel has mostly shingle beaches with high waves, so this part of the island attracts numerous surfers, but there are not many suitable beaches for the usual sunbathing and swimming.

This guide to iconic landmarks and sights of Cozumel Island is protected by the copyright law. You can re-publish this content with mandatory attribution: direct and active hyperlink to www.orangesmile.com.
Cozumel Island - guide chapters 1 2 3 4 5 6 7 8 9

National and city parks around Cozumel Island
♥   National Park 'Arrecifes de Cozumel' , 0.2 km from the center. On the map

Sights around Cozumel Island from our guide 'Extreme places on Earth' 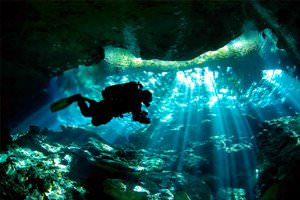 Distance from Cozumel Island center - 66.4 km.
Almost all Ox Bel Ha runs are under the water. Some underground currents are directly connected with the Caribbean. At present the divers have studied about 100 km of the underground galleries. It was found that these great underground currents affect the formation of landflora and fauna. The variety of exotic plants and animals in the coastal regions is due to the subterranean underground caves. … Read further 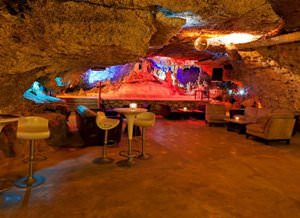 Distance from Cozumel Island center - 20.1 km.
The main disadvantage of the bar, according to the visitors' opinion, is wet and thick air. The underground cavern is 10 meters under the ground. To get there the visitors have to overdo a special stone ladder. Special conditioning systems were set there up to make the optimal ventilation. It is impossible to use modern powerful air conditioning systems in the cave, they can destroy it. … Read further

Search touristic sites on the map of Cozumel Island

Sightseeing in regions nearby Cozumel Island

Playa del Carmen
Even a few decades ago Playa del Carmen was one of numerous fishing villages – a totally unremarkable and secluded place. The reason for the sudden growth in the number of newcomers was in divers who found this place while moving from Playa del Carmen to Cozumel Island. The vacationers were so amazed by the quiet picturesque coast that they decided not to return to noisy ... Open »
Cancun
This resort has become the most visited on in the Caribbean region. Cancun is famous for its magnificent beaches and large number of historical monuments that are left here since Maya Indians. The beaches of Cancun are exceptionally clean, so scuba diving has become the main entertainment for tourists. Just imagine when the weather is still, the visibility under water reaches ... Open »
Merida
Merida is one of the oldest cities in Mexico. Tourists are attracted by sunny weather that is the most typical for this place during whole year. In ancient times the Maya settlement named Ichkaanziho, which literally means "city on five hills", was located on the site of a modern city. For several hundreds of years this city was the cultural center of the Maya. During the ... Open »
Belize City
Besides relaxing on the warm white sand, this beach has an interesting attraction – Indian ruins. To make a vacation here even more pleasant and stop making long rides from Belize City and back, vacationers can always rent a room in a comfortable local hotel. There are luxurious rooms for upscale tourists and less expensive ones for budget-conscious guests. Caye Caulker ... Open »
Campeche
The Our Lady of the Immaculate Conception Cathedral or just Campeche Cathedral is one of the main landmarks of the city. The beautiful building was erected in the name of the Virgin Mary, the mother of Christ. This is a gorgeous church in the Spanish Baroque style that is typical for the 16th and 18th centuries. Two bell towers form the entrance to the building. These towers ... Open »
Roatan
A wonderful island with sandy beaches and picturesque green hills, Roatan is famous for beautiful reefs and gentle sun. Up to 1502 the live on the island was quiet and measured, until the first European stepped on its shore. It was Christopher Columbus. The Islanders were captured by colonists from Spain and were sent to Cuba, where they had to work on plantations. In less than ... Open »

All about Cozumel Island, Mexico - sightseeings, attractions, touristic spots, architecture, history, culture and cuisine. Prepare your trip together with OrangeSmile.com - find out the 'must see' things in Cozumel Island, which places to visit, which excursions to take, where the breathtaking views are waiting for you. Planning your trip with this travel guide will help your to get the most out of Cozumel Island in few days.