Nature of Belgium - national parks and reserves for active recreation 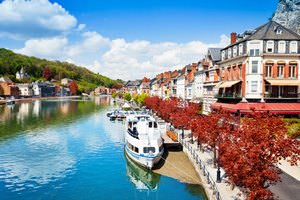 Belgium is located in the western part of the European continent. It has shared borders with France, the Netherlands and Luxembourg. The north-western border of the country is washed by the North Sea. The territory of the state is mainly represented by plains that become higher in the direction from the north-west to the south-east. The territory of Belgium can be divided into 3 natural landscape areas. In the northwestern part of the country, there is a sandy plain. In the center of Belgium lies a plateau, which is a hilly area. In the southeast of the country, the Ardennes Mountains begin, smoothly moving into the territory of neighboring France. In the Ardennes is to be found the highest point in Belgium – Mount Botranzh, which is 694 meters in height. More than half the area of ​​Belgium is set aside for farming. About 20% of the Belgian territory is occupied by forests. An extensive network of rivers is connected by numerous channels. They are convenient for shipping, as they are not covered by ice during the winter due to the moderately warm maritime climate.
What to see and what to visit in Belgium with children
You will find it convenient to relax with the whole family in Belgium because the country offers a variety of leisure options for both adults and …
Read further
The Zwin Nature Reserve is located near the border with the Netherlands. It is spread over an area of ​​1.5 square kilometers. The reserve is located on the site where shallow sea bay used to be. Today it is a whole range of marshes and salt marshes. Founded in 1952, Zwin was simply a paradise for birds. The marshland is chosen by about 100 species of birds for nesting. Tourists not only from Belgium but also from many European countries come to see the birds in their natural habitat. The best time to visit Zwin is in spring when the nesting period is around the corner. Only 30% of the reserve’s territory is open to visitors. Walking in Zwin is possible only along special paths, so as not to disturb the unique eco-environment.
One of the pieces of Belgian nature undisturbed by man is the “High Marsh” national nature reserve. Founded in 1957, this reserve is today the largest in the state. Its high marsh can be seen stretching over the eastern border of the country. The task of creating a reserve was to ensure the protection of the plateau and the preservation of tender bogs’ ecosystems as well as the fauna representatives inhabiting them. The entire territory of the reserve is covered with marshes and peatlands. Due to Peat moss growing here, which becomes peat over time, the high marsh has created an ideal environment for a comfortable habitat for many unique plants and ferns. Some fens are over 10 thousand years old. During the winter period, the slopes of the reserve turn into one of the country’s best ski resorts. Visitors are only allowed to stroll through the reserve on foot. Nevertheless, the local tourism center offers ski rentals in winter, and bicycles or horses in the warm season. Copyright www.orangesmile.com
Shopping in Belgium - best shopping places, what to buy?
As in any other European country, there are many shops, markets, shopping centers and boutiques in Belgium. Guests of the country will easily get into …
Read further
The first national park Hoge Kempen, which was opened in 2006 in Flanders, is a special pride of the Belgians. Its territory covers the land of 6 municipalities and is about 5000 hectares. The entire reserve is composed of pine forests that grow interspersed with green meadows. The place where sand and gravel were mined previously has now become an impressive lake, remarkable in size. All the beauty of the park can be seen by rising to the natural heights of Hoge Kempen, which is a little less than 100 meters. The reserve has become a habitat for such rare animals as a slippery snake, European bee wolf or antlions. You will also come across a roe here. You can have a view of the most beautiful places in the national park by going for a walk along one of the hiking routes. Their length is varied and ranges from 3 to 14 kilometers. In specialized stalls, there is an opportunity to buy a map, on which walking or cycling routes have been marked. 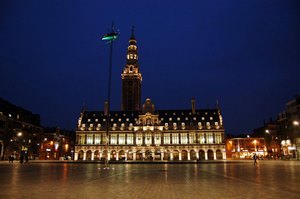 On the North Sea coast in the town of Koksijde, there is a nature reserve called Hoge Blekker. It covers an area of ​​18 hectares. The highlights of the reserve are sand dunes, each of which has its own name. The reserve itself is named after the largest dune on the entire Belgian coast. It goes as high as 33 meters into the sky. Many dunes in the reserve have an impressive age. The time of their formation has been recorded to be the period between the 16th and 19th centuries. The dunes have a horseshoe shape, elongated in the direction of the wind. You will find various crops growing between the dunes. This became possible due to the use of fish chitling as fertilizer by local farmers. To prevent the dunes from expanding into the surrounding islands, various shrubs and low trees were planted around the perimeter. On the territory of Hoge Blekker is grown elderberry, blackthorn, hawthorn, and sea buckthorns. You can walk around the reserve at any time, but only along special paths. Separate routes have been equipped for tourists who wish to move around on bicycles. 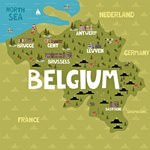 Cultural sights in regions of Belgium

Brussels
Beautiful Cathedral of the Virgin Mary, built in the early 14th century, is an important historical landmark of the city. Its walls are home to old statues. Many interesting legends are connected with these statues and you will definitely hear them during your excursion. Church of Sacre Coeur is one of five largest religious monuments in the world. The building of the church was completed only in 1960 - it lasted more than a hundred years. The number of chapels in the basilica represents the … Read more

Brugge
Christ the Savior Cathedral is another bright religious landmark. It was founded in the middle of the 7th century. It is natural that nothing has remained from the original building. During the centuries of its history the church has survived in four fires, and has suffered greatly during the French Revolution. The cathedral, which travelers can see today, was built in the end of the 15th century. Talking about religious things, we simple can’t fail to ignore and the Jerusalem church. The … Read more

Antwerpen
During an excursion to Maritime Museum visitors can learn much interesting about the development and establishment of the local port area. The location of the museum is also very interesting – you will visit a beautiful Steen Castle, so this place of interest is attractive not only as a museum but also from an architectural point of view. The museum’s collection consists of a number of interesting exhibits connected with sailing. You will also find here some beautiful models of ancient … Read more

Oostende
Considering religious landmarks and sights of the city of Oostende, the Capuchin Monastery Church (Kapucijnenkerk) is a must visit place. The church was established in the beginning of the 17th century. The building of the landmark features unique architectural style. The exploration of the architectural sights of the city of Oostende can be added with a tour to the Spanish House (Spaans huisje). The house was built in 1741 and is now the oldest building on the territory of the city. The … Read more

Gent
Among the religious attractions of the city we should definitely mention Saint Bavo Cathedral, in which has survived an ancient tomb made in the Romanesque style. Visiting the cathedral will be interesting to not only connoisseurs of medieval architecture, but also to fans of painting. The halls of the church are decorated with beautiful frescoes and paintings, which depict the patrons of the city and its great rulers. Talking about religious sights of this place, it is definitely worth … Read more

Spa
Ancient springs are not the only historical pride of Spa. Excursion enthusiasts should certainly walk along the streets and admire historical constructions surviving. A lot of magnificent constructions built in different ages are situated close to De l’Hôtel de Ville. Exactly here, the building of the old town hall, Hôtel de Ville, is located. Initially, in the beautiful building built in 1868 there was one of the most upscale hotels of the town. High officials and representatives of … Read more

Liege
A really unique sense is put in the heart of this creation of architectural art – it symbolizes the love of life and life energy of the city folks. The fountain is placed a few steps apart from the Town Hall. Traditionally all the city visitors should toss a coin into the fountain. The city has also preserved the ancient religious buildings and constructions. The most impressive one is considered to be the Saint Barthelemy Church which was established in the 11th century. Up to the present … Read more

Kortrijk
Among the most beautiful and attractive areas of the city, Broelkaai channel is noteworthy; this place is ideal for hiking. Several important historical sites, including the old arched Broelbrug bridge and Broeltorens tower are situated next to the channel. Towers are parts of fortifications that have been erected on banks of the river Lys in the early 14th century. Those towers are the only surviving elements of fortifications; the last large-scale reconstruction of buildings took place in the … Read more

Belgium: Map of sightseeing in regions