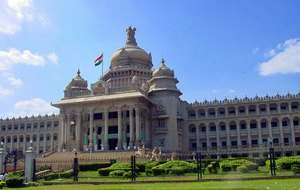 Bangalore is the capital of the Karnataka state in India. This is an amazing city, featuring an abundance of greenery and parks. You will definitely enjoy the climate here, which is mild and not suffocating. But during the Indian summer, it's quite hot here, while in the winter you can freeze at night. Interesting fact that Bangalore is kindly called the Indian "Silicon Valley" due to a big number of IT-specialists living and working here. So the part of the local population has a degree and works in one of the educational centers or IT-companies in Bangalore.
Old hotels keeping the history of Bangalore
Bangalore has amazing hotels in which modern designers managed to recreate the atmosphere of past centuries. One of these places is a luxury hotel The Oberoi Bangalore that can be found in a …

Open
Nevertheless, locals also like to hang out and do not neglect the abundance of bars here. Residents also like to spend a lot of time outside during nice walk in one of the parks or organizing family meetings in the botanical garden of Lalbagh Garden. Another favorite hobby of the local residents is to go on a picnic to Lake Kaikondrahalli to enjoy beautiful nature, listen and observe the abundance of the exotic birds.
The best time to visit the city will be the months from September to February. Bangalore is a relatively safe city in the daytime. However, the majority of the population practically disappears from the streets shortly before midnight. Even very safe residential areas can be deserted by 11 pm. Some of the low-income neighborhoods may be unsafe as soon as it gets dark, so be careful or better do not go out from your hotel. Copyright www.orangesmile.com
Best hotel choice for romantic escape, wedding or honeymoon in Bangalore
Bangalore is a perfect place for a romantic getaway. Fortune Select JP Cosmos hotel offers a full range of facilities for an unforgettable holiday for two. There are charming beige rooms …

Open
Holidays and festivals in India are the important elements of the bright oriental culture with deep history. The number of religious events that take place in India alone can easily fill the festive calendar of few big countries. Many of them are dedicated to numerous Indian gods and mythical creatures, while other traditional celebrations are particular to ethnic groups. Here you will enjoy the great variety of cultural festivals, as well as modern mass entertainments that have reached the subcontinent from the West. The brightest holiday that is celebrated all over the country is the Holi festival. No wonder that such colorful event became popular and beloved all over the world. This sacred festival of spring and love paints India with all the colors of the rainbow. The wildest celebrations are held in the biggest cities and Bangalore is not an exception. 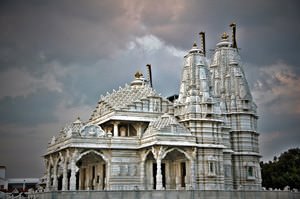 In March, when nature blossoms after hibernation, local people, as well as numerous tourists celebrate the Holi festival, which is dedicated to the victory of good forces over evil ones. The main attributes of the holiday are the painting powder "gulal" and its liquid equivalent, filled with miniature water cannons "pichkari". Since the morning, thousands of participants gather in the city streets, which become the fields of "colored battles." After dinner, the heat of passion subsides. Dressed in clean clothes, local people go on a visit to friends and families, taking with them traditional desserts - pies "gujia", flat cakes "puran-poli" and sweet dumplings "malpua".
Shopping in Bangalore - main shopping streets, outlets and boutiques
Commercial Street is the most popular shopping street in Bangalore. It houses dozens of shops selling traditional Indian saris, nice souvenirs, European-style clothes and popular national …

Open
In case you are going to visit Bangalore in November, do not miss the opportunity to witness another authentic local event - Kadalekai Parishe. This annual festival, which lasts only two days, is dedicated to the first harvest of the peanuts (groundnuts). You can also join local farmers, who seek blessings and visit the Bull Temple.

This guide to traditions and festivals in Bangalore is protected by the copyright law. You can re-publish this content with mandatory attribution: direct and active hyperlink to www.orangesmile.com.
Bangalore - guide chapters 1 2 3 4 5 6 7 8 9 10 11 12 13 14

Cathedrals and basilicas near Bangalore
♥   St. Mary’s Basilica, Bengaluru, 2.3 km from the center. On the map

♥   St. Francis Xavier Cathedral, Bengaluru, 3.2 km from the center. On the map

Survived castles around Bangalore
♥   Castle 'Anegondi Fort' , 2 km from the center. On the map

Unique landmarks in Bangalore and around 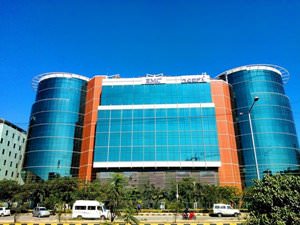 Distance from Bangalore center - 11.8 km.
Despite this, the owners of the company managed to improve the small surrounding area of the office. Trees and shrubs were planted on it. A very elegant minimalistic design is typical for the interior design of an office center. It is made on the contrast between light and dark shades. Elegant furniture made of dark wood was used in the design of offices and common spaces. The walls and ceiling are painted white in many rooms. A beautiful built-in lighting system is equipped on the premises. … Read further

Colors of Bangalore in photos

Traditions and festivals in cities around Bangalore

Chennai
Local residents feature a very welcoming and friendly nature; the unique friendly atmosphere reigns here. It attracts many travelers from other countries to Chennai. Foreign visitors have to pay special attention to local culture and traditions, the ignorance of which often causes misunderstandings with the indigenous population. Going on a trip to the temple, pay particular ... Open »
Goa
The very reverse of the colorful and noisy spring festival is the celebration of Shivaratri; it is also one of the most important cultural events. As you might guess from the name, this festival is dedicated to Lord Shiva, but its main attributes are rigor and restraint. It is noteworthy that Shivaratri is held during the waning moon and Shigmo takes place during waxing ... Open »
Colombo
Culinary traditions are an important part of the local culture, so several times a year Colombo hosts a street food festival. Its permanent venue is Hospital Street, which turns into a grandiose open-air restaurant during the festival. Famous chefs from all over the country compete in the preparation of popular dishes, all culinary masterpieces are prepared right in front of ... Open »
Bombay
The shortest and most precise definition describing the nature of Mumbai is “the city of contrasts”. The contrast is seen literally in every aspect of the city life: its architecture, lifestyle of local folks, people’s temper and their attitudes towards life. During the city cruise travelers will meet women clad in traditional sari and young people in outfits keeping in ... Open »
Male Atoll
Thaara is a local traditional music genre. It represents religious melodies played on tambourines. Musicians sit in two rows in front of each other. You can also find this type of ritual rhythms in Arab culture. National holidays are celebrated on fixed dates and connected with events and people of country importance. One of the most importance is, certainly, National Day ... Open »
Maldives Island
Traditional Islamic holidays Eid al-Fitr and Eid al-Adha are celebrated in a large scale. It is customary to cook a meal on these days, be sure to invite guests and go to visit friends and family members. On Eid al-Adha it is customary to slaughter a sacrificial animal, but often this tradition is replaced by alms. Of course, the Prophet's birthday is celebrated here. There ... Open »

Cityguide on traditions, mentality and lifestyle of people in Bangalore. Learn the best periods to visit Bangalore to discover its soul - authentic festivals, events and celebrations. We will also reveal the interesting habits, attitude towards the world and to tourists in Bangalore.