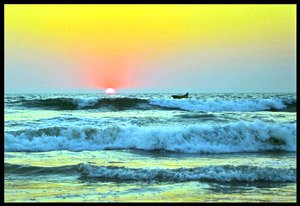 Many national holidays carried out on Goa have religious roots. However, they are quite similar to religious celebrations in usual meaning. Locals devote incredibly interesting festivals and fairs to their gods; tourists are regular guests there. Influence of the Portuguese is reflected not only in culinary traditions of Goa, but also in culture of the indigenous population. Striking examples of this effect are carnivals that accompany a significant part of national celebrations. Portugal, in turn, inherited carnival tradition from the Roman Empire, thus, making culture of Goa even more unique.
Your active city break in Goa. Attractions, recreation and entertainment - best places to spend your day and night here
Goa features marvelous beaches and charming nature, vibrant festivals and colorful markets, unique natural attractions and charming resorts. Local beaches are among the most popular and …

Open
Travelers who want to visit one of the most interesting national holidays are attracted by Shigmo. Originally it was held in honor of the long-awaited arrival of spring, the festival symbolized the beginning of a new year in the Hindu calendar. The modern festival is indescribable spectacle of celebration and fun, radiant joy and optimism. The festival is one of the most important holidays in the region; it is always celebrated on a grand scale.
The very reverse of the colorful and noisy spring festival is the celebration of Shivaratri; it is also one of the most important cultural events. As you might guess from the name, this festival is dedicated to Lord Shiva, but its main attributes are rigor and restraint. It is noteworthy that Shivaratri is held during the waning moon and Shigmo takes place during waxing gibbous. Copyright www.orangesmile.com
Advices to travellers: what you should know while being in Goa
1. One of the major drawbacks of Goa is its very hot sun, which could be literally fatal for European tourists. Many vacationers severely burn during the first day of rest, so you …

Open
In addition to Hindu festivals, locals celebrate many Christian and even Islamic celebrations. Local culture represents a unique blend of Eastern and Western traditions, which are reflected in everything. In part, it is a unique mix of cultures that allows local residents understanding and respecting people of other nationalities and religious beliefs. Interethnic relations here are pretty quiet and harmonious, so foreign visitors shouldn’t worry that they feel like strangers in a faraway country. Familiarity with cultural traditions of Goa will make the stay enjoyable and memorable.

This guide to traditions and festivals in Goa is protected by the copyright law. You can re-publish this content with mandatory attribution: direct and active hyperlink to www.orangesmile.com.
Goa - guide chapters 1 2 3 4 5 6

City tours, excursions and tickets in Goa and surroundings

Cathedrals and basilicas near Goa
♥   Basilica of Bom Jesus, Old Goa, 11.4 km from the center. On the map

Survived castles around Goa
♥   Castle 'Reis Magos Fort' , 20.2 km from the center. On the map

In many Indian families, the birth of a son is still considered one of the main goals of a man. Therefore, in such families, sons are respected more than daughters, and they are more entitled. This becomes a problem when such a child grows into a completely selfish and arrogant man, and girls grow into submissive women who are prone to self-sacrifice. A woman is expected to play the role of a parent and the custodian of the hearth, even if she lives in the city and works. Therefore, the social and psychological burden on women in India is very strong. Sexual abuse accompanied by injury or ended with the murder of the victim is one of the main problems in India. One of the main reasons for this occurrence is the idea of ​​the women as things that men own. In modern India, many activists and organizations have emerged that are actively fighting against gender stereotypes, discrimination, and violence. … Open 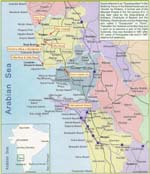 Colors of Goa in photos

Traditions and festivals in cities around Goa

Bombay
The capital of the country, the city of Mumbai has two names. The first name of the city is Bombay which is now still preferred by many local residents. The city got this name long ago during the colonial age. The modern name of Mumbai the city got in 1995. At present Mumbai is the most heavily populated city of the country. The main feature of the city is still crowds of ... Open »
Bangalore
Bangalore is the capital of the Karnataka state in India. This is an amazing city, featuring an abundance of greenery and parks. You will definitely enjoy the climate here, which is mild and not suffocating. But during the Indian summer, it's quite hot here, while in the winter you can freeze at night. Interesting fact that Bangalore is kindly called the Indian "Silicon Valley" ... Open »
Chennai
In general, it isn’t difficult to understand the culture of the indigenous population, just carefully observe their behavior. In no case express your feelings to the view, as such behavior is considered a sign of bad manners. Also keep in mind that religious places and other buildings can be taken exclusively from the left side. This feature of the local way of life may seem ... Open »
Colombo
The festival invites the most famous and popular musicians who willingly demonstrate spectators enchanting drumming. In just a few years, the WOMAD festival has gained international fame and popularity, now it is regularly visited by at least 100,000 spectators. The venue of the music festival is Galle Face Green, an ocean-side park equipped with large open-air stages. All ... Open »
Male Atoll
North Male Atoll is mostly populated with people from South Asia and the Middle East. Also, Indians, Indonesians and Saudis also live here. The capital of the island has the highest population. The Maldives is an Islamic State, so Islam has a significant influence on locals’ lives. First and foremost, it also about an alcohol issue. You won’t find it in any local store or ... Open »
Karachi
If you were expecting to find a calm and steady city, you will be disappointed because active life and hectic atmosphere are typical in modern Karachi. It is safe to say that this city never sleeps. You will be surprised to see how active local people are. They will always be in a hurry, try to sell something to you, walk fast, or do something else. Despite the fact that ... Open »

Cityguide on traditions, mentality and lifestyle of people in Goa. Learn the best periods to visit Goa to discover its soul - authentic festivals, events and celebrations. We will also reveal the interesting habits, attitude towards the world and to tourists in Goa.